Joe Biden Has Been Accused of Sexual Assault. Where Is the #TimesUp Movement?

A former staffer of Joe Biden has come forward, alleging that he sexually assaulted her while he was a Senator. She had initially approached the Time’s Up Legal Defense Fund but they turned her away, citing fears over accusing politicians. This reveals the inherent contradictions of Time’s Up. 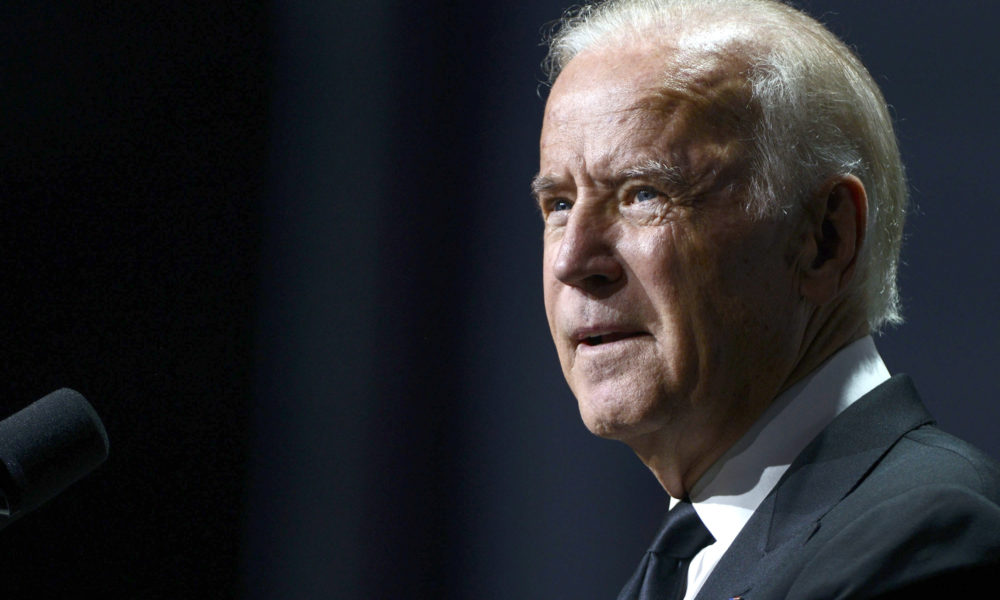 News broke this week that Tara Reade, a former staffer to Joe Biden, is accusing him of sexual assault. Reade spoke to journalist Katie Halper on her podcast and detailed an incident in 1993 during which Joe Biden sexually assaulted her while she was at work. This accusation comes after a scandal last year when eight women came forward and said that Biden had inappropriately touched them. Reade was one of those women, though in that statement she did not mention the assault, saying only that Biden would often, as a senator, put “his hand on [her] shoulder and run his finger up my neck.” The other women had similar stories of Biden violating personal space and boundaries, though none rose to the level of sexual assault. Reade did not, at the time of that scandal, speak about the assault. She said that her choice not to come forward was because she received online harassment from social media users, journalists, and politicians after she accused Biden of inappropriate contact, including being doxxed and called a Russian agent.

As first reported by The Intercept, Reade approached the Time’s Up Legal Defense Fund — an organization founded by wealthy celebrities in response to the #MeToo movement — in January in the hopes that the organization could provide her with support for coming forward about her alleged assault. Initially, she was told to consult outside counsel and that Time’s Up could provide funding for PR and legal support. However, in February, Reade was told that because Joe Biden was running for federal office Time’s Up would not support Reade in her accusation because they were worried that doing so would jeopardize their non-profit status. Essentially, Time’s Up is claiming that, because their non-profit status prevents them from interfering in an election, they cannot help any victim who has an accusation against a candidate for public office. In a comment made to the Intercept, a spokesperson said “As a nonprofit 501(c)(3) charitable organization, the National Women’s Law Center [which is the parent organization of the Time’s Up Legal Defense Fund] is restricted in how it can spend its funds, including restrictions that pertain to candidates running for election.”

In other words, if a person comes to Time’s Up with an accusation against a person running for office, then Time’s Up’s position is that they will do nothing to help them. This means that any political candidate is exempt from facing the coordinated media and legal power of Time’s Up and the organized #MeToo movement. Experts have already begun to come forward to say that they disagree with the organization’s reasoning. In the Intercept’s original reporting, they spoke to Ellen Aprill, a professor of tax law, who argued that if Time’s Up was able to show that they had an “objective criteria” for who they took to court — a criteria that was apolitical and removed from the specifics of any individual case — then they could absolutely pursue allegations against a political candidate. The non-profit regulations about engaging in elections is to prevent groups from explicitly engaging in electoral politics but, in the words of Aprill: “Groups are allowed to continue to do what they have always done.”

Interestingly, Anita Dunn, the managing director of the PR firm that works with Time’s Up, is effectively in charge of Biden’s campaign. While, at this point, it isn’t known what effect Dunn’s connection to Time’s Up played on the decision, the conflict of interest is clear. That the head of the PR firm that Reade would have used to support her allegations against Biden is also the head of Biden’s campaign means that there are clear pressures on Time’s Up to not get involved in a campaign against Biden. Biden’s establishment connections — like all other establishment figures — run deep and mean that he has allies everywhere.

This situation reveals the ways in which powerful figures are able to get away with sexual assault and harassment unchecked. From Harvey Weinstein to Jeffrey Epstein to Donald Trump to Bill Clinton to, potentially, Joe Biden, men with money and power are able to get away with countless acts of violence against women without recourse. That an organization founded nominally to help people dealing with sexual harassment and assault in the workplace would exempt politicians from accountability is a dereliction of duty in the highest degree.

But there is an explanation: the class content of Time’s Up.

Time’s Up is an organization founded and funded by capitalist feminists, including Melinda Gates and Oprah. Time’s Up is part of a liberal and capitalist feminism and is materially tied to capital. This fundamentally limits its ability to deal with exploitation because capitalism, by its nature, is exploitative and, as such, reproduces violence within itself. This is the inherent contradiction of liberal feminism. Time’s Up, as an organization by and for capitalist feminists, represents not a continuation but a betrayal of the #MeToo movement. Compare the establishment response of Time’s Up to harassment to the response given by the working class: workers at Google and McDonald’s walked out of their workplaces to protest sexual harassment policy and in March of this year workers at publishing houses forced their employers to cancel the publication of accused pedophile Woody Allen’s memoir after they staged a walkout. By grounding the fight against sexual abuse and harassment in workplace organizing, workers are able to actually take a stand against systematic abuse and exploitation. Only workplace organizing will  protect workers against their bosses — in whatever ways that they need to be protected. Only through attacking capital in the workplace can we win measures against inequality — protections against harassment, equal wages for equal work, etc.

That the Time’s Up Legal Defense Fund is a non-profit organization and needs to, on some level, collaborate with the government in order to maintain its status makes it a completely ineffectual watchdog for the powerful. Additionally, the fund is financed through donations and at least three of their top donors from 2018 have been accused of abuse in either the workplace or their personal relationships — Aziz Ansari, Gary Oldman, and Rosario Dawson. How will the organization react when/if other major donors are accused? These are the material pressures that the rich and powerful are able to exert in order to protect themselves from accountability.

We may never learn the truth of the allegation against Biden, as any investigation that takes place will undoubtedly be an internal investigation conducted by Biden’s friends and allies. However, it is important to understand that both Biden and the U.S. state have a responsibility to respond to this allegation. Joe Biden is an establishment figure who was a sitting U.S. senator at the time of the alleged assault. A response must be made and a truly independent investigation must be launched. However, we all know that that is highly unlikely to happen. Indeed, this allegation is unlikely to derail Biden’s campaign — look at Donald Trump and his 25+ allegations of assault and harassment. However, it is important to, at this juncture, not fail Reade the way that our society has failed the accusers of Trump, Clinton, and others.

Capitalism cannot deal with these situations because those with money and power will always use their power to oppress and suppress those without, because that is what the system is set up to do. The fact that Biden et al cannot be held accountable for their actions isn’t a bug of our system but, rather, a feature. Politicians of both parties are unified in not wanting accountability — just look at the bi-partisan insider trading that occurred around the coronavirus.

Reade, in her account of the assault, says that, after she pushed Biden off of her, Biden said “Come on, man, I heard you liked me…You’re nothing to me.” That attitude is indicative of the ruling class’ view of the working class: we mean nothing to them. They are willing to let us die of the coronavirus if they can make some money in the stock market, they will fire and then evict us, they will assault and abuse us. And then, if anyone comes forward about what they’ve experienced, they encounter a rigged system that protects those with power from accountability. This is the system of capitalism laid bare. Joe Biden and Donald Trump are just two sides of the same coin, both champions of capital who will do whatever is needed to ensure that they and their rich friends do alright. We mean nothing to them and they’ve designed a system to make sure that we can never find justice.