Join Left Voice for our International Rally on May Day 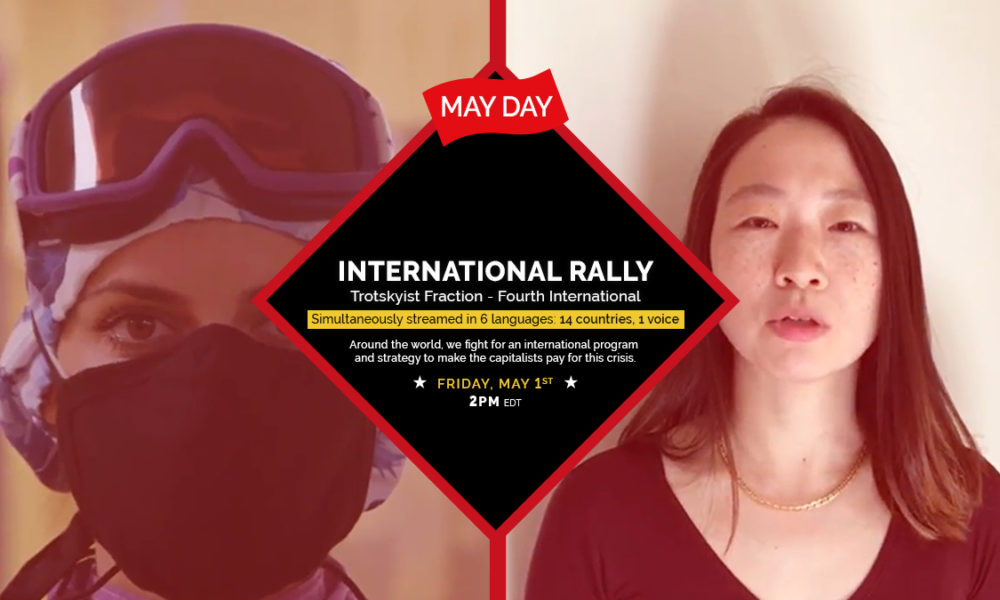 This May 1 finds us facing a crisis of historic proportions, one that presents exceptional challenges and opportunities for the global working class. As millions of people are left unemployed and on lockdown, frontline workers are fighting for protections and against their governments’ despicable responses to the pandemic.

Join Left Voice and the Trotskyist Fraction – Fourth International in a virtual international rally to commemorate May Day and the struggles workers in every country are undertaking to combat the current public health and economic crises. The event will be streamed from 14 countries in 6 languages, simultaneously translated to English.

We will hear from revolutionary socialist leaders in the workers movements around the world — from Europe to Latin America and the United States — about the current situation in their respective countries and the need for a socialist, internationalist response to confront the crisis.

We are coming together this May Day to say: we will not pay for this crisis!

Tune in to Left Voice at 2pm EDT at https://www.facebook.com/LeftVoice.org/. Link will be posted in the event page.

Read the statement written by revolutionary socialist organizations from 14 countries and the Left Voice / La Izquierda Diario network for May 1, International Workers’ Day.