A police officer shot 26-year-old Patrick Lyoya in Grand Rapids, Michigan last week. Videos released on Wednesday give us a glimpse into the latest atrocious muder of a Black man at the hands of the police. No justice, no peace. 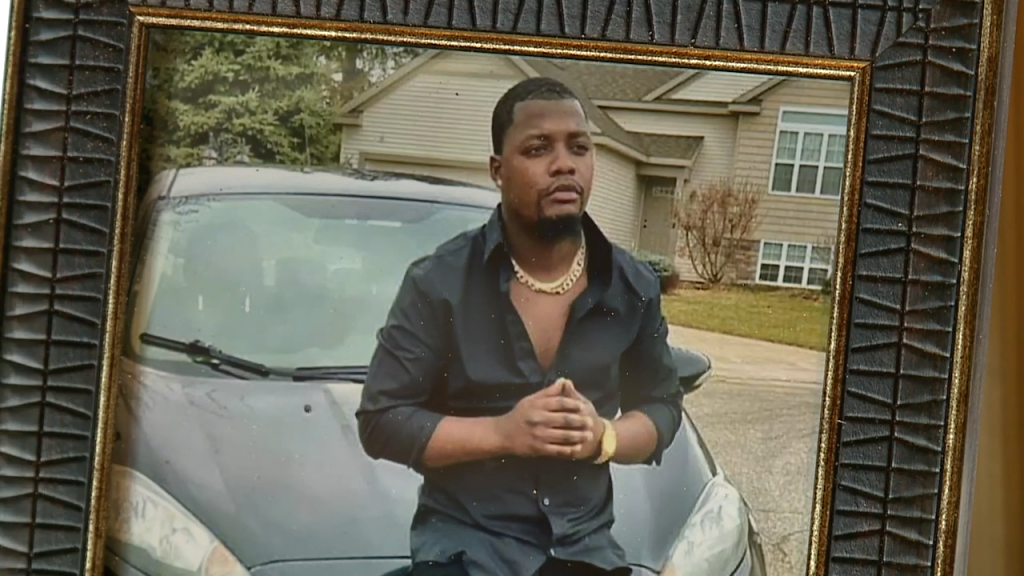 Patrick Lyoya was driving his car in Grand Rapids, Michigan on April 4 when a police car pulled him over. Within five minutes, he was dead.

Recently released dashcam video of the killing shows Lyoya, a Black man and immigrant from Congo, being pulled over, allegedly because the license plate didn’t match the car. It’s unclear why the cop decided to run the plate at all.

Once pulled over, Lyoya gets out of the car and the police officer then begins to scream at him to get back in the car as he approaches Lyoya with one hand on his (still holstered) gun. Lyoya, who seems confused, is asked for his drivers license and, after opening and then closing the driver side door, begins to walk slowly toward the front of the car — presumably to walk around to the other door — when the officer grabs him. Lyoya responds defensively and the two struggle. Lyoya breaks free and tries to run away when the officer tackles him. The dashcam video then shows them struggle largely out-of-shot — captured, however, is the cop kneeing Lyoya several times in the stomach.

Also released was the body cam footage of the killer cop. Complicating this video are two things: for much  of the interaction the body cam is so close to Lyoya’s body that it becomes hard to make out anything that’s happening and, right before Lyoya is killed, the camera was “deactivated” (according to the police department.) What the video does show is the cop tackling, grabbing, and attempting to tase Lyoya at multiple points. Lyoya, for his part, seems to only attempt to break free, run, and grabs the taser to push it down away from his body. For this, the state would have you believe that Lyoya deserved to die.

The police also released video from a neighbors security camera (which shows little more than a pixelated conflict between Lyoya and the cop) and the cellphone video of a third party (who appears to be a passenger in Lyoya’s car.) The cellphone video is the most damning.  Lyoya  and the cop are seen struggling on the ground (with Lyoya clearly using his hands to push the taser away from his body, not attempting to turn it toward the cop) as the cop yells repeatedly “let go of the taser.” The witness (who previously yelled “he’s not resisting” as the officer repeated “stop resisting” during a moment when the body cam footage suspiciously went dark and audio-only) yells “he’s aint got no taser” but it isn’t clear on the video whether or not Lyoya has let go of his defensive hold on the taser. A few seconds after that, the cop draws his gun, puts it to Lyoya’s head, and shoots him.

Unsurprisingly, the cops and their supporters are trying to frame this as justifiable killing of a suspect who poised a threat to the police officer. They talk about how there was a “struggle” but that isn’t what the video shows. What the video shows is an aggressive cop escalating a traffic stop, physically attacking a Black man as he was trying to comply, chasing him and attacking him when he tried to run, attempting to taser him, and then shooting him while the cop was fully pinning Lyoya to the ground. Every act of Lyoya’s seen in the video is an act of self-defense, self-defense against a member of the racist gang who is frequently known to murder Black men like Lyoya during traffic stops.

Protests have already broken out in Grand Rapids, which have active anti-police brutality organizations who immediately took up the case.  These protests should continue and spread out across the country, and reject any attempt to justify Patrick’s death because he defended himself against police violence.