Kamala the Cop in the White House: No Victory for the Oppressed

The media and politicians portray Vice President-elect Kamala Harris as a hope for women and racial minorities, but her track record shows that this is a progressive illusion. Here’s a view from France. 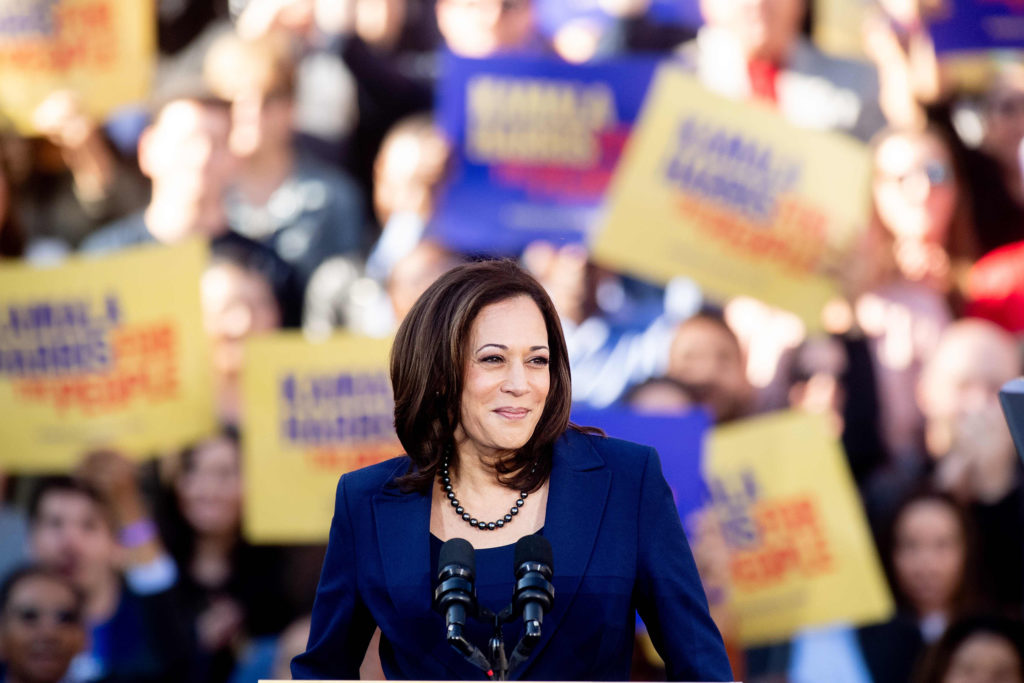 Since the Democratic Party victory in last week’s election, the media has not hesitated to describe the choice of Kamala Harris as the new vice president as a victory for women and people of color. Even here in France, it seems to be a time for celebration. Élisabeth Moreno, who serves as Minister Delegate for Gender Equality, Diversity, and Equal Opportunities in the prime minister’s office, wasted no time tweeting her congratulations when the results were announced, declaring democracy would be “a vector of emancipation.”

Beyond the surface-level depictions of Harris as the “female Obama” who represents progress because of her background and gender, the picture darkens and reveals the continuities between Trump presidency and the Democrats. If at first glance Kamala Harris appears to be “progressive” because of her past support for Medicare for All , even a shallow dive into her career shows that she is neither an ally of workers and poor nor even a “vector of emancipation” for women, those oppressed by racism, or the country’s LGBTQ community.

After serving as San Francisco’s district attorney from 2003 to 2010, Harris became the first Black woman elected as California’s attorney general. In 2014, after cops shot and killed two Black men, she refused to launch an investigation. The next year, when a bill was introduced in the legislature that would require her to appoint a special prosecutor to pursue cases of police brutality, she opposed it.

Known as the “top cop” in San Francisco and California, she persecuted the homeless and participated in mass incarceration, even jailing parents whose children were not attending school and strengthening the laws against drug use. She helped make the situation for sex workers more precarious by establishing a whistleblowing program that encouraged hotel managers and truck drivers to report them to the police. She also used entrapment, having female cops pose as escorts. Claiming these operations were aimed at “protecting sex workers,” they actually increased the danger of such work.

Meanwhile, she faced withering criticism for keeping journalists from accessing 80 years’ of files she possessed on how the Catholic Church dealt with pedophile priests. These files included information on Cardinal William Levada, the former archbishop of California, who was responsible for maintaining secrecy about multiple cases of child abuse.

Is Breaking the Glass Ceiling a Victory for Feminism?

Kamala Harris developed and forged her identity in the racist and sexist world of U.S. cops and judicial institutions, an environment in which a person has to use sharp elbows to establish a position — quite often at the expense of the most exploited and oppressed sectors of society. But after so many racist and sexist murders by cops — George Floyd, Breonna Taylor, and Tony McDade, to name but a few — how can we possibly agree with the media and organizations such as Nous Toutes [We All] that the the election of Harris is a good thing for immigrants, communities of color, or poor and working women simply because of her Indian and Jamaican origins or the fact that she is a woman?

Tweet from Nous Toutes [We All]: “A new pioneer: Kamala Harris, Joe Biden’s running mate, is set to become the first Black woman vice president of the United States.” The caption of the retweeted photo: “Vice President Kamala Harris, the pioneer who never gave up. Throughout her career, Kamala Harris has managed to break down barriers …”

In her speech at the Democratic Party convention, Kamala Harris — referring to Donald Trump — said, “I know a predator when I see one.” Sure, Trump has not been progressive. In the wake of the #MeToo wave, he was caught talking about grabbing women “by the pussy.” But the statement of Harris is tinged with hypocrisy. She ran with and now stands side-by-side as vice president with Joe Biden, who faces multiple accusations of sexual harassment and abuse that the media has kept silent about for months.

First published in French on November 10 in Révolution Permanente.