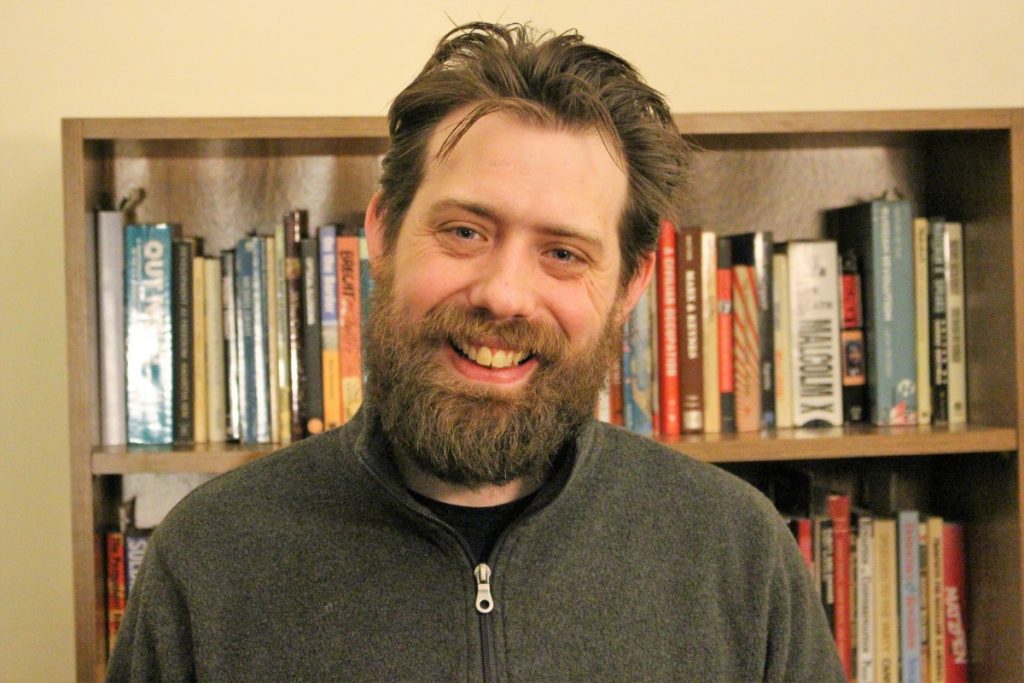 After gathering almost 11,000 signatures for Fred Linck to be added to the ballot, Socialist Action’s Senatorial campaign faces the threat of bureaucratic exclusion. All defenders of democratic rights should protest this outrage and demand Fred Linck be included on the ballot.

As the Linck campaign explains, “The Secretary of State’s office is threatening to rule Socialist and Iraq War Veteran, Fred Linck off the ballot when dozens of petitions are still in the hands of town clerks…With more than 6,700 signatures already verified, it is clear that there are easily enough valid signatures among the remaining uncounted or rejected signatures (some 4,200) to bring the total above the 7,500 needed for ballot status.”

This anti-democratic maneuver threatens to silence not only the Fred Linck campaign’s radical message, but any organization that dares to organize outside the confines of the two-party system. Indeed part of the reason voter turnout is so low in the United States is the common refrain that “the system is rigged,” and in fact it is! Across the board, innumerable obstacles block the democratic participation of the U.S. working class. From the suppression of the Black vote in Florida in 2000, to the anti-democratic electoral college, to the “winner-takes-all” structure of government, American electoral politics are rigged to favor the two parties of the bosses, Democrats and Republicans.

As one of a tiny handful of class-struggle, anti-capitalist candidates, the Linck campaign provides a small dose of clarity and principle in what is otherwise a swamp of pro-capitalist politics. Asserting the need for a total break from all capitalist parties and an independent working class program of social change, SA’s senatorial bid aims to spread its radical socialist message to broader sector of the working class — something Left Voice wholeheartedly supports.

Whereas the Democratic Socialists of America star Alexandria Ocasio-Cortez showed her true colors by praising John McCain as “an unparalleled example of human decency and American service,” Fred’s organization correctly explained that McCain was a reactionary, right-wing war criminal, a “bigot to the end.” Fred Linck, himself an Iraq War veteran, has taken a brave stand against U.S. imperialism, having come to see that he and his fellow soldiers had more in common with Iraqi workers than the wealthy elites, politicians and military command that started the war.

Anyone who wants to break the stranglehold of the two-party system has a stake in opposing such exclusionary measures against independent, anti-capitalist candidates.

The Fred Linck campaigns is asking the public to call the Connecticut Office of the Secretary of State, headed by Democrat Denise Merrill, and demand all signatures be counted and Fred be rightly included on the ballot. The relevant contact information is found below:

Office of the Secretary of the State
Telephone: (860) 509-6200
(Select the option for elections, and then the option to call as a member of the public)
Business Hours: 8:30 a.m. to 4:30 p.m. Monday through Friday
Deputy Secretary of the State,
Scott D. Bates (860) 509-6212
Ask Denise Merrill on Facebook:
Facebook:
https://www.facebook.com/SOTSMerrill/
Or on Twitter:
Tweets by SOTSMerrill

Interview with Fred Mitch Linck, candidate for US Senate in Connecticut