On Saturday, the leadership of the International Association of Theatrical Stage Employees (IATSE) struck a tentative agreement with the Alliance of Motion Picture and Television Producers (AMPTP), averting a strike that was a little over 24 hours away. Here, we gather some testimonies from IATSE members on why they will be voting no on the agreement. 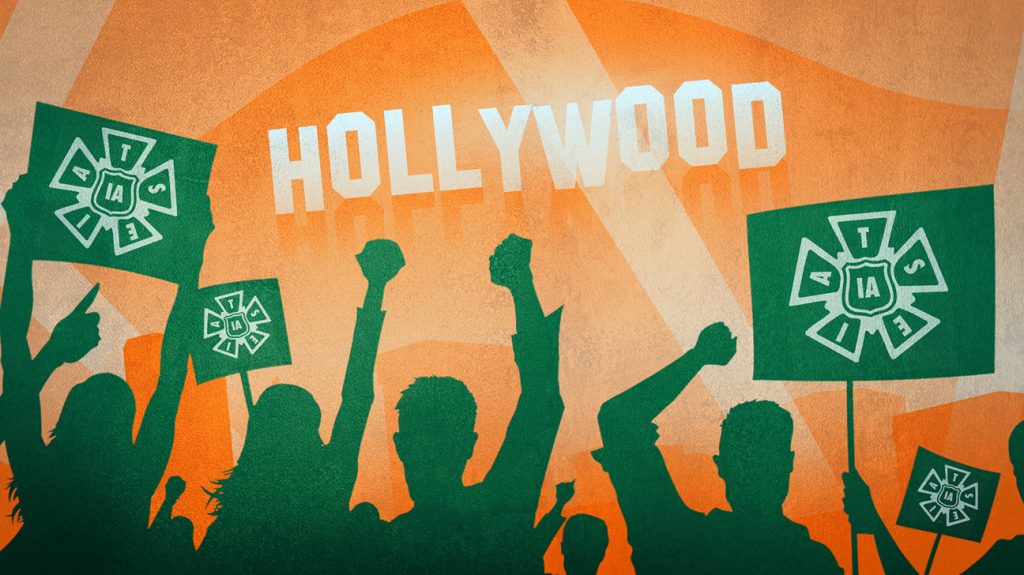 The International Association of Theatrical Stage Employees (IATSE) was on the brink of a strike that could radically change the way the entertainment industry functions. With demands about reduction in work hours, higher wages, and residuals from streaming, the demands put forward by the rank-and-file of IATSE are incredibly popular, with 98 percent voting to authorize a strike.  The IATSE leadership averted the strike day set for Monday, October 18, by reaching a tentative agreement reached with the bosses that addresses none of the most important demands. This tentative agreement is now being sent to the locals to be voted upon.

Left Voice is asking IATSE members to share why they are voting no.

The demands set forth like shorter working hours are important for me because the current working hours are unsafe. Often, we work 14-20 hour days and have no time to sleep and zero time for families or ourselves. People wreck their cars and have died from these work conditions.

This is one of the reasons I will vote no.

This industry is abusive. From how production and, many times, the actors treat crew, to how we are expected to endure unsafe working hours, often outside in the elements or in old studios, would not be acceptable in most other workplaces.

Because it’s film, we’ve endured it under the disguise of Glamour and fame. It’s all a lie. I feel like IATSE leadership sold us out in order to avert a strike that needed to happen. Our demands were not met. I believe my fellow union members will vote no and I hope they do or I and many like myself will leave this abusive industry.

The demands we are fighting for are important to me because I have no life outside of work due to the hours we work. I love my job but I hate this lifestyle and having to choose between the two is unacceptable. Additionally, our rates have not kept up with the increased cost of living in this city. I’m voting no on the tentative agreement because it does not go far enough to protect against the long 14-16 hours days that constantly hang over our heads. We are expected to show up for work at the call time and not leave till we are done shooting. In between that time, they do not tell us when they expect to be done or if they expect to go over. You are there until you’re not and it’s exhausting. It’s the only job I know that functions this way. It doesn’t go far enough to get me the turnaround time I need to rest, and have a hobby outside of sleep.

I feel that IATSE leadership has been handling this cycle of negotiations very poorly and with very little communication. I’ve sat in on multiple meetings with my local that run around three hours long. The one question we keep asking them is this: What are the exact things we are asking for? What does reasonable rest mean? What does a living wage mean? They have answered our demands for specifics with vague answers that relay little to no information. Then comes the summary of their agreement and it addresses little to none of the issues and specifics we had been asking for. When they received the backlash, you would have thought they had never heard our demands before now, even though we had multiple surveys and meetings regarding what the membership wanted.

I want our members to know that we have to demand better. We have to send our leadership back to the table so they negotiate a deal that more accurately reflects our needs. We should demand more from Loeb than this deal. Keeping the status quo is not enough. It’s time for change!

We are a strong union and had 99% in favor of a strike because we’re exhausted. Our leadership failed to ensure basic human needs, let alone protect us from continued flagrant abuse which jeopardizes our health and safety. It is utterly shocking and there is a feeling of revolt.

Our leadership is too far removed from the laborers’ realities. They have $470k salaries (Matt Loeb), cush jobs, and for all we know, they’re getting greased by the streaming corporate giants. They are severely abusing the system of collective bargaining and there is going to be severe backlash if they don’t stick to their promises of focusing on employer abuse inhumane working conditions.

It’s ironic that so much of the content I work on is about bringing awareness to mental health, promoting self-care, personal boundaries, etc. I wonder if the producers and showrunners experience cognitive dissonance from promoting this content while simultaneously making the crew skip meals and breaks and work overtime every day. The on-camera talent is speaking this truth in the spotlight while everyone in the dark studio around them is suffering the exact maladies they’re speaking of. It’s no wonder we’re cynical and disillusioned.

The good news is that we have each other. We have strength in numbers. A labor stoppage would hurt the studios and streaming giants FAR worse than the workers, because we’re talking hundreds of millions in revenue.

We are one of the strongest unions in the country. We CAN change our working conditions.

At my IATSE local orientation meeting 7 years ago, we were told the primary purpose of collective bargaining is to ensure good working conditions, which wouldn’t be achieved individually — because we work as a team, and because as a team we can say “no” to working under poor conditions. Rates are negotiated individually (albeit with established standards)…but the WAY we work is the one thing that takes the collective power of the whole group.

In order for collective bargaining to work, we practice solidarity. We all agreed to this when joining. Solidarity requires a union member who has it good to recognize when their fellow workers are being abused. Also, our leaders need to recognize that working conditions are the core issue. Their email communications have been addressing this, but the tentative agreement barely does.

99% of our union voted yes to strike authorization and we were all ready to take action Monday, but our leaders seemingly caved to their own interests rather than ours – the laborers suffering abuse. I hope 100% of members vote NO to ratification.

Are you an IATSE member voting no on the tentative agreement? We’d love to hear from you! Email us at [email protected] with your testimony.