The re-establishment of diplomatic relations between the United States and Iran, interrupted since the 1979 revolution, is making the geopolitical structure that dominated the Middle East for almost four decades, creak. 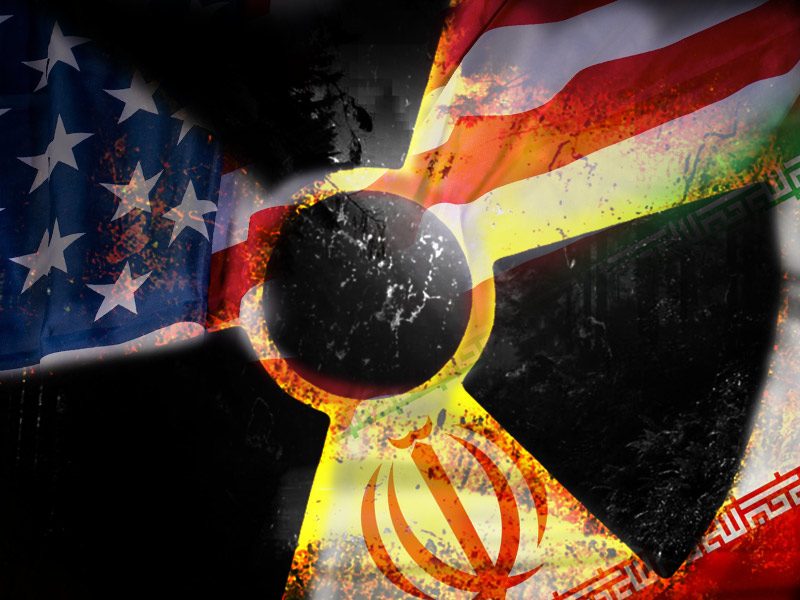 On July 14, the United States, at the front of the so-called “G5+1” (the five permanent members of the United Nations Security Council, plus Germany) sealed the agreement with Iran to limit its nuclear program in exchange for the lifting of economic sanctions imposed by the Western powers.

After 20 days of feverish negotiations in Vienna, Iran and the G5+1, under US leadership, signed the text of the agreement to limit the Persian country’s nuclear development for at least 15 years. In exchange, the Western powers will gradually lift the economic sanctions imposed on Iran. The so-called “Joint Comprehensive Plan of Action” will crown a prolonged process of almost two years of interrupted negotiations, of postponed deadlines and of secret United States diplomacy on several fronts.

The main content of the agreement establishes that Iran will have to reduce the number of centrifuges that will permit it to enrich uranium – from the 19,000 current ones to 6,000 –; it will not be able to accumulate more than 300 kg of enriched uranium from the 10,000 that it now possesses (that will probably be exported to Russia), and, for 15 years, it will be subjected to a regime of inspections from the International Atomic Energy Agency.

The agreement will come into force, once the UN Security Council changes the text into a resolution, that is, it will give it a status of an international document, and the first round of inspections will be carried out. That is, the effective and gradual lifting of the sanctions will begin to be in force within at least five months, although the Iranian regime is saying something different.

On the other hand, the embargo of conventional weapons that weighs on Iran continues in force for another five years, while the United States continues arming Israel (in May, Congress approved an arms sale for $1.9 billion) and Saudi Arabia spent, in 2014 alone, some 80 billion on arms.

Both parties claimed a victory, taking the part of the agreement that suits them most. Even the Iranian Minister of Foreign Affairs, Mohammad Javad Zarif, defined it as a “win-win solution.”

Even the Argentinian government, with much more modest objectives, understandably, got on the bandwagon of success, by trying to connect the memorandum of understanding signed in 2013 with the Islamic Republic of Iran for the clarification of the attack of the AMIA, with this Copernican turn of United States policy towards Iran.

In evaluating the immediate result of the negotiations, the majority of analysts make a first division between winners and losers.

On the winners’ side are:

Barack Obama: The signing of the agreement is, perhaps, together with the normalization of diplomatic and economic relations with Cuba, the only significant success in foreign policy of his two Presidential terms.

From the domestic point of view, Obama is seeking to show the Republican opposition that he is not a “lame duck,” and, as he said in an extensive interview granted to the daily paper The New York Times, he hopes to leave as a legacy, a change of dimensions similar to Nixon’s accord with China, or that of Reagan with the Soviet Union. This, together with the improvement of economic conditions, is making the Democrats begin to delude themselves about winning the next elections.

Iran, especially President Hassan Rouhani: For the Islamic Republic, it means leaving the condition of international pariah, to which President Bush sentenced it for 13 years, when he included it with North Korea and Iraq in his famous “axis of evil.”

The agreement permits Iran to legitimize its nuclear program, that will continue, although with limitations. The two wings of the regime – the reformists in the President’s office and the more conservative groups that are running the state through Supreme Leader Ali Khamenei and dominating the military machine and the economy, are capitalizing on the result of the agreement. They can arrogate to themselves having avoided the national humiliation that a plain and simple renunciation of the nuclear program would have meant. This success avoids, for the moment, the intensification of the internal fractures of the regime.

From the economic point of view, Iran will be freed from the sanctions imposed by the United States and the European Union, that, in the most recent years, smothered the country, increasing internal disputes and popular discontent. These elements are sufficient for strengthening its role as a regional power, facing its traditional rivals, mainly Saudi Arabia, and giving new encouragement to its allies, like Hezbollah.

Russia: Its profit is two-fold. From the geopolitical point of view, despite being in its worst confrontation with the West, because of the conflict of the Ukraine, Russia has rebounded in international politics. Obama considered as positive not only its role in the negotiations, but also its willingness to seek a negotiated solution to the crisis in Syria. In addition, Putin is hoping to resume the sale of weapons to Iran, as the sanctions are being lifted, but that Russia will be the recipient of the enriched uranium that Iran will not be able to store on its own territory.

On the losers’ side are:

Saudi Arabia: The Saudi monarchy fears that normalization of the relations between the United States and Iran will put at risk the critical role that up to now it has played for the preservation of US interests in the region. Historically, Iran has been the main rival of the Saudi monarchy. This rivalry was intensified after the 1979 revolution, the shock wave of which made itself felt in the Muslim world. Iran’s regional strengthening as a collateral effect of the US invasion in Iraq and the overthrow of Saddam Hussein, and the reactivation of the confrontation between Shiites and Sunnis, exacerbated the disputes with Saudi Arabia so much so that several analysts are talking about a cold war between Iran and Saudi Arabia, that is nurturing the civil wars from Syria and Iraq as far as Yemen. Iran’s potential of producing petroleum and gas, that will be developed as a by-product of the lifting of the sanctions, will give this geopolitical conflict an economic dimension.

Israel: The relations between Obama and the Israeli Prime Minister, the ultra-rightist Benjamin Netanyahu, are seriously damaged, such that Netanyahu is acting openly together with the Republican opposition in Congress against the agreement with Iran. The two priorities of the Israeli Prime Minister are to prevent the emergence of a Palestinian state and to prevent Iran from being strengthened as an actor with regional weight, much less, its being able to acquire nuclear arms, something that is considered a direct threat to the security of the State of Israel. Together with the Republican Party hawks, he unsuccessfully pressed for the United States’ adopting a harsh policy against Iran, that would go from making the rules of sanctions more strict, up to some type of military intervention. For that reason, he described the agreement as “an historic error.” This absolutely does not mean that the strategic alliance between the United States and Israel is in question, but it does mean that the relationship will be tense, up to the end of Obama’s term in office, which could lead to some tactical change in the historic policy towards Israel.

The US Congress has 60 days to discuss the agreement. It is very likely that the Republican majority in both Houses will vote against. However, Obama has already announced that he will veto any resolution from Congress that puts at risk the agreement reached with Iran. In that case, the Republicans would need a two-thirds majority to revoke the presidential veto, something that is out of their reach. So, although they will use the debate in Congress as another argument for the election campaign, and they will keep the sanctions law (that, just like the embargo against Cuba, can only be repealed by an act of Congress) in force, they will not be able to reverse the course taken by the Presidency, at least up to the end of Obama’s term of office.

But the snapshot of the agreement is one thing and the movie, another

Obama’s pragmatic turn has as an objective achieving the cooperation of the Iranian regime to de-escalate regional conflicts that have been consuming the resources of the United States for more than a decade: the civil wars in Syria and Iraq, resolving the occupation of Afghanistan, and defeating the Islamic State.

After the defeat of the militaristic and unilateral strategy of Bush and the “neocons,” Obama appears to be returning to the traditional system of mutual equilibrium among the different powers of the Middle East, that will allow the United States to reorient its own diplomatic and military resources towards the Asia Pacific region.

But beyond the declarations, the situation has also revealed the limits of US power. The United States could not control its traditional allies, mainly Saudi Arabia and Israel, that are pursuing their own interests through changing alliances not always useful to US policy. This fuels conflicts and confrontations in the setting of a region still plunged into instability and chaos, with states at the point of disintegration and a civil war within Islam, that is far from having been ended. For that reason, the truly historic dimension of the agreement remains to be seen.