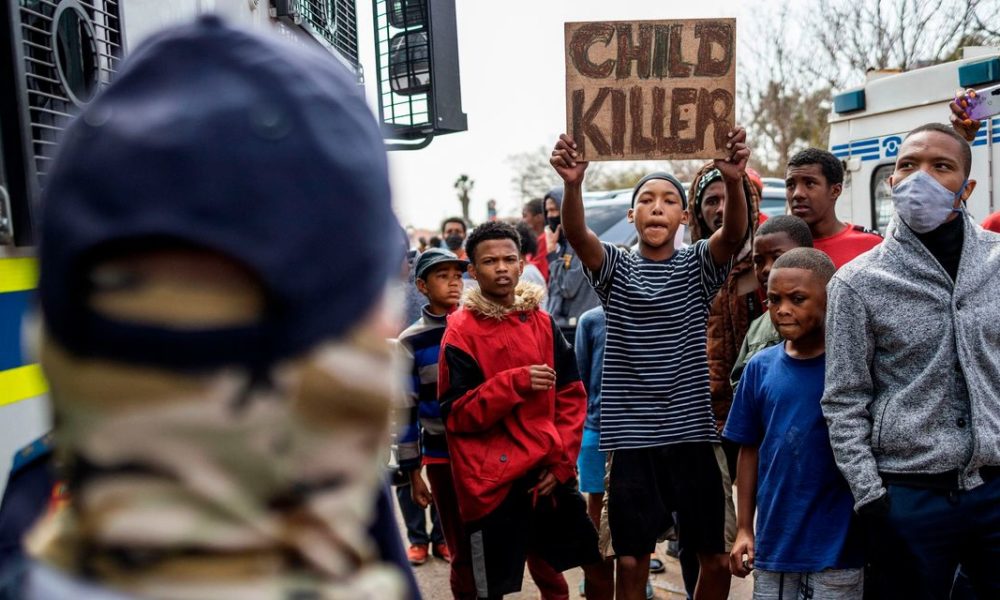 Nathaniel Julius, a a16- year- old boy known to friends as Lokkie,was murdered by police in Eldorado Park, in Johannesburg, South Africa on Tuesday, August 25. Police approached and asked him what he was doing, but Julius had Down Syndrome and struggled with speaking, making it difficult for him to reply. So they shot him in the chest and threw him in the back of a police van.

Asked by residents where they were taking Julius, the police gave misleading directions to throw people off who might follow, buying themselves time to drop him at a hospital and leave. That’s exactly what they did: Julius was pronounced dead on arrival, and officers immediately left. They claimed later, in a string of dirty lies, that he had been killed in a “gang fight.”

Members of the Eldorado Park community already feel harassed by police. Morne Liaz, a leader of a youth group in the community, commented that he doesn’t feel safe around police. He cited things they do, such as sending 20 vans to detain a woman “who hasn’t done anything.”

This disdain for the police is shared by other Eldorado Park residents. Demonstrations have broken out. Protesters are demanding Justice for Lokkie, an investigation of the police department by Human Rights commissions, and a “complete overhaul of the police executive at the local station.”

Black lives suffer at the hands of police across the world. That’s why there needs to be an international effort to abolish the police everywhere, and the global abolition of the capitalist system they exist to protect. From Kenosha, Wisconsin to Eldorado Park, Johannesburg, the working class and the Black vanguard are rising up against the state in defense of the lives of Black men, women, trans people, and disabled people. These struggles will continue until the oppressed achieve a complete victory!