KRS-One has been rapping since 1987 — three decades of expressing radical Black politics and not selling out. His new album Between Da Protests is a manifesto for Black Lives Matter. 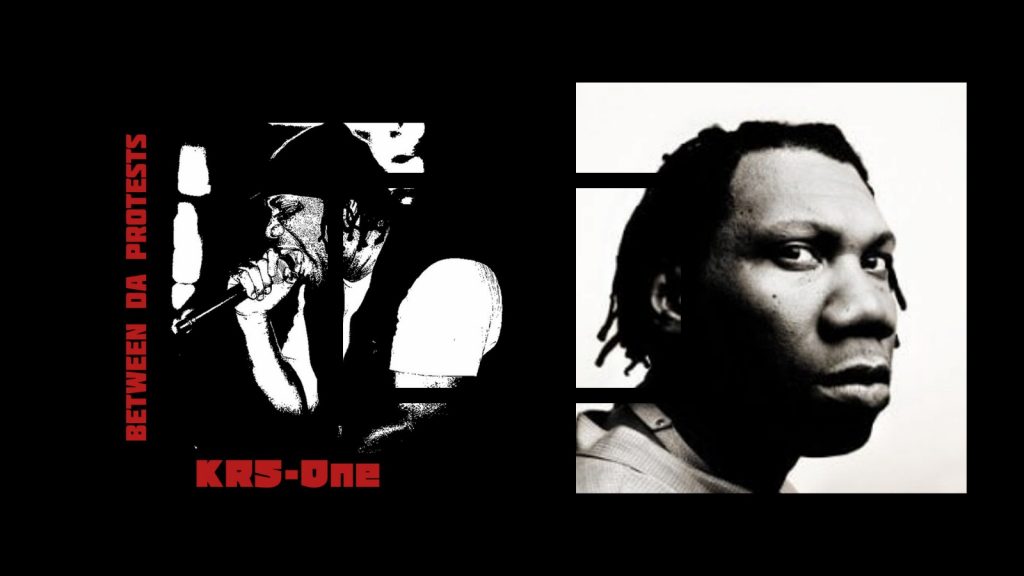 Many self-described progressives, and even socialists such as AOC, are currently telling us to trust the Biden Administration. But in Between Da Protests, KRS-One directly attacks the two major capitalist parties in the United States. The album includes denunciations of police racism, boasts on his own rap skill, Black pride, and comments on raising consciousness. No surprise: KRS’ well-known “Sound of Da Police,” written after the Rodney King uprising in 1992, famously called the cops “overseers.”

Between Da Protests rises above the norms of pop culture and even KRS’ previous work with incisive, combative arguments. They come through unique, bumping songs. Rage is joined to a sober political analysis. Listen to this album.

The third track urges, “Don’t Fall For It … The whole system’s a set-up.” This song strikes at the core of the U.S. political system: “The Reps and the Dems are the same. This one’s shootin’ us up, that one’s lockin’ us up … No justice, but in four years they hypin’ us again.”

The album is effective because KRS investigates modes of hypocrisy in the official responses to the George Floyd uprising and places problems before listeners. The album points to a court system that has let off police for murdering Black people for decades. Police departments and prosecutors cover up these murders. No one can criticize “violence” unless they demand real action against these police crimes — including the logical next step of disarming and abolishing the police.

KRS offers a sophisticated examination of the contested ideological process. He attacks what he sees as bad-faith pretense by the major news and music corporations who embrace Black Lives Matter in words, but only in order to coopt, defuse, and defeat the movement.

He sharpens this analysis by asking about the class position of the people who control intellectual production and political organizations. A pivotal track depicts how capitalist politicians win hegemony over people of color through arrogant ideological maneuvers:

They all tell lie.

Run up in their office with that boom bye bye.

Social injustice, they the reason why.

Hit these corporate thieves with that boom bye bye.

Now you want to come and act like you my guy.

These lines imply that social conflicts cannot be solved with words but must be solved by independent organizing of the oppressed.

Discussion of the brazen manipulation by bourgeois politicians and journalists fills the album. KRS explains that the system isn’t broken — it’s doing what it is built to do. Therefore he advocates revolution. Moderation in order to request a kinder, gentler and more just system does not work. And forceful, definite, and combative positions — far from being unrealistic by preventing negotiated reforms — are necessary to politically awaken, orient, and unite increasing layers of oppressed and working-class people.

“Don’t Fall For It” puts this argument in terms that echo James Baldwin and Malcolm X:

They see through it all, that ‘America needs to heal’ deal.

America ain’t really sick, this is what it really is:

Gunshots and cages for Black and Brown little kids.

Now they actin’ like they not the cause of how we live.

Do not tell me what you gonna do, I can see what you did

KRS goes on to ask if the interests of the Black working class are represented. He concludes that within U.S. capitalism, “democracy’s a joke” with an entrenched “white law monopoly.” He points to the ratcheting up of exploitation, poverty, and austerity, and says that the abuse of Black workers is fundamental to the capitalist economy — like, for example, the majority Black warehouse workers currently fighting to unionize at Amazon in Bessemer, Alabama.

What is to be done? KRS calls for Black self-determination. A critical understanding of the oppressors’ manipulative tactics is needed to prepare oppressed and working-class people for revolutionary action: “Yeah we all know it but nothing ever changes. They part of the system that puts us in cages. Time to break out, every race, all ages.”

The album offers an oblique attack against tendencies that depoliticize and weaken the oppressed — tendencies represented by the bureaucracies of the social movements. KRS asks what needs to be done to help the popular masses to raise their own level of perception of how the system operates. In his rap, the Democratic Party is nothing but a bourgeois “Range Rover” making minor adjustments while rolling the state forward in the same direction as before. Trying to “tempt me with the Maybach or the Bentley” stands for buying off rappers, either directly (to abandon social struggles) or insidiously (to twist literary production from social criticism into “soft porn” that encourages people not to think seriously about reality).

Discussing Black power, KRS contrasts militant analysis with “fantasy” and “crap” which can be propagated by commercialized music or accommodationist political leaders. The two dialectical poles for this album are organizing for an effective form of Black power and “all the lies” that the ruling class must reproduce in order to survive. This calls for anti-capitalist Black revolutionary politics. Socialists should pay attention to strategies for effectively applying what Marx called “the weapon of criticism” to the living social system. Attacking the hypocrisies, developing working-class action against racism, and establishing a movement independent of all the capitalists is what the socialist strategy should be. And this album points right in that direction.