Labor Unions across the country have issued statements condemning the killing of George Floyd, but statements are not enough. To defeat racist police violence, we need a fighting labor movement willing to strike for justice. 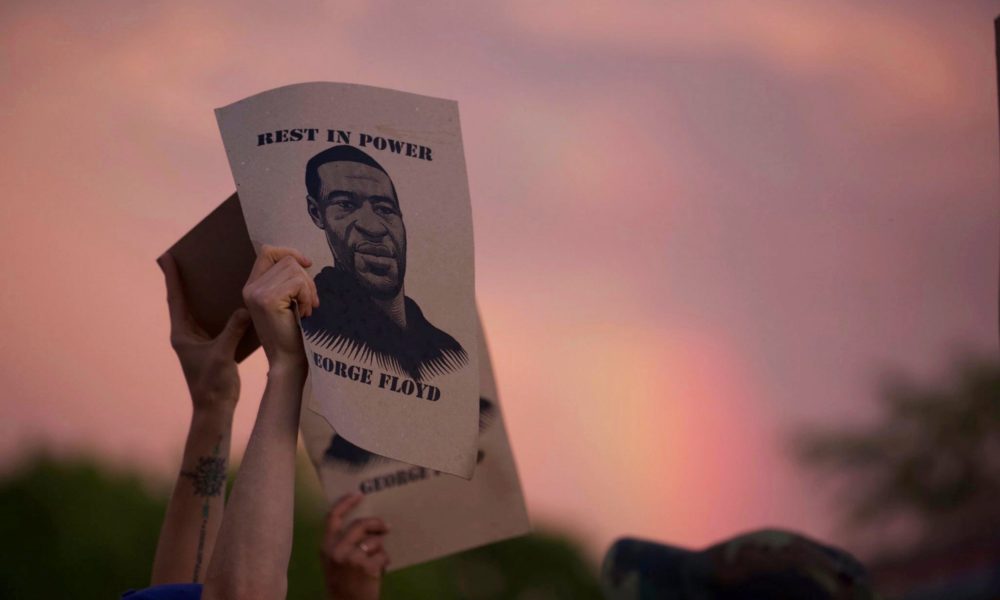 Labor unions and rank and file union members across the country have been standing in solidarity with those protesting police violence in Minneapolis and other U.S. cities. Since the protests over the brutal and callous murder of George Floyd began on Thursday, several local and national labor unions have issued strong statements against police violence and racism, while others have cut ties with police unions or even refused to cooperate with police.

In Minneapolis, at least two local unions have taken strong stands against the murder of Floyd and in support of protesters. As Socialist Resurgence reported, Unite Here Local 17, which represents hotel, restaurant, and airport workers across the city, was one of the first to speak up, saying unequivocally that they stand with the Black Lives Matter movement.

“Police brutality is unacceptable! This system has failed all of us in the working class from the Coronavirus to the economic crisis we are facing. But this system has failed People of Color and Black Americans and Black youth more than anyone else. More than ever we need a new Civil Rights Movement. A Civil Rights Movement that is joined with the labor movement and independent of the corporate establishment’s political parties…”

Ending with the demand: “NOT ONE MORE! JUSTICE FOR GEORGE FLOYD,” this letter was followed by a true act of working class solidarity on Friday, when bus drivers, members of the ATU 1005 refused to cooperate with police requests to haul arrested demonstrators to prison on Minneapolis public buses. This action was repeated in New York City on Friday, when bus drivers similarly refused to cooperate with police attempts to commandeer their buses and force them to drive arrested protesters to jail.

Other unions across the country have issued similar statements denouncing the murder of Floyd, including National Nurses United (NNU) and United Steel Workers (USW) which issued a statement that read in part: “At moments like these, we in the labor movement cannot be silent and must express our collective outrage over these brutal murders.”

For her part, Sara Nelson, the popular leader of the Association of Flight Attendants (AFA-CWA), which helped end the government shutdown in 2019, offered a heartfelt, if less militant condemnation of Floyd’s murder and the history of racism in the U.S.

“The rage coursing through the streets of Minneapolis and other cities is born from hundreds of years of oppression, exploitation and violence boiling over. I do not cheer any form of violence, but we must be clear eyed about where core responsibility lies.”

All of these responses are a welcome development, and demonstrate powerfully that the working class is united in its resistance to the vicious attacks of the state against working people of color. However, such actions are clearly not enough. The militant— but isolated— refusals of bus drivers in New York and Minneapolis shows that the latent power of organized labor is huge, and a robust and militant intervention of organized labor at this stage of the struggle could meaningfully change the terrain on which the working class is fighting.

Now is the moment for organized labor to once again flex its muscles and force a reckoning with police murder. By building committees within and across their unions and their communities to fight racism and police violence, transit workers, nurses, sanitation workers, and other municipal workers in Minneapolis can push their leaderships to back up the statements they’ve issued with real and coordinated action. These workers have the power to stand in solidarity with the protesters by shutting down all essential services and leading a city-wide strike of all workers, unionized and non-unionized, employed and unemployed.

Measures like this, duplicated by unions across the country, could not only guarantee justice for George Floyd and all of the protesters beaten and arrested by the Minneapolis police since Thursday, but force the establishment to finally take seriously the entrenched and systematic nature of racist police violence in America. While there are no permanent solutions to racism under capitalism, labor has the power to force cities and states to drastically cut police budgets, to fire and jail racist and killer cops, and to kick the cops out of our unions. This and much more can be won with a fighting labor movement. It is the duty of every worker everywhere to help build fighting unions for the struggles ahead.