In Mexico City, 10,000 women took to the streets on Wednesday as park of the International Women’s Strike. The socialist women’s organization “Pan y Rosas” (Bread and Roses) organized a block of 300 workers and youth. 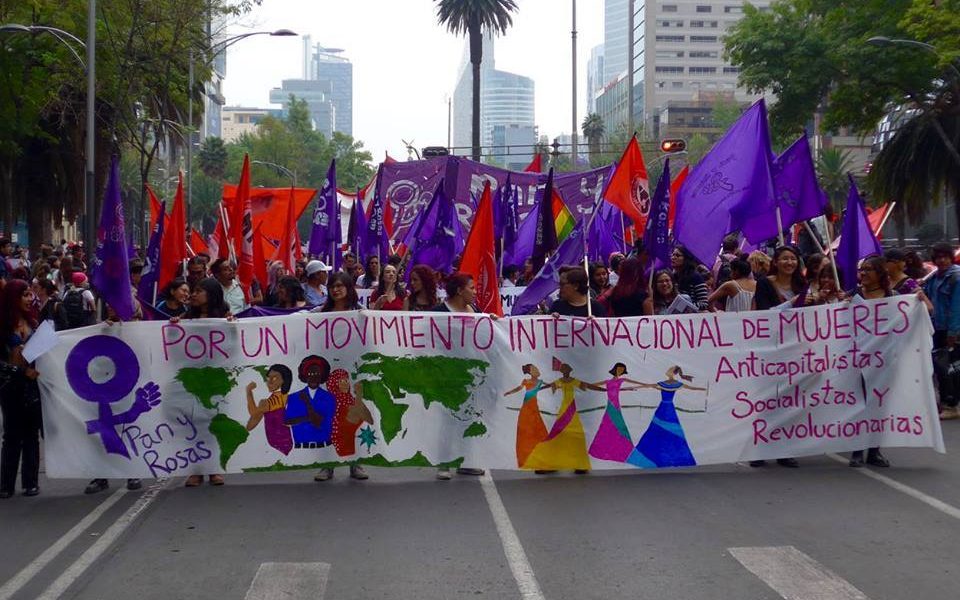 “It’s not a day of celebration, it’s a day of protest” the demonstrators chanted. Slogans were shouted without interruption on the three kilometer route from the “Angel of independence” to the Benito Juarez monument. These included:

– “We don’t want flowers, we want rights!”
– “We must abort this patriarchal system!”
– “The sexists will tremble – Latin America will be feminist!”

“This was the biggest Women’s Day of the 21st century”, said Xara Almonte, a militant of the socialist women’s group Pan y Rosas (Bread and Roses). The protests were directed against femicides, as every day in Mexico, seven women are murdered. They are also mobilizing against precarious employment, low wages and everyday sexism. The demonstration also had an anti-imperialist character, with chants against deportations as well as Donald Trump and his wall.

Mariana Ramirez, a history teacher at the National University, painted herself black, with a pink heart on her chest and a pennant of Rosa Luxemburg in her hand. Next to her was a comrade with a Clara Zetkin pennant. “The black color commemorates the 146 female workers who died in a factory fire in 1911” she explained. 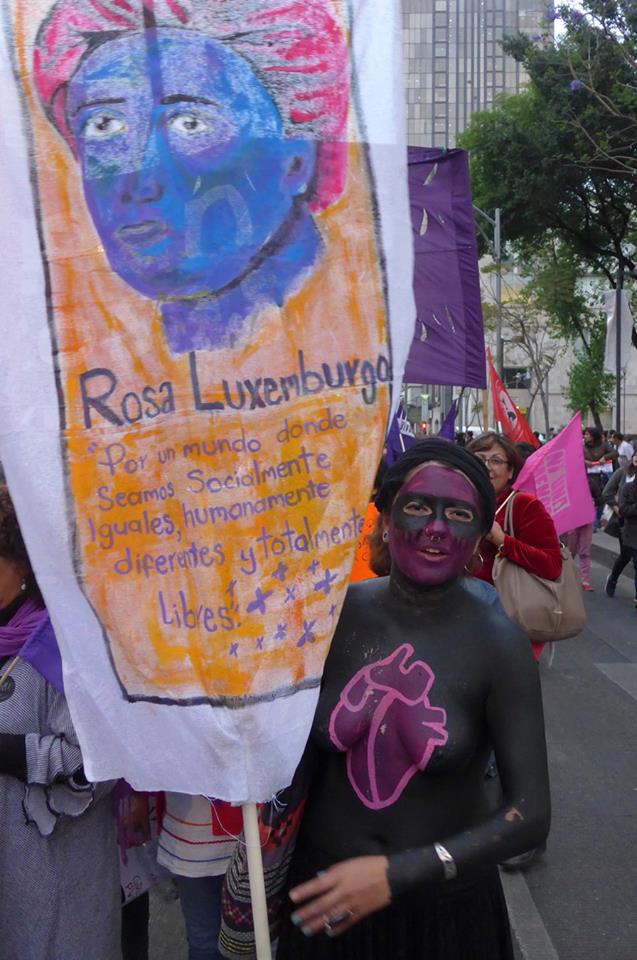 The socialist women’s organization “Pan y Rosas” (Bread and Roses) attended with a group of 500 people, including delegations from schools, universities and workplaces. Sulem Estrada of Pan y Rosas, former candidate for the Constituent Assembly of Mexico City, declared at the closing rally: “We need an anticapitalist, internationalist and revolutionary women’s movement! Only with a general strike can we resist the attacks on women’s rights by imperialism, the Mexican government and the capitalists.”

“Imperialists out of Latin America!” she called out, but also said that the Mexican working class have allies in the American working class, who are also exploited by the capitalists. Pan y Rosas is organizing a meeting of anticapitalist women on March 25. International Women’s Day ended with a street theater piece about the factory fire of 1911, performed by young activists of Pan y Rosas. 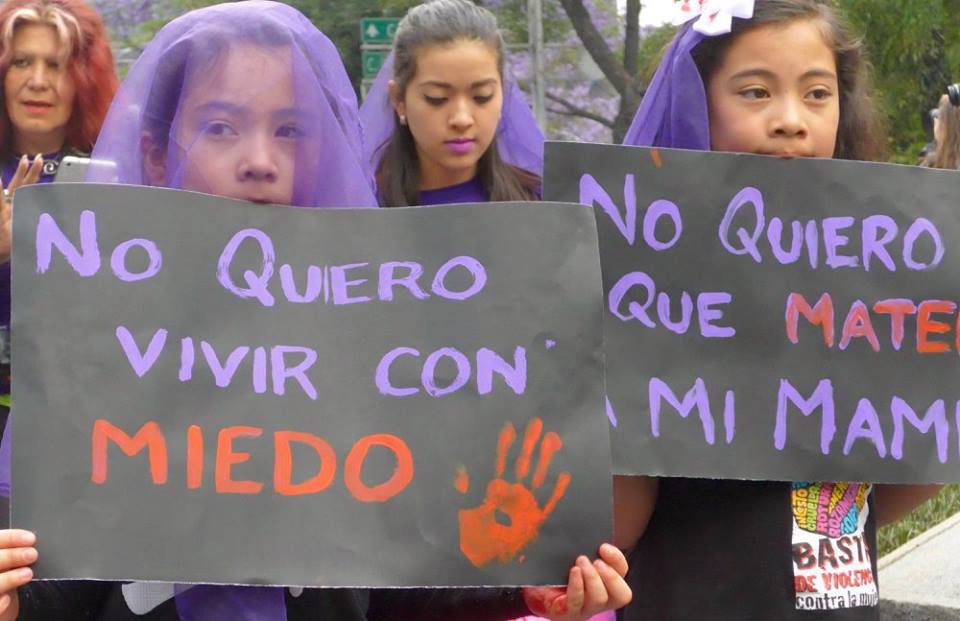