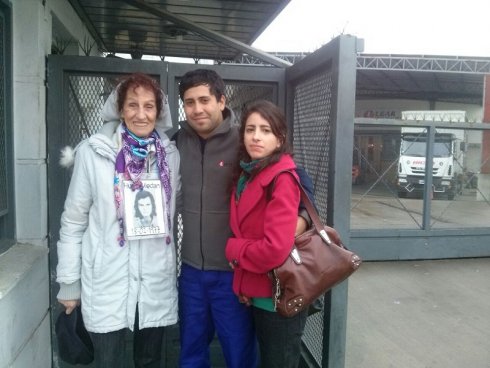 Last week Damian Gonzalez, who was part of the group of workers dismissed last year in a wave of targeted layoffs, was reinstated by a Court order. Since his first day back at the factory he was harassed and threatened by trade union thugs -> http://www.ft-ci.org/Lear-](SMATA , mechanics). Gonzalez ended up in the hospital, after having been attacked with a knife inside Lear’s facilities.

Damian “Bebe” Gonzalez is one of the “Indomables” workers who fought the illegal layoffs last year. He and other dismissed workers took part in the road blocks -> http://www.ft-ci.org/Lear-] on the Panamericana and rallies at the factory gates.

Lear Corporation has supported these attacks, giving the union thugs “time off” to harass and attack Gonzalez. On May 26th, the company and the union bureaucracy received a restraining order that was issued by a Court to protect Gonzalez.

Since the court order was released, the union bureaucracy has called a 10-day work stoppage with the blessing of the Lear bosses. This is a lockout against workers and their ‘comisión interna’ (shop floor stewards) and is a clear confirmation that Lear’s war against the workers continues.

But Lear workers have wide support within human rights organizations, left parties, students and workers’ organizations, against the bureaucracy and bosses’ attacks. Nobel Peace Prize winner, Adolfo Pérez Esquivel, Madres de Plaza Nora Cortiñas and Elia Espen were among the first to condemn the attacks. Several organizations have joined them.