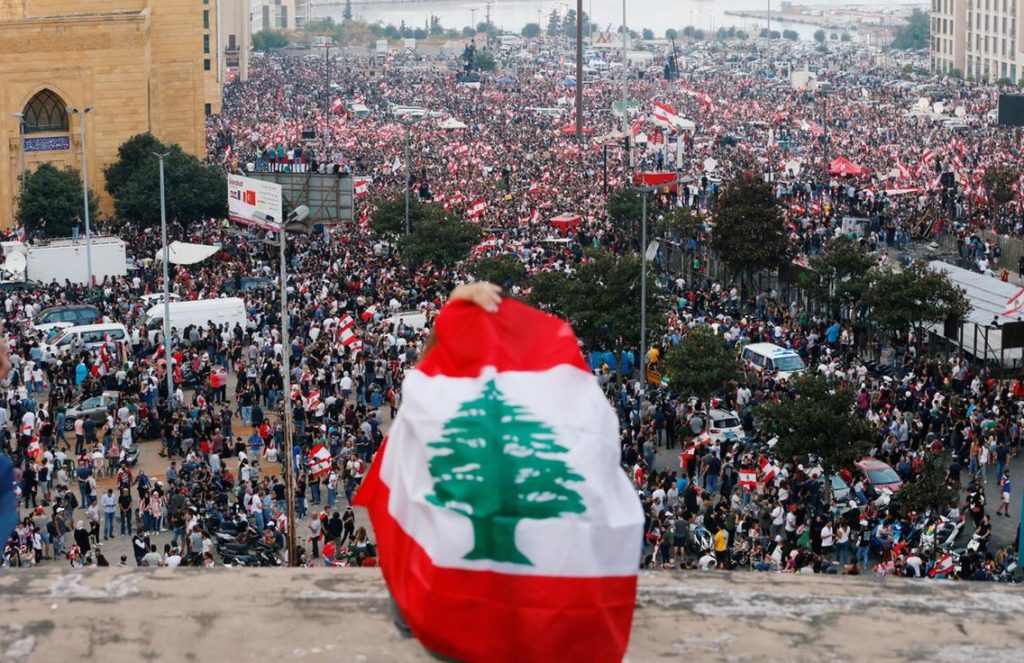 The Lebanese Prime Minister and his Cabinet resigned on Monday as thousands took to the streets in Beirut. Protesters have gathered outside the parliament building following two massive explosions on August 4 that resulted in over 220 people dead, more than 7,000 wounded and an estimated 300,000 people homeless.

“Yes, the government has resigned,” said the Minister of Health leaving a meeting of the Council of Ministers. This was right after Lebanon’s Deputy Prime Minister and Defense Minister Zeina Acar resigned, becoming the fifth executive figure to do so.

“This disaster demands resignation of the government, not of the individual ministers,” Acar said according to L’Orient-Le Jour, a French-language daily paper headquartered in Beirut. The President and Parliament have not resigned.

The resignations come as demonstrations erupted in light of the explosion and lasted throughout the weekend. Lebanon’s hated political caste is seen as responsible for negligently storing the flammable and dangerous materials that triggered last Tuesday’s explosion. Protesters stormed several government ministries and demanded the resignation of Lebanon’s top politicians, with many shouting “Thawra!” meaning “Revolution!” in Arabic. They were also seen throwing rocks and glass shards at security forces, setting alight buildings, and tearing down the barricades which blocked access to the parliament building. On Friday, demonstrators set up mock gallows in the main square and the #علقوا_المشانق meaning “prepare the gallows” remains circulating on social media.

Police responded with violent repression when clashes broke out in the center of the city, firing hundreds of rounds of tear glass, rubber bullets and even live fire, injuring hundreds of demonstrators.

Lebanon — which is in the midst of an economic and social crisis — last saw massive mobilizations in October of last year which led to the resignation of Prime Minister Saad Hariri. The economic conditions that caused popular discontent stem from sky-high unemployment rates, growing inflation, and a lack of access to basic resources like electricity, water and sanitation.

The country’s current political crisis comes after a bloody civil war between 1975 and 1990 which gave way to a political system based on a sectarian balance which has become a source of corruption between the parties, the local bourgeoisie, and big business with ties to French imperialism, the country’s old colonial power.