Left Voice at the Left Forum in New York

The traditional meeting of the US left took place and we couldn’t resist the invitation. There, Left Voice presented its first printed edition “A New Generation Rises Up” and hosted three panels with sharp political discussion and comradely exchange. 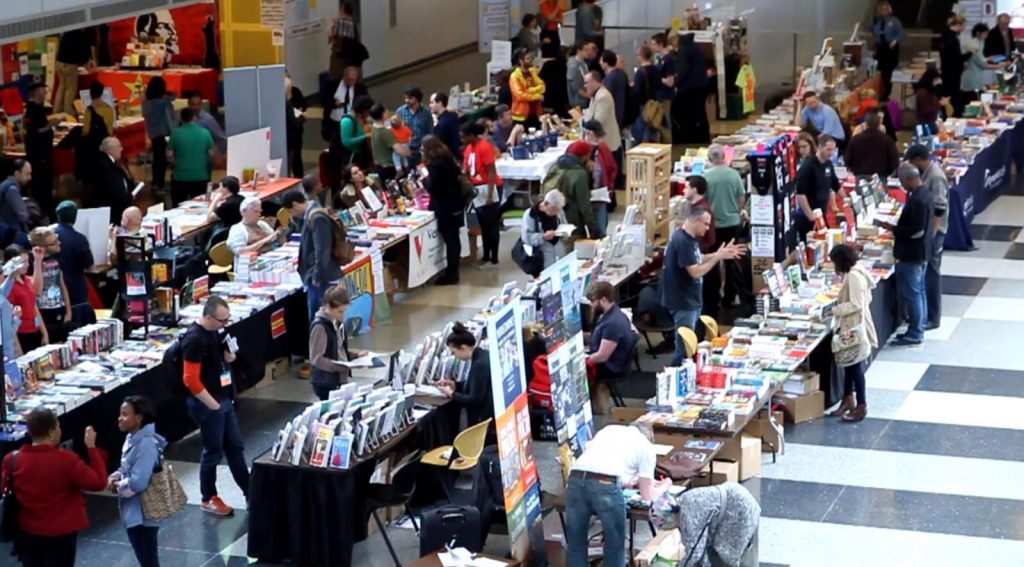 The main topic throughout the conference was Bernie Sanders, the upcoming elections, and the way forward. A raised-hands survey at the opening plenary showed that about half of the participants would vote for the “democratic socialist” Sanders for president–though perhaps many would do so with little enthusiasm. Sanders was a ubiquitous presence at the conference, his face displayed on many t-shirts and buttons.

But for many at the forum, Sanders is not a viable left option, since he has been politically active for decades, voting with one of the two bourgeois parties over 90 percent of the time. “The Democrats are the party of the slave owners!” recalled Nnamdi Lumumba. Chris Hedges criticized Sanders for supporting Bill Clinton in 1992. Sanders has announced many times that in the likely case he loses the primaries, he will endorse Hillary Clinton: “I fear Sanders will do what he says he is going to do,” said Hedges. Jen Roesch from the International Socialist Organization (ISO) put it succinctly: “Sanders is a Democrat. He’s not some kind of good socialist that accidentally stumbled into the wrong party.”

Known Sanders supporter, Seattle Councilmember Kshama Sawant, spoke at a few occasions during the conference. A member of Socialist Alternative and spokesperson for the #Movement4Bernie, Sawant was sharply challenged by Glen Ford with the Black Agenda Report at the Saturday plenary: “If you campaign for him, don’t you have to own his imperialism?” Sanders has supported numerous imperialist wars, regime changes and the “Kill List.” Sawant responded by saying that Sanders’ foreign policy platform was “not so adequate” and that if she were elected to the Senate, she would have a “slightly different” voting record. But she emphasized that any sharp differentiation from Sanders would effectively cut off socialists from millions of his supporters.

At the closing plenary, Slovenian philosopher Slavoj Zizek was repudiated by some attendees for his reactionary public statements. The racist, misogynist and anti-Islam remarks made by Zizek are completely against what Left Voice stands for. Particularly in this period of rising attacks against Muslims, the self-proclaimed communist’s remarks should be wholly condemned—not given a public platform at the Left Forum.

Apart from the featured speakers, there were over 50 tables and over 300 panels. Left Voice joined many other left and progressive press to display thousands of publications in the main hall: Haymarket, Verso, Jacobin, Monthly Review, AK Press and PM Press were among them. There, we presented our first printed issue, “A New Generation Rises Up” and the book, Gramsci and Trotsky, Strategy for the Revolution in the West by Matías Maiello and Emilio Albamonte. 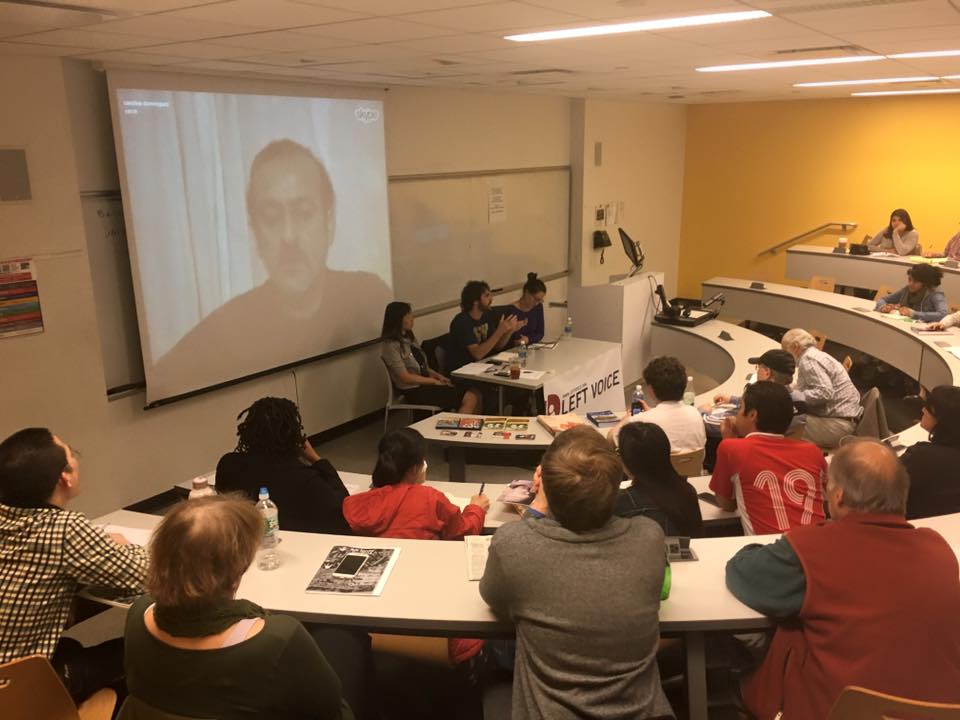 Left Voice also hosted three well-attended panels. The first panel featured the experience of two worker-controlled factories in Argentina: Zanon and MadyGraf. Zanon is a ceramics factory located in the outskirts of Neuquén, which has inspired several documentaries such as The Take and Corazón de Fábrica. MadyGraf is a printing factory located in the heart of Northern Buenos Aires’ industrial hub. In 2014, the multinational corporation Donnelley announced it would close the plant and the workers confronted this decision, took over the plant and resumed production under workers’ control. The main attraction of the panel was a video conference with Raúl Godoy, one of the leading organizers of the Zanon takeover and two-time elected representative for the legislature of Neuquén province, running on the Left and Workers’ Front (FIT) ticket. With the assistance of panel organizers Val Molina and Juan Ferre, the audience exchanged with the Argentine political activist, who shared his perspective on the potential and limitations of worker-controlled factories as bastions of militant organizing, stressing that workers must “go beyond the factory and fight for a socialist society.” *

The second panel organized by Left Voice gathered three remarkable speakers in a packed classroom to discuss the relation between Black Struggle and Class Struggle. Julia Wallace, writer and editor for Left Voice was joined by Dan Georgakas, author of Detroit, I do mind dying, and Ben Woods, Pan-African activist and contributor for the Black Agenda Report. The speakers discussed the fight against police brutality, the Black Lives Matter movement, Black Nationalism, the role of oppressed people and the fight against capitalism.

On Sunday, the third panel focused on the question of elections from a revolutionary perspective in light of one of the most significant experiences for the Left today: the Left and Workers’ Front (FIT) in Argentina. How did an electoral coalition made up of Trotskyist parties—on a principled socialist program—manage to receive over 1.2 million votes in 2013 and 2015? How do revolutionaries utilize seats won in National Congress and local legislatures and at the same time avoid being incorporated into the bourgeois state? These and other questions were touched on by Left Voice editor Juan Cruz Ferre and Wladek Flakin, a freelance journalist and editor of Klasse Gegen KIasse in Germany. Wladek stressed the contrast between the Left Front in Argentina and the new reformist left in Europe exemplified by Syriza and Podemos, which despite gaining enormous popularity have proven incapable of providing a solution to workers and the poor.

We invite our readers to collaborate with Left Voice by submitting original pieces, editing, translating, and sharing our articles.

* A video recording of the panels will be available soon.