Far-right groups, in coordination with the NYPD, forcibly entered New York City organizing space The People’s Forum and harassed the staff. The Left must all stand against the Far Right and state attacks on our movements. 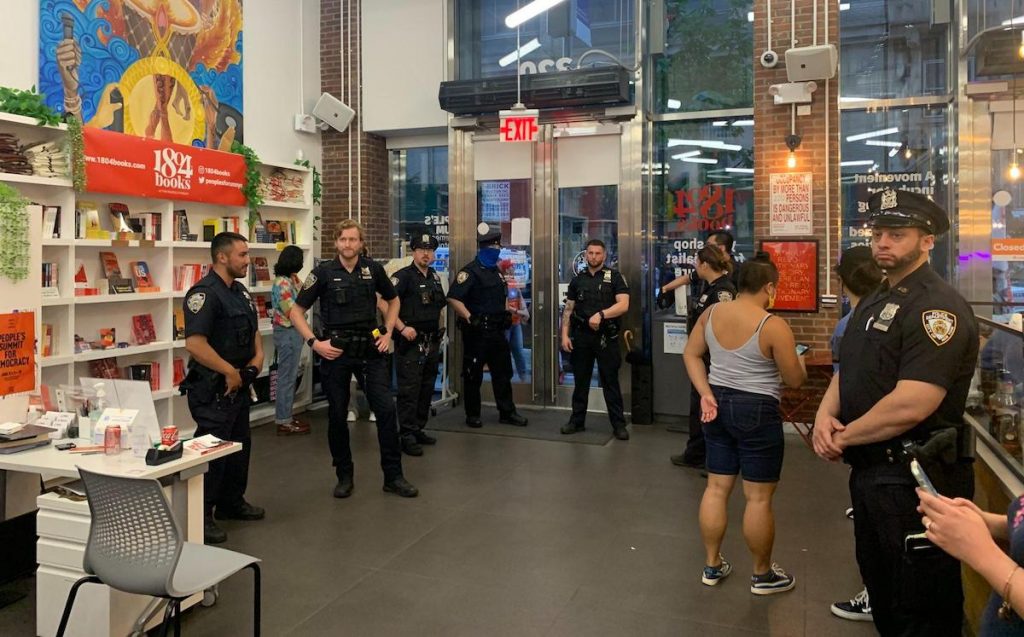 Far-right reactionaries, joined and backed by the New York City Police Department (NYPD) forced their way into The People’s Forum in Manhattan on Friday and harassed the staff and guests. A press release by The People’s Forum notes that the NYPD “allowed for the occupation attempt to continue for over an hour, while our staff and guests were physically assaulted, verbally harassed, and anti-vaxxers vandalized our space.”

This attack comes as the Far Right advances attacks on the Left and oppressed communities through reactionary violence and through the power of the state, passing laws and measures that directly target our rights and living conditions. The cops’ blatant partnership with anti-communists and anti-vaxxers in an organized attack on a left space is yet another reminder that the police are enemies of the working class and oppressed and that they exist to repress our movements and organizations. As more and more people organize against the exploitation and oppression engendered by this capitalist system, the far Right and the state will only increase such attacks. We must fight back.

The People’s Forum has been a space where Left Voice has been able to host an event on the Left in South Korea, sell political artwork, and meet for political discussion. Countless other leftist groups have used The People’s Forum as a space to grow their movements and develop political relationships. The far Right fears left spaces and the prospect of an organized Left, and we should not underestimate the attacks they are making with the protection, resources, and support of the state.

Left Voice stands in solidarity with The People’s Forum against this attack and all attacks by reactionary forces against the Left and working and oppressed people. All those on the Left must join together to fight back against the advance of the far Right.