Authors Leo Panitch and Sam Gindin debate with Left Voice columnist Esteban Mercatante on the limits of US hegemony. 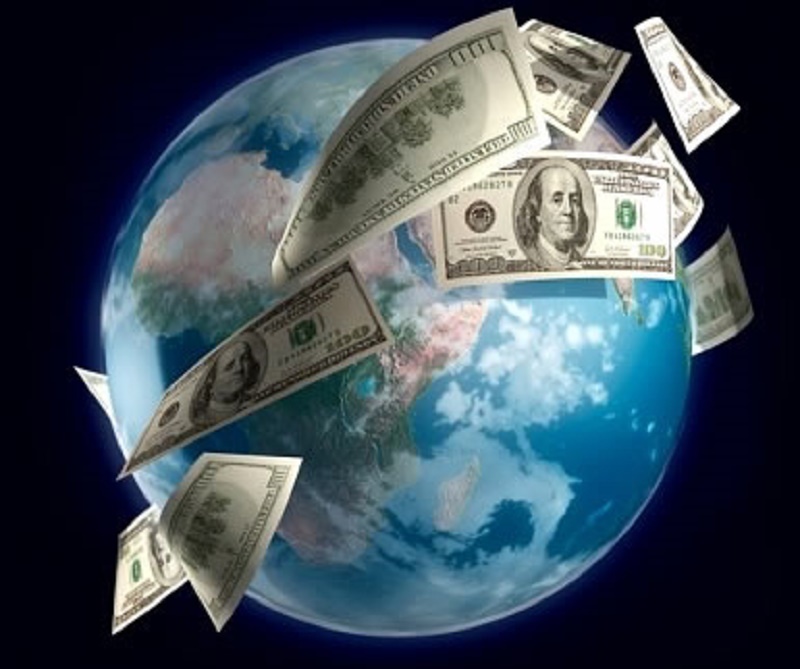 In the book review, “Global Capitalism as Imperialist Construct , Esteban Mercatante critically engages with Leo Panitch and Sam Gindin’s The Making of Global Capitalism. The following is their exchange.

Both Sam Gindin and I have had a chance to read your piece. We very much appreciate that you’re engaging with our work in a serious way and with an overall good and fair summary of our position.

That said, although we didn’t focus on the global South (other than China, which we did in some depth), we thought it was a bit misleading to suggest that we didn’t distinguish enough between the nature and pace of the integration into the informal US empire, the old imperial powers and the developing countries. In fact, this distinction was fundamental to our story. We did stress that the latter’s smooth integration was quite problematic, even when, as we repeatedly show, the terms of that integration were being advanced by the capitalist classes of those very countries.

As for the link to Kautsky, we’d agree with Lenin it was quite naive to expect there to be a negotiated compact between the imperial powers. Our point was rather that the American empire was unique in the extent to which it could integrate other states in ways somewhat analogous to capitalism integrating classes nationally – by way of sovereign state, markets ‘voluntarily’ accepted and mutual interdependence. That is, the foundation of the American empire’s stability was materially-based and not a matter of ‘agreement’ as other states found that they had a self-interest in reproducing the American empire as part of reproducing class relations at home.

Perhaps the main difference between your position and ours is an empirical one pertaining to whether the US empire’s capacity to manage global capitalism is in terminal decline amidst new contradictions, although you present it a theoretical one (uneven development and capitalist competition leads to rivalry and decline of the existing “hegemony”). Looking at the same facts – the great financial crisis, growing inequality, slow growth – you seem to see imminent challenges, but insofar as you see no alternative “hegemony”, we wonder how much difference there really is between us.

It’s not that we are predicting permanent stability; we’ve emphasized that contradictions have increased and that we’re not predicting the future. We’re only emphasizing that material foundations in the US economy for the durability of the state’s imperial role should not be underestimated. Nor, we would still maintain, should the challenges be overestimated, especially since the capitalist classes of other states are still looking for more global capitalist integration. When the capitalist classes blocked the various trade rounds, it was because the US and Europe resisted further integration of agriculture for so long, and even then they were still signing on to bilateral trade agreements as well as new regional multilateral ones (see especially Patrick’s Bond’s and Ana Garcia’s recent important book on the BRICS).

Finally, in looking at future cracks, we still look to struggles inside the state (whether led by the left or the right) not between states. Those internal struggles may of course lead to international conflicts – e.g. nationalism, challenges to free trade, protectionism – but the key struggles are the complex class struggles within each state.

The Strength of the “Empire” Must Not Be Exaggerated

I appreciate Leo Panitch and Sam Gindin’s response to my commentary on The Making of Global Capitalism. It is possible, as they have asserted, that one of the substantial differences between our perspectives is empirically-based. But before addressing that discrepancy, I would like to point out that we also have opposing views on a theoretical level. The first is related to the strength of the US State to transform the global system and inter-state relations. After indicating that the “empire” faced a serious crisis – economically, with geopolitical challenges – during the 60s and 70s, the strategy in response to this crisis involving a new wave of productive internationalization along with the offensive launched by capital against labour worldwide seems to be, from your perspective, the result of a coherent plan designed by the US State. Beyond this crisis “interregnum”, the US State seems to have a coherent strategic vision, a “design” for the construction of global capitalism, and to operate independently of class processes in this construction. It seems to me that the possibilities and strategies of imperialism have been much more conditioned, and that the strategy implemented, although “coherent” in the sense that it has led to a change in the balance of forces in favor of the ruling classes since the 80s, contained a series of contradictions that have become increasingly difficult to manage.

With regard to US hegemony since the post-war period, I agree that it was “materially based”: the overwhelming military and economic superiority of the United States at the end of the war, the pressing need for US aid in reconstruction and the threat of the Soviet bloc, as well as the incentive of recreating a transnational global order that would favor the expansion of capital (under the auspices of US corporations) established the foundations of this hegemony. The reason it was possible to reformulate this hegemony since the late 80s, in order to reaffirm it, was that the new wave of capital internationalization dominated by multinationals led to a new convergence of interests on the basis of which the United States reaffirmed the commitment of imperialist powers to concerted action. There is a stretch, however, between acknowledging that it is a materially-based hegemony and asserting that “the American empire (…) could integrate other states in ways somewhat analogous to capitalism integrating classes nationally.”

With regard to the relationship between the integration by the US of the “old” imperialist powers and developing economies, my impression is that the distinction in the book between the type of relationships that US imperialism had to establish with each of them in order to “integrate” them is insufficient. Imperialist powers (especially Germany and Japan, but also England and France) maintained their own interests in areas of influence, pushed for global expansion of their networks of transnational capital and fought to maintain a voice in international affairs. Although US imperialism “associated” them for the reconstruction of a transnational capitalist order at the end of the war, in order to do this, it had to acknowledge their imperialist ambitions and “balance” them.

In this respect, it is a very different type of integration than that to which the Global South could aspire, as it is composed of economic and social systems that are, to varying degrees, dependent and semicolonial. Therefore, in spite of the power asymmetry between the US and the rest of the powers, both on an economic and military level, it is more a relationship “among equals” than that established with the rest of the world (although a group of countries of the Global South have gained greater status in the past 15 years, the sustainability of which, except for that of China or – for other reasons – Russia, is highly debatable). The Making… observes that there is a more conflictive relationship between the US State and countries like Brazil or China, since “it is more difficult for US empire, as an informal empire, to integrate China or Brazil than it was to integrate Western Europe.” [1] This has undoubtedly led to numerous conflicts and will continue to do so in the future; but the difficulty in continuing to guarantee some degree of “common interests” in order to sustain a world order that has the US, its currency and institutions favoring the US economy at its center could be the basis today of even more bitter conflicts with those that have been the United States’ closest allies since the post-war period.

Panitch and Gindin are right in pointing out that no one seems to be willing to challenge US dominance today. However, it is also true that the United States seems to be increasingly impotent in its geopolitical management of the world order in the face of growing challenges, and this seems to be the source of the rise in global instability.

For Marxists, class struggle – within States – is undoubtedly the fundamental dimension. But this struggle develops in close association with what occurs in the relations between the main global powers, and more generally in inter-state relations. It can also – as acknowledged by Panitch and Gindin – have an explosive effect on international relations, exacerbating tensions, especially during a crisis of this magnitude. Brexit and Trump are very recent reminders of this. 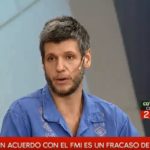