Letter for Support of the Moroccan Student Movement

In this letter to an international audience, student activists in Morocco ask for solidarity in their struggle against the Moroccan government’s crackdown on students’ unions and democracy within the university system. 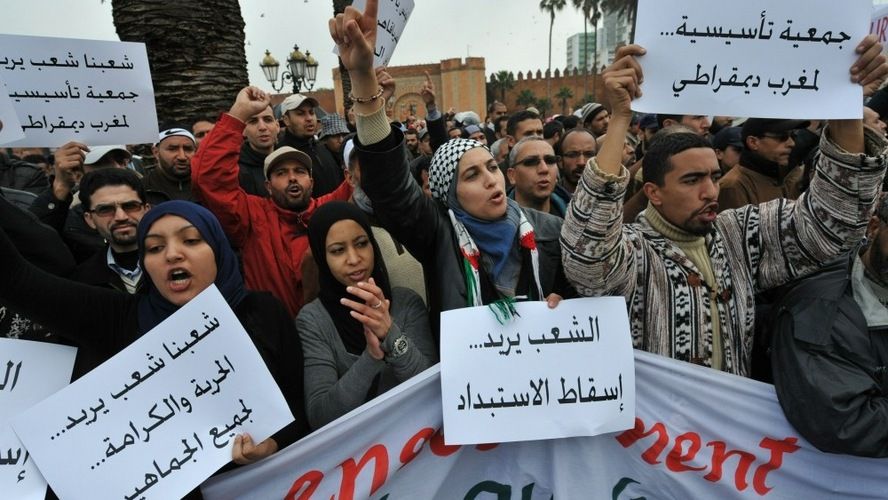 The Moroccan student movement in universities and academic institutions is strongly struggling against the neo-liberal policies, austerity, suppression and tuition fees, which prevent thousands of children of the working class from enrolling in universities (the number of Moroccan students is approximately 800,000, 48% of whom are women).

This happens while the Moroccan state carries on its policy of cracking down on students’ struggle and detaining them (dozens of comrades were jailed). Therefore, students feel unable to hold their trade union, cultural, and creative rallies supervised by the National Moroccan Students Union (a guild of students founded on December 26, 1956). The Students Union has been suppressed and banned since July 1981.

Furthermore, and as part of its plan to ban and restrict the right to unionize and democracy within Moroccan universities, the Moroccan government plans to confiscate the above-mentioned union’s central headquarters and alienate it to the Ministry of Youth and Sport. This triggered an overwhelming sense of outrage among students in many Moroccan universities, who denounced this unfair decision, designed to restrict their trade union freedom.

In resistance against this anti-student policy, and upon celebrating the 60th anniversary of the National Moroccan Students Union, a large number of political activists, including the Moroccan student movement and old militants affiliated to the Union, intend to march nationally en masse on December 25 in Rabat to protest the state’s decision to confiscate the headquarters. The purpose is to defend the right to free, democratic, secularist and adequate public education, condemn crackdown on trade union freedom at university and demand the release of jailed students.

Hence, we request you to mediate and seek support from brotherly student movements and unions in Britain, Argentina, Chile and others to:

1. Denounce the Moroccan government’s attempt to confiscate the above-mentioned headquarter and alienate it to one of its government departments, including filing a lawsuit;

2. Back the national march, which will take place on December 29 on the occasion of the 60th anniversary of the above-mentioned union;

3. Provide political and moral support for the Moroccan students’ battle, including sending statements showing evidence of such support for the struggle against policies of austerity, suppression, and neo-liberalism intended to privatise education;

4. Demand the Moroccan state, through the Ministry of Interior and its security forces, to lift its control and flagrant interference that prevent students from organising their trade union and political activities, and holding their congress supervised by the above-mentioned union.