In 1932, T.W. Thibedi and two dozen Black communists in South Africa wrote to the Communist League of America and Leon Trotsky. In 1930, Thibedi had been expelled from the Stalinized Communist Party and was working to set up a new revolutionary organization uniting Black and European workers. This is part of our collection on Marxism and Black Struggle. 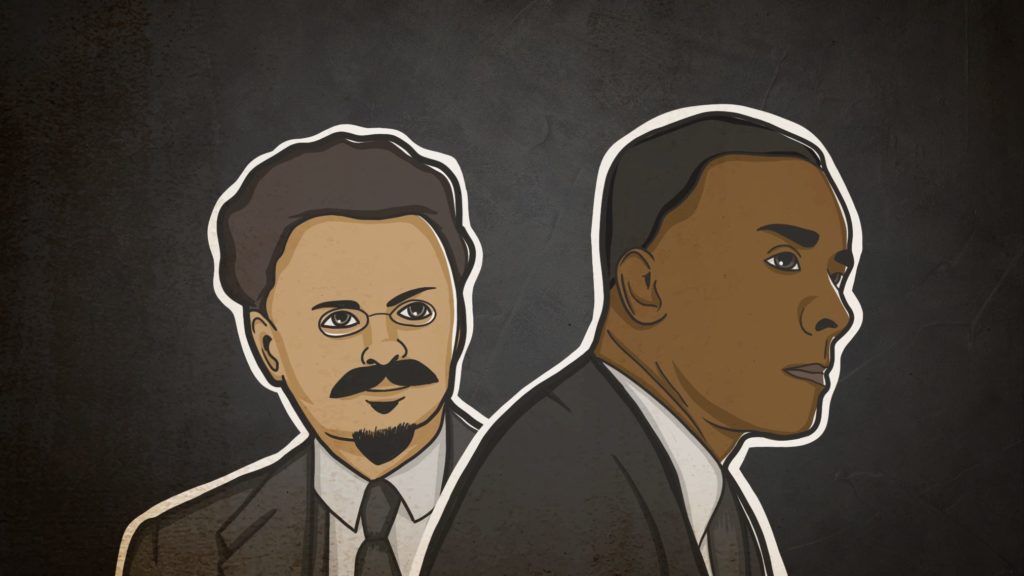 T.W. Thibedi to the Communist League of America

In our last meeting held on 22 April, 1932 at 9 Fuller Street, Bertrams, Johannesburg, all the undermentioned negro comrades decided to apply for membership to your League. Regarding your appeal for your literature agents it was agreed that we request to send us eight dozen copies of the Militant per week, which we hope to sell and return you the money. We are particularly anxious to introduce the Militant amongst the African workers, and for handling the same a committee consisting of 12 of us has already been selected. Send us 2 dozen copies of your constitution, send us, say 12 copies of advertising bills with attractive cartoons if you consider necessary with every issue of the Militant. Send us from time to time propaganda leaflets for free distribution if you have any.

The first copy of the Militant that came to our notice is Volume V, whole No 97 dated 2 January, 1932, in which we find on page three an article entitled “Stalin and the Chinese Revolution” but we were disappointed for not having been able to obtain a previous copy of the Militant, the issue which we believe contains the first part of that article, so will you by the next mail send us 2 copies which we desire to keep on our files.

Comrades, do not be worried in seeing all these applicants being negroes and think that we are purposely refusing to unite with European comrades, no we are not. It is only about 2 months ago that we have been considering joining your League. Although it is difficult for a negro comrade to organise a European worker, we hope that later on white militants follow our lead. The colour question makes organising difficult. Negro workers are generally considered inferior even on such revolutionary organisations, and as usual European workers are considered superior. We have been calling ourselves “Communist Party of Africa”.

The undermentioned negro comrades pledge themselves to see that your instructions in connection with the revolutionary movement for a complete overthrow of capitalism and the establishment of Communism in Africa are carried out. Please address all communications to the Secretary. We are:

Yours for a speedy revolution.

I hope that by the time you receive this letter from me you shall have seen a letter I send to the Communist League of America Opposition. Quite a lot has happened in the Communist Party of South Africa, private meetings are still continuing, expelled Stalinists and those still in the party are forming a common front in killing off the Communist League of Africa instead of specialising in fighting against the true enemy of the oppressed people of Africa viz Capitalists they waist time in fighting the most revolutionary (the left opposition) in trying to bluff the left opposition they tell us that Trotsky is an outcast and that the left opposition only exists in America and nowhere else and yet if one reads the Militant regularly would see through the tactics of the Stalinist worshippers in the Communist Party of South Africa. They tell us that the Left Oppositionists are lazy individuals who only sit down in their office criticising the leadership of the Communist International, that the left opposition is going to help the capitalists when the next war against the USSR is made by the Capitalists. They consider the Militant a very dangerous paper to be read by the negro workers of Africa in particular. But all these negro workers who has been reading the Militant do not want to part with the same, I hope that by next year we shall be able to start the paper to be written in the languages spoken by the South African negroes, by this I mean a paper for the spreading the views of the left opposition in South Africa. We need a lot of articles on the conditions in South Africa to appear in the Militant. We are busy organising the negro trade unions and we are already considering forming “Artuo” (African Red Trade Union Oppositions) and for the Communist League of Africa (Left Opposition). We have already taken an office at 9 Berea Street, City and Suburban, Johannesburg from where these trade unions are being organised. We received few pamphlets from comrade T. Stamm of the Communist League of America these we keep in our office for those comrades who cannot afford to buy to read at our office we need plenty more literature of the Left Opposition because the Stalinist bureaucrats has for some years been hiding such literature to be known by the African Negro workers, I must thank Comrade Victor Danchin who helped to get some of the left opposition translated for me from the Russian left opposition literature, because today I can a lot in seeing some negro workers to understand the unpardonable mistakes which are purposely being com-mitted by the Stalinist bureaucrats who govern in the Communist Party of South Africa.

Perhaps this shall interest the members of the Left Opposition to hear that there is a great selfishness that is being done by the Stalinists in South Africa, viz students from negro comrades who have proved themselves absolutely loyal to the instructions from boss Stalin are now being [sent] for their education to Moscow but all those who have tryed to argue are being expelled from the C.P.S.A. and are being left out not to be given a chance to go and learn but the left opposition in South Africa is quite alive to these manoeuvrings of the Stalinists when these students return shall fight bitterly against the Left Opposition of South Africa again these creatures refuse us to buy and read the official organ of the E.C.C.I. I think they are afraid we shall compare it with the Militant.

I joined the revolutionary movement in 1916 and since that time I have been on its E.C. and for many years the only negro comrade, from 1928 we organised the following trade unions: Laundry Workers Union, Clothing Workers Union, Furniture Workers, Metal Workers, Meat and Cold Storage Workers, Domestic Servants, Dairy Workers, Canvas and Rope Workers, Transport Workers, Chemical Workers, International and Working Women, Mechanic and Motor Drivers Union, etc, etc.

I also formed the following branches of the Communist Party of South Africa: Pretoria, Potchefstroom, Evaton, Vereeniging, Paardekop, Bloemfontein, and at Ndabeni Location (Cape Town). We formed the Federation of Trade Unions in October 1928 but today there is no longer any single Trade Union under the control of the Party. Almost all the branches are now dead, are purposely left to die by the Stalin bureaucrats of the Communist Party of South Africa and yet if people reads the official organ Umsebenzi would think that these bureaucrats are doing a splendid job for the revolutionary movement in South Africa. If Joseph Stalin did not know that he was being told lies about the conditions in South Africa left him hear it from the Militant he should also try to fined out why the negroes are living the party apart from those who are expelled. They are turning the Official paper of the Party into a lying organ for no-one would believe being in South Africa Umsebenzi. Since the beginning of this year a long prayer has been drawn up by Comrade S.P. Bunting, and signed by Comrade Gana Makabeni, Simon Mafisa, Willie B. Twayl and B. Dan Madiseng all negro comrades some do not know the contents of that prayer to Boss Stalin requesting him to be merciful and reinstate them into the Communist Party of South Africa, I personally was refused admittance the day when that prayer was finally read to be send these immediately created suspicion for I should have been left to hear what it was for I am alone an expelled member of the party. So far no reply has been received to that prayer, the drawer of these long prayers is not prepared to join the Left Opposition and yet those who signed have no objection to joining the Left Opposition.

We received a letter from comrade Vitte of the International Secretariate of the Left Opposition but he did not give his address I can’t reply to him direct. Please tell him I do not read German or French but read English, Dutch, Zulu, Sesutu, Chiswina, Shangaan, Venda, Xhosa and various other negro languages.

Hoping to hear from you,

Yours for the Overthrow of Capitalism in Africa