On Tuesday, workers in San Francisco and New York City will stop work to honor George Floyd. This work stoppage is an important first step in linking organized labor with the fight against racist oppression. 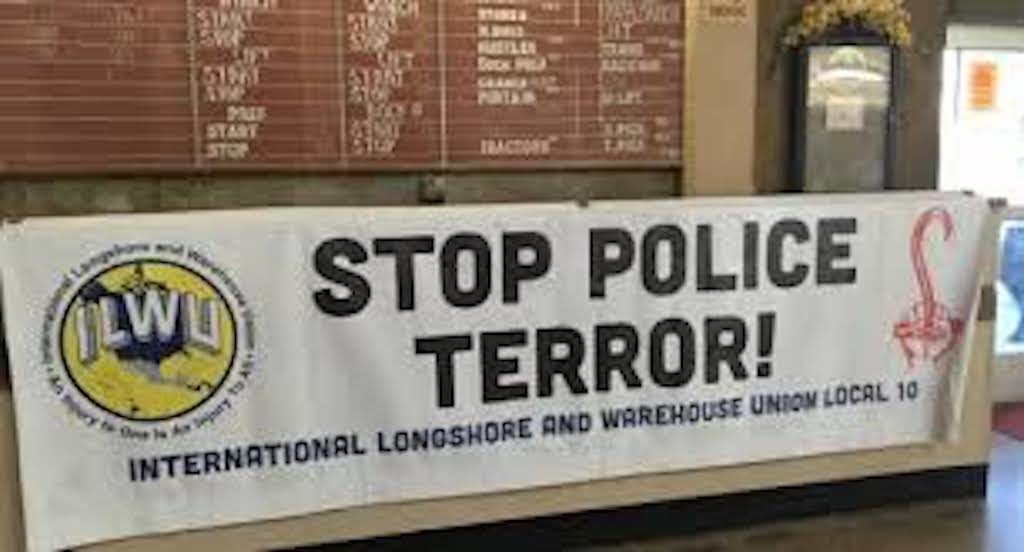 International Longshore and Warehouse Union (ILWU) Locals 10, 34, 75, and 91 have joined with Teamsters Local 808 to announce a work stoppage on Tuesday in solidarity with protesters demonstrating over the police murder of George Floyd. The work stoppage and silent vigil will coincide with Floyd’s funeral and cover multiple time zones. Workers organized under the ILWU and the Teamsters include Metro North workers in NYC and dock workers across the country. While this is a temporary work stoppage and not a strike, it is still an important development and a powerful display of solidarity between organized labor and those fighting in the streets against police repression.

Longshore workers have a long history of taking up the struggles of broader sections of society. ILWU Local 10 shut the ports and marched in protest of Oscar Grant’s murder by police in 2010. In 2008, several ILWU locals went on strike in protest of the Iraq War, defeating the interference of the union bureaucracy in order to do so. These acts of solidarity align with the motto of the ILWU that “an injury to one is an injury to all.”

Since the beginnings of the current uprisings, many unions have put out statements of support but this new announcement of a work stoppage is an important development. Workers organized in multiple unions are joining together, across geographic locations, to hold one unified action in solidarity. This development shows the beginning of bringing together the struggles of organized labor and Black struggle.

Protesters in the streets are winning huge concessions, but for bigger wins, we need to challenge the heart of capitalist production. However, as the recent defense of cop unions from the AFL-CIO President shows, the union bureaucracy is perfectly willing to make statements of support without doing anything to actually support the uprisings. The rank-and-file must take their inspiration from the ILWU workers’ commitment to fighting for the most oppressed across decades and demand that the unions take steps to materially support the struggle for Black lives. The unions must strike, mobilize their memberships, oppose all cooperation with the police (and this means expelling the cop unions from their councils), and share their resources with the movement. Racism is a tool of capitalism to divide. Through taking up the struggles of the oppressed, workers can demonstrate real solidarity while also raising class consciousness.The work stoppage on Tuesday is a vital step in joining the struggle against capitalist oppression with the struggle against racist oppression. Linking these struggles is what the movement needs in order to evolve and really win a world free of oppression and exploitation.