Los Angeles City Council members have been exposed for using racist slurs. But their racism extends to their violent policies against the working class and oppressed. 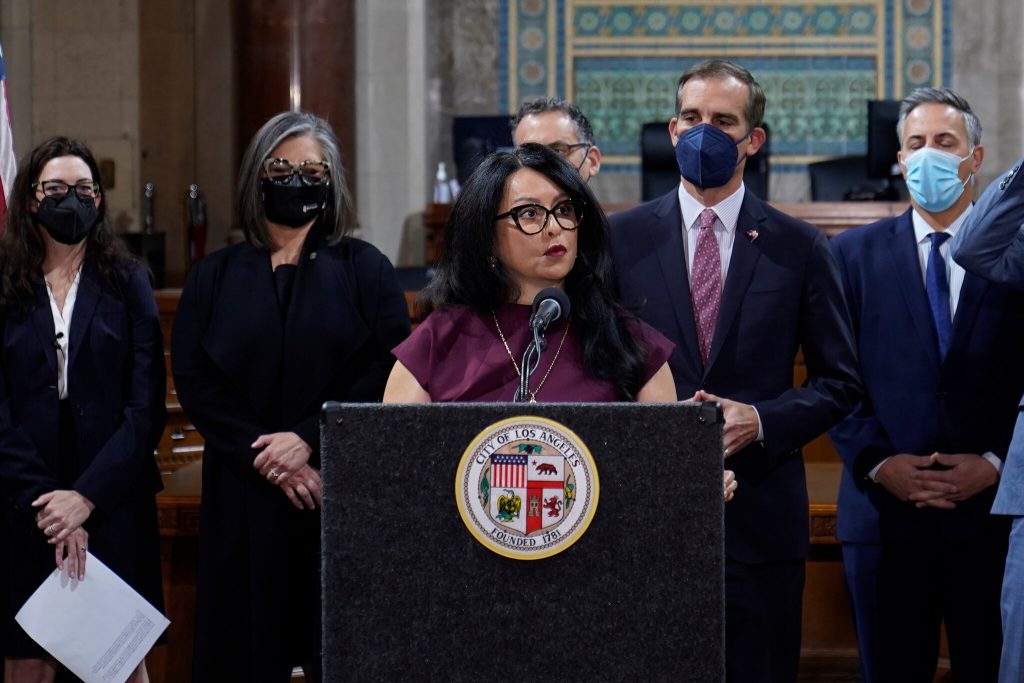 The four members, who are all Democrats, made fun of the adopted Black child of City Council member Mike Bonin, calling the toddler a “little monkey” in Spanish (“parece changuito”), saying he needed to be beaten for his behavior during a Martin Luther King, Jr. Day Parade. They were also heard conspiring against other city officials, stating the district attorney is “with the Blacks.” De Leon also minimized Black political power in Los Angeles by stating, “they shout like they are 250 but they are really only 25”. On the recording, now resigned President Martinez is also heard laughing about the Oaxacan indigenous community and saying, “I see a lot of little short dark people … I don’t know what village they came from.” He also referred to them as ugly (“tan feos”).

Democratic politicians present themselves as the party of the poor and oppressed. In fact, these City Council members are all Latino themselves and rely on Latino votes to get elected. But these leaked conversations show that they have nothing but contempt for their own constituents — for Black people, indigenous people, Jews, Armenians, children, LGBTQ+ people, and many others.

The backlash against the conversation has been swift, including protests. Nury Martinez resigned as City Council President and has taken a leave of absence, and Ron Herrera has resigned from the LA County Federation of Labor. Politicians and organizations have lined up to condemn the racist comments. But a closer look at who’s speaking out reveals deep hypocrisy.

The Los Angeles Police Protective League, the LAPD’s “Union,” condemned the racist attacks. However, the LAPPL defends the LAPD — the department that kills more people than any other police department in the United States, that’s known for racism and sexual assault, and that regularly kills the oppressed. Los Angeles County Sheriff Alex Villanueva, who is under fire for covering up the activities of gangs in the sheriff’s department, also issued a statement.

The anti-racist clout chasing of law enforcement is as cynical as it is craven. Both the LAPD and sheriffs are notorious for spouting anti-Black and anti-Indigenous slurs as they brutally murder, sexually assault, and attack working-class and indigenous people in Los Angeles. That these racist killers can claim to oppose racism is laughable. If LAPD or the sheriffs fired every law enforcement officer who called a Black person a primate-related slur the police would have already “abolished” themselves.

The City Council’s condemnation of Sunday’s leaked recording also rings hollow. Earlier this year, the Council voted 11-3 in favor of Ordinance 41.18, which allows the police to evict homeless people on public property and destroy their belongings. The Council also voted to increase the LAPD’s budget, which now stands at almost $12 billion. The Council members’ slurs are horrible, but the City Council is united in attacking the working class of Los Angeles, putting them on the street due to high rents, beating them for being on the street, and giving more money to the police to do it.

The Los Angeles City Council — and consequently, the murderous police force — is run mostly by the Democratic Party. The Democrats are also the city’s major landlords and developers, and owners of press like the Los Angeles Times. So while the capitalist class pays lip service to social issues by opposing racist language, it supports the daily harassment of houseless people where Black people are disproportionately represented. The entire City Council attacks the working class on a regular basis — not with batons, but with policies and legislation under the protection of the police.

Finally, LA mayoral candidates Karen Bass and billionaire former Republican Rick Caruso also eventually called for the resignation of the four City Council members. Bass initially stopped short of asking for them to step down, likely because they endorsed her for mayor. The two candidates are in a hotly contested race because they share the same priorities: more police.

Like the LAPD, the mayoral candidates and the City Council want to appear to take a stand against racism while enacting much deeper racist, violent policies against the working class and oppressed of Los Angeles.

The Democrats and Republicans are Cops and Capitalists

Martinez, De Leon, Cedillo, and Herrera’s racist language has been rightly condemned, and these individuals should have no place in power or politics. But Sunday’s leaked recording was just one symptom of a culture of racist policies, violence, and contempt that is an everyday reality for the working class and oppressed of Los Angeles.

The politics of the Democrats as well as the Republicans are that of opportunism and exploitation of the working class. Politicians of both parties are rushing to sweep this political crisis of legitimacy under the rug because they both do not want to make any changes that would qualitatively improve the lives of oppressed and working-class people in Los Angeles. Changes that would mean defunding the police, taking money from the capitalists, challenging the landlords which are overcharging rent, and it would mean increasing the minimum wage substantially. In short, it would require a socialist program.

Of course, none of the City Council members or other LA politicians are willing to make any kind of radical change, let alone revolutionary changes — they would rather focus on the surface horrors of a few “bad apples.”

Fight Racism — Without the Parties of Capital

We cannot tolerate the exploitative, racist policies of capitalist politicians. We can meet their usual racism with organization and fierce opposition. To fight racism in LA, it is necessary to have a socialist organization rooted in the working class with its own candidates, program, and politics. This organization needs to be independent of both parties of capital.

Unions must also join the fight against these racist attacks. The Teamsters, UTLA, and SEIU have all correctly denounced the racist slurs and called for everyone involved to resignation, but their fights need to be in the streets now to improve workers’ living conditions, and they must break their allegiance to the Democratic party, which does not offer a way forward for the working class. Our unions should have our own candidates, fighting with the combative spirit of the Black Lives Matter movement, instead of shelling out dues money to capitalist politicians. We need our own parties and our own candidates who represent our interests as workers.

Author’s note: Love and Solidarity to my Oaxacan friends and comrades. I love you and fuck these people!