A grand jury in Louisville has let Breonna Taylor’s murderers walk free. Only one cop has been charged with anything at all, and only for shooting stray bullets into neighboring apartments. This shows, once again, that to the courts, the cops, and the entire capitalist class, Black Lives Do Not Matter. 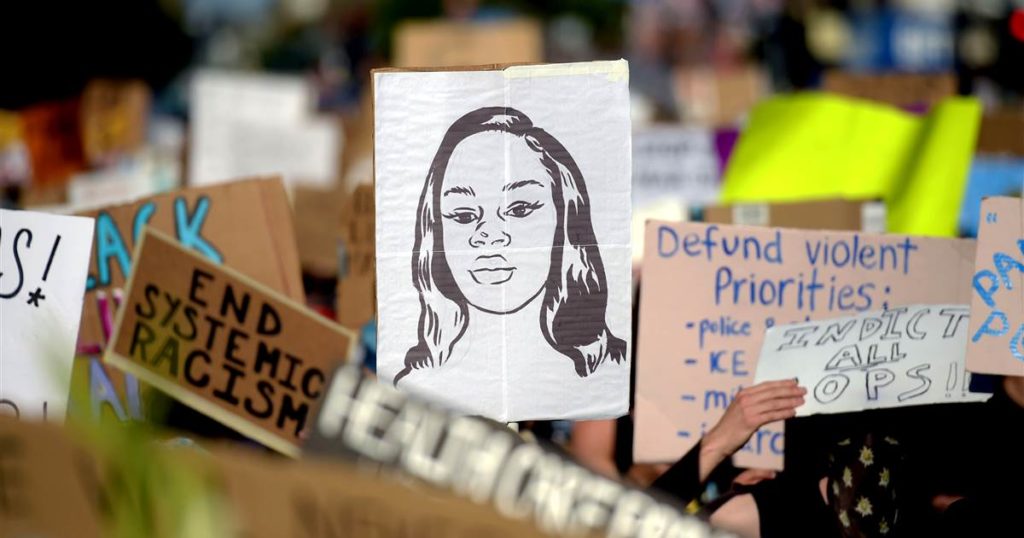 Breonna Taylor was a 26-year-old Black EMT who was saving money to go to school to be a nurse. On March 13, she was sleeping in her bed, in her house with her partner. She was murdered by the police and a grand jury just let the cops who killed her get away with it.

The cops entered her home with a no-knock warrant, allegedly searching for a suspect who had already been arrested. They killed Taylor and arrested her boyfriend as he attempted to protect her. The police fired more than 20 rounds and shot Taylor eight times. Kenneth Walker, her partner, was arrested that night and held in jail until May on charges of attempted murder and assault — all because he defended himself and his partner from an attack! Walker’s gun was legal and registered. He fired to defend himself and his partner from intruders. Before the grand jury decision, Walker was the only person involved to spend any time in jail.

Of the six officers who raided Taylor’s house, only one has been charged with a crime — and that crime is “wanton endangerment” — a Class D felony in Kentucky. The officer, Brett Hankison, faces a maximum of 1 to 5 years in prison and his bond has already been set at just $15,000. In other words, Taylor’s murderer will likely be out of jail in the next few days, awaiting trial in his own home. Meanwhile, countless poor and working-class Black and Brown people are unable to post bail as they sit in jail — people such as Layleen Polanco, a trans* woman who died in solitary confinement in New York City because she was unable to post bail.

Hankison’s charge does not even acknowledge that Breonna Taylor was murdered. The “wanton endangerment” charge is not for shooting into Taylor’s apartment, but into the apartments of three of her neighbors. This is not justice for Breonna Taylor.

According to the so-called criminal “justice” system, breaking into someone’s apartment in the middle of the night and shooting them is acceptable so long as the bullets that miss don’t wind up in their neighbors’ apartments. The grand jury did not care that Taylor was murdered in cold blood by six police officers. Hankison’s charges are little more than a slap on the wrist for not murdering Taylor “by the book.”

From the beginning, Taylor’s case has shown the lengths the cops and the state will go to protect their own. Only one officer was ever fired from his job. Further, on June 10, the Louisville Metro Police Department released an internal incident report that claimed Taylor had no injuries, despite the fact that she was shot and died in her own home. Her ex-boyfriend was offered a plea deal to claim she was part of an “organized crime syndicate,” a blatant attempt to sully Taylor’s name and justify the cops’ murder.

Just a week before the grand jury’s decision, Breonna Taylor’s family reached a $12 million settlement with Louisville — one of the largest settlements ever awarded to a Black person killed by the cops. It came along with promises of reforms, including more oversight and a system to flag officers accused of excessive force. But these were just attempts to placate the family and the city’s population as yet another cop gets away with murder.

Make no mistake: the “justice system” is condoning the murder of Breonna Taylor.

One of the officers who murdered Taylor sent an email Tuesday to more than 1,000 of his colleagues. In it, he wrote, “Regardless of the outcome today or Wednesday, I know we did the legal, moral and ethical thing that night. It’s sad how the good guys are demonized, and criminals are canonized.” He implies that Taylor was a criminal who is being made out to be a saint and that it was the “legal, moral and ethical” thing to do to kill a woman who was sleeping in her bed.

The grand jury and the prosecutors who presented it with the case agreed.

When looking at a clear case of murder by six police officers, the grand jury found that the cops did the right thing. It has come down on the same side over and over: in the case of Eric Garner, in the case of Michael Brown, in the case of Trayvon Martin. Again and again, the criminal justice system  says that Black Lives Do Not Matter.

Taylor’s Black life does not matter to the cops, the courts, or the local government that declared a state of emergency ahead of the verdict. Downtown Louisville has been shut down, with a curfew declared ahead of the ruling. Twitter is rife with heartbreaking images of people crying after the decision was released and the most basic consequence for killing a Black person was denied by a grand jury. As we write, people are already marching in Louisville, and actions have been called across the country. Without a doubt, the courts and cops will not hesitate to use the full force of the law against protesters, as they already are doing against members of the Party for Socialism and Liberation (PSL) in Denver, protesters in New York City, and crowds of protesters in Portland. While one of Breonna Taylor’s murderers gets a $15,000 cash bond, NYC protesters were held without bail for more than a month, accused of throwing a molotov cocktail at an empty police car. In Lancaster, Pennsylvania, protesters were held on $1 million bail before large demonstrations pressured the courts to reduce it to tens of thousands of dollars.

Tonight, all over the country, we should take the streets again. We should organize to kick cops out of our unions — because cops aren’t workers, they just kill workers like Breonna Taylor. Cop unions are central to protecting killer cops, central in maintaining “protocols” that allow cops to get away with murder. But we need more than that, as the past few months have shown. We need to shut everything down for Breonna Taylor. — not just every highway in this country, but every workplace that believes Black Lives Matter. It’s time for the working class to respond to the grave injustices perpetrated by the state over and over and over. We should unite the struggle against police violence with the struggle against evictions and the layoffs we’re already suffering. That is what it means to fight for Black lives.

We know that the courts, the bosses, and the capitalist politicians cannot and will not protect us. While they refuse to pass additional aid for those suffering due to the economic crisis and the pandemic, they can and will confirm a new Supreme Court justice to take away our rights and quickly allow killer cops to walk free.

Black lives do not matter to the capitalist state. The criminal “justice” system is nothing but a racist farce. To have racial justice, to stop the police killings, and to bring justice for Taylor and all the other Black people murdered by the police, we need to abolish the police and the capitalist system the cops protect.

This decision in Louisville highlights the truth: the cops are a murderous force that cannot be reformed. When they kill Black people and terrorize Black and working-class communities, they’re just doing their job. It’s time we say enough is enough. It’s time we shut down everything for Black lives.