Madygraf: One Year of workers’ control

The RR Donnelley factory (today Madygraf) has been occupied for over one year and remains in the hands of the workers. 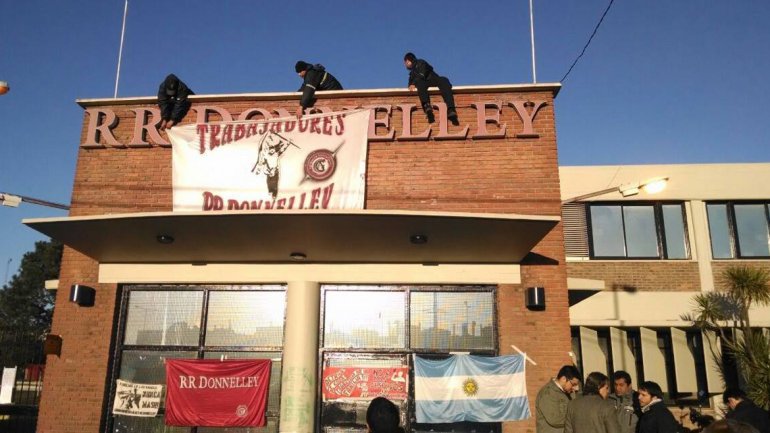 When the workers of the American-owned printing factory RR Donnelley arrived for work one year ago, they found a note at the gates explaining that the company was shutting down in the country and that it “regretted the inconvenience.”

Faced with this desperate situation, the workers’ response might have been resignation, but this was not the case. The workers decided to open the gates of the factory, occupy the plant, and restart production. They showed that “no hierarchy is needed to run the production of the factory” in the words of Hugo Padua, a worker at the factory for the past 22 years.

Madygraf: Behind Every Worker is a Family

The self-management of the workers, the operation of the factory as a cooperative, and the preservation of jobs are all tremendous achievements. However, the workers in MadyGraf are striving for more. Today the goal is the expropriation and nationalization of the company for the benefit of all.

As Eduardo Ayala explains, “From the first meeting we held after bankruptcy was declared, the decision voted in the assembly was expropriation and nationalization under worker management to put this factory at the service of the neediest, so that the manuals and books we can print reach the humblest children in the poorest neighborhoods.”