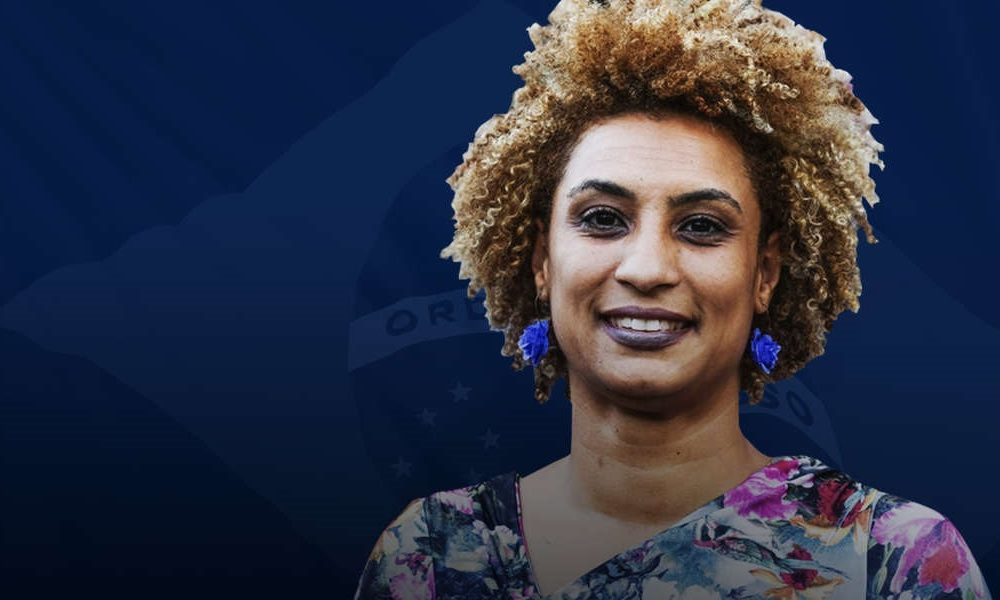 Leonard is a young filmmaker based in New York City, originally born in France with family roots in the Caribbean island of Guadeloupe. His visual work focuses on Brazil and the Caribbean diaspora, especially afro-descendant female characters. His newly released documentary film Marielle’s Legacy Will Not Die unveils the life and activism of Marielle Franco, an Afro-Brazilian activist and elected politician who defied police brutality in the favelas of Rio de Janeiro. The film follows Afro-Brazilian women that called out for justice for Marielle, and spread her legacy of activism among the community.

I’d like to start by asking how did you start your research about Marielle Franco?

For the last three years, I have been looking closely at video production from the peripheries and favelas of Brazil for my doctoral research. In this process, I have followed Afro-Brazilian activists and politicians documenting their daily political activities and participated in their rallies. Marielle was a rising star among them, very vocal, and she had strong experience working in the field. She was part of the generation of “cuotas” (affirmative action) who were admitted at the university, and she later built a career as a human rights commissioner. In 2017, she got elected as a councilwoman for Rio de Janeiro. Both her “execution” and how some mainstream media have been reporting her case almost as just another number in the statistics were unbearable.

I felt the urgency to interview people who knew her intimately. I wanted to retell her story in light of one of the major challenges in many parts of the world—the inclusion of racial minorities/women/LGBTs in our political representation. I had already contacted some activists who helped me connect with some of my key characters. Approaching the first anniversary of her murder, the activists were constantly organizing events to advocate for Marielle, and I quickly realized that I was experiencing an important moment for Brazilian history.

In your film, I’ve noticed you emphasize Franco’s search for justice as a joyful and empowering process closely connected to the Brazilian carnival rather than a sad, debilitating process. From your experience in the film, how did carnival became an important event among Brazilians when denouncing Franco’s murder?

I have participated in many activist movements, and it was important to show this form of activism as I have always known it—the togetherness, creativity and joy despite the tragedy. The 2019 carnival was intense as one of my interviewees, the samba singer Marina Iris, explains well in the film, basically because this 2019 edition explicitly referred to the resistance during the military dictatorship and to a larger extent connected to many of the current struggles of Afro-Latino communities in Central and Latin America.

If you look at it closely, the Brazilian carnival has always been an important event for political activism. Global media, however, often undermine this political commitment and rather insist on the indulgent excesses of the celebration. When the Mangueira samba group decided to pay tribute to Marielle for the 2019 carnival competition, they reframed her murder as another attempt to erase an important Afro-Brazilian figure from national history. They used the stage of the carnival to celebrate her as an important figure. They won the competition, and their victory was a cry against the silence of the government and the slowness of its investigation into the crime. 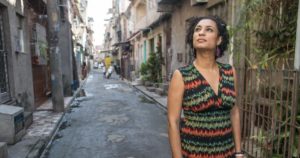 In the year Marielle Franco was murdered, 2018, five Afro-Brazilian women in politics gained a seat in office, elected by large majorities. Most of them defend a new politics of racial and gender equality in Brazil, where not only women but especially Afro-descendant women have equal access to education, job opportunities and political representation. What does this Afro-Brazilian feminist movement represent to the government of President Bolsonaro?

A threat. They are a threat to a system that openly opposes the better inclusion of communities, such as Afro-descendants, women, faveladxs. They are well-organized, hard workers and work closely with local communities. The conservative elites are pushing back against their ambition to change the political and social landscape. Franco showed everyone that you can be born in the favela and get elected to the city council. It is important to highlight that her killing is above all a political crime, a punishment of her activism against police violence in the favelas. In the last months of her life, she was writing and denouncing the paramilitary squads (militias) and their unpunished killings in the favelas.

Many of the women I have met lost their relatives or close friends because of police violence. Their positionality is clear: This is their own voice, and this is their power. If in some parts of the world identity politics has become a thin concept, there is an urgency to relay these experiences and to advocate through them. I wanted my film to also pay tribute to these fighters who represent the voices of the 21st century.

How did Brazilian audiences react to your film?

The film has mostly been shown in the United States. Members of the Brazilian diaspora have seen the film and expressed their wish to use the film as a platform to open more discussions on the situation in Brazil. Marielle is an open wound[?] that many Brazilians in the diaspora want to defend from abroad.

I am excited to see more and more films being made about Marielle. She is an inspirational, transnational figure who connects several diasporas and deserves to belong to the pantheon of great international figures.

There is a second version for the Brazilian audience in preparation for spring 2020.

Brazil is living through violent times of confrontation, and this violence targets Afro-descendants, women of color and black young women victims of feminicide. How does your film approach this confrontation?

We have to fight the normalization and romanticization of feminicide narratives. Mainstream media and even civil law fail to explain feminicide in terms of passional crimes, revenge executions, whereas in many cases women are just killed for being vocal or having a different gender identity or sexual orientation. We can’t forget that Marielle was a lesbian, Afro-Brazilian, favelada and a political advocate.

In my film, only women comment on Marielle’s legacy. Most of the characters were close to her. As a man filming women and with the help of other women, very involved in feminist organizations, Ethel Oliveira, filmmaker and curator and Pilar Rodriguez, photographer, I have been constantly confronted with my privileges. For instance, every time we were running interviews, some men came to interrupt and surveil as if it was unbearable for them to see women taking leadership in the narrative.

We know very little about the work of Brazilian women in the United States, and I hope that my film will have enough visibility to invite women activists to create connections here, hopefully to be speakers for some film festivals. The double crime after Marielle’s killing is to see how Afro-Brazilian women were made invisible in mainstream media while other intellectuals utilized her as a platform despite, for example, their opposition to affirmative action. Her execution has also been a wakeup call to do better and be more inclusive. We can always do better, and this is even more a role for people like me that identify within the diaspora. 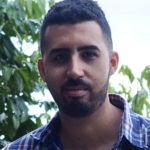 Leonard Cortana (Guadeloupe/France) is a Ph.D. candidate in the Cinema Studies Department at NYU Tisch School of the Arts and a fellow at the Berkman Klein Center at Harvard University. He works as an Adjunct Instructor in International and French Film History. In 2012, Cortana founded the collective Inform’ART France, which brought together youth workers and artists. Among their projects, the collective drew on the Human Library methodology to create a network of practitioners all over France. 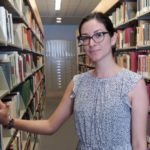 Elena Chavez Goycochea (Peru) is a Ph.D. candidate in Latin American and Latino Cultures at the Graduate Center, CUNY. Her research interests include film and literary productions that take place in Latin American cities with a special focus on the intersection of activism and art as communitarian spaces. She is a fellow at the Writing Across the Curriculum in the Bronx Community College, CUNY. She is writing her dissertation about the different literary and film productions made by Afro-Latin American women from Brazil, Peru and Cuba from 1970 to 2000.