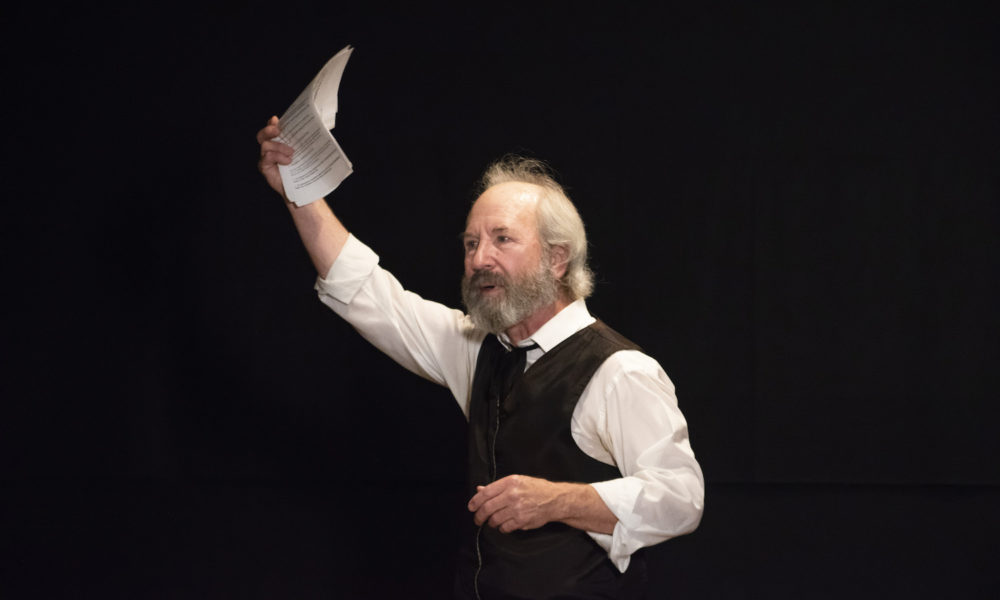 The Mayday Space in Brooklyn was packed with almost 100 people as Karl Marx stumbled in the door with a pile of books and a bottle of beer. The old German revolutionary had returned for just an hour, and he used the time to talk about his historical ideas and his very personal travails.

The actor and activist Bob Weick has been performing the show “Marx in Soho,” written by historian Howard Zinn, for more than 15 years. He has done the show hundreds of times around the world—a clear testament to the ongoing relevance of Marx’s ideas.

No historical figure is quite as associated with a political program as Karl Marx is with Marxism. Weick explained how the Paris Commune, the first government by working people in history, inspired the idea of the “dictatorship of the proletariat.” Yet the emotional performance also made clear that Marx was an individual who loved his family, worried about money, was plagued by boils, etc.

The show was opened by the immigrant worker Luigi Morris from Left Voice. A decade ago, Luigi had been working at a casino when a strike began. Revolutionary socialists came to support the strike, and they offered him a small book to read—“The Communist Manifesto.” Ten years later and on a different continent, Luigi is still a Marx fan. “What other book from 170 years ago is still so relevant?” he asked.

Tatiana Cozzarelli from Left Voice dedicated the performance to the queer people who rioted 50 years ago at Stonewall, and she invited people to the Reclaim Pride march next week. She invited the audience to collaborate with Left Voice to create a new Marxist current in the United States. The event ended with music, drinks and continued discussions with Marx/Weick.

This is the third big event that Left Voice has hosted in New York City in the last three months. In April, more than 70 people came to the presentation of the new issue of our magazine. In May, a similar number attended a panel about the nurses’ labor struggle. We have lots of plans for the coming months and invite anyone who is interested to contact us.