Marx in SoHo: An Interview with Actor Bob Weick

For the last fifteen years, actor and activist Bob Weick has played Karl Marx in Howard Zinn’s Marx in SoHo for audiences around the world. Weick sat down with Left Voice to talk about his experience playing one of the greatest thinkers of all time, the resurgence of socialism in the United States today and why Marx is as relevant today as ever before. 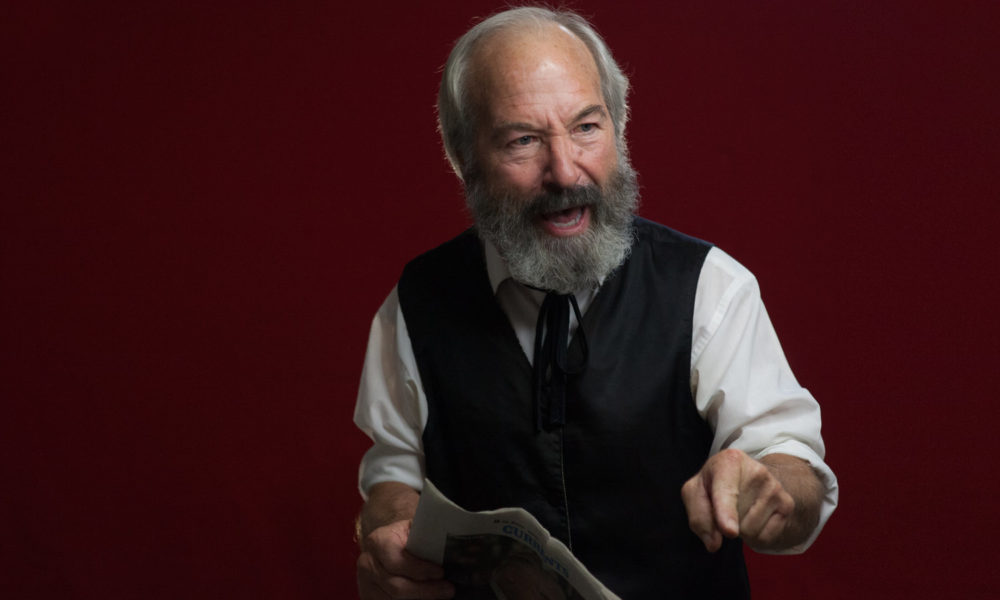 LV: How did you first come into contact with Marx in SoHo?

BW: Fifteen years ago I started to do this play called Marx in SoHo, written by Howard Zinn. That was a life-changing experience for me; my life has been very different since encountering this work of Zinn and encountering Marx for the first time in my life. It has been fascinating to explore the work of Marx, to explore the work of Zinn and to share that story with people wherever I can.

LV: Has recent interest in socialism as a viable, even necessary, alternative to capitalism changed the way the play and your work are received by audiences? Are people more receptive to the play and Marx’s ideas than they were when you began performing Marx in SoHo fifteen years ago?

BW: There has been a shift in our society. The word socialism is back out in the news. That is something that really points to the historical moment we are in. That is a concept that would not have been entertained in the least a couple of decades ago. It would have been dismissed out of hand, but now it is part of the national debate. There has been a change in our society…I read an article recently in Left Voice that points to statistically how younger people now are embracing the concept of socialism. Most young people prefer it to capitalism. They see that capitalism isn’t serving them.

We are living, I feel, in a historical moment, because this great battle that theoretically ended with the end of the Cold War, the fall of the wall and the fall of the Soviet Union. That ideological battle has come back, largely due to the failures of capitalism and people’s disenchantment with it.

I see that more profoundly even with Marx, who is most often vilified and condemned by people who don’t really know anything about him. They enter the theater space and see this play and they encounter this guy, not through reading a book or through some lecture, but they feel like they encounter the real person in front of them telling them his story. It opens them up to hear him and to connect with one of the great thinkers of all time, perhaps our greatest philosopher. [Marx] analyzed the capitalist system in a way no one else has and put forth a vision of what the world could be, a world free of alienation and exploitation, a world of sisterhood and brotherhood where we can fulfill our human capacities without the shackles and chains of capitalism.

LV: You’ve said that you had little exposure to Marx’s work before you took on this role. What about the play and Marx’s thought convinced you to take up the project of performing Marx in SoHo for audiences around the world? Has this experience changed the way you see capitalism and society?

BW: I began to read [Marx in SoHo], re-engage with the ideas of Zinn and to look at history, and through that I felt that this is something that, as an actor, I can take out there, present these ideas and make them part of the debate and increase our vocabulary. The concepts that we find in Marx in SoHo or in the works of Zinn are foreign to many Americans. So I thought, as a form of activism, I can bring these important and powerful ideas, ideas that offer an explanation for the horrors we see in the world, and present that to people and stimulate dialogues and critical thinking and, hopefully, contribute to change.

Doing this play and confronting these ideas, which were very foreign to me initially, I really did open my eyes. I started to see the world differently and felt compelled by that knowledge to not only perform the play, but also to become active as a member of various organizations here in Philadelphia, like Philly Socialists, and besides that, [collaborating with] Left Voice, which is doing important work, I’m supporting them. I will often take the play across the country to various venues in support of peace and justice organizations, so that they can present the play as their annual fundraiser, to help raise funds, to help to raise awareness, to draw in new membership. Often student groups will bring me to campus to help to raise awareness for what they are about.

LV: As the play makes clear, one of Marx’s most profound observations is that capitalism is inherently prone to crises and it is these crises which give rise to its overthrow. What do you see as the most pressing contradiction in capitalist society today? How does socialism provide a solution to this problem?

LV: What do you hope audiences take away after seeing Marx in SoHo? How do you see the play fitting into the larger project of achieving socialism?

BW: I’m hoping, as do all the different organizations on the left that are working towards the goals of bettering society, that there will be solidarity, that we will see the commonality of our plight, that we will see, as Marx points out very clearly, that “the history of all hitherto existing society is the history of class struggle,” that there is a dominant class and subordinate class. [We want to raise] class consciousness so that more people become aware of this system that we are trapped in, so that more solidarity can be built and efforts can be made to free us from capitalism.