Many of the capitalist regimes in Eastern Europe have faced continued instability as they are challenged by mass movements from below. What is the historical background to these struggles and what are the challenges and limits of these movements?
Share on facebook
Share on twitter
Share on email

This article was originally written in June 2015 in three parts for Révolution Permanente . Here we present the first of two parts in English.

It was 25 years ago when the German band Scorpions sang “Wind of change” to celebrate the fall of the Berlin Wall, the disintegration of the Soviet Union and the “socialist bloc” that followed it. With this sweet melody we were told about fraternity and the dreams of new generations. In the East, 25 years later there is nothing but poverty, unemployment, corruption and inequality. However in recent years there has been a social and political crisis also marked by grassroots mobilizations in the region. This social and political instability is becoming a concern among Western capitalists, is this going to mark the end of an era of working class paralysis?

In recent years, a number of countries were affected by popular uprisings, political crises and social explosions. This is the case of Slovenia, Bulgaria, Romania, Ukraine, Bosnia and Herzegovina and Moldova. Hungary, Croatia, Montenegro and Albania have also witnessed less intense mass mobilizations.

Obviously, these movements and crisis have had varying degrees of depth and intensity in different countries. In some cases, they managed to bring down the local and/or national governments; in other cases they were not strong enough to do so. At the same time, we should point out that the Ukrainian crisis – although it is a part of this series of conflicts in the region – its severity, its geopolitical implications and potential consequences, make it a special case.

In all these examples we have seen a reproduction of similar dynamics. Even if the popular discontent could erupt for specific issues (price increases of public services, repression of protests, corruption scandals, suspicion of electoral fraud, etc.) very quickly the questioning of a political “elite” became one of the principal focuses of the struggle.

Beyond the real limits of these movements, the first thing that should be noticed is that the masses of this region are taking little by little the “habit” of direct action, of the fight in the streets against the corrupt and repressive governments. We cannot deny that it is the result of a spillover of mass mobilizations against the attacks of capitalists, which took place in the countries of southern Europe and North Africa.

This element gives them a different character from what were called the “velvet revolutions” that were fomented by NGOs and by imperialist foundations to install puppet governments favorable to Western powers. Obviously, this does not mean that the imperialists through their international institutions, foundations, political allies and the “civil society” at the local level, did not try to channel and divert the popular dissatisfaction to its own geopolitical and economical goals in the region (on this point the example of Ukraine is emblematic).

This new tendency of mass mobilizations in Eastern Europe seems to express an early change in the masses’ predisposition to struggle. It is important considering the great demoralization and the loss of confidence in the collective strength of the working class movement which spread throughout the region in 1990-2000. It is clear that the legacy of the Stalinist period and the process of capitalist restoration (which meant a profound social, cultural and economic setback for the popular classes) still weighs. This is what the objective and subjective limitations of recent mobilizations suggest. But it is also important to take into account that this change opens a lot of possibilities for the working class and oppressed of the region to emerge.

This new situation of social unrest – to which leaders of the Western powers must adapt – is in opposition to the earlier period of the bourgeois triumphalism in which the imperialism used the capitalist restoration in the former “Soviet bloc” as one of the central elements of its propaganda. The capitalist restoration in Eastern Europe was in fact represented as one of the greatest victories of capitalism in the twentieth century.

In the countries of the former “socialist bloc”, or what we could call more correctly ex-bureaucratised workers’ states, the reintroduction of capitalism has involved a profound degradation of the living conditions of the working class. The privatizations have resulted in company closures and massive layoffs. In countries like the former Yugoslavia, this process has also triggered the bloodiest armed conflicts in the continent since the end of World War II.

The process of capitalist restoration was parallel to the establishment of bourgeois democratic regimes. This was also an important element of the imperialist political propaganda because it was alleged that there was a correlation between (neo-liberal) capitalism and “democracy.” At the same time, communism, and any system that is not a bourgeois democracy, was (and still is) equated with totalitarianism and dictatorship.

But these bourgeois democratic regimes that were established in the former bureaucratised workers states (as well in other regions of the world) were of a pitiful quality. Even from the standpoint of the capitalists. The decomposed and degraded nature of these “democracies” can be found not only in the endemic corruption and clientelism, but also in the quality of institutions.

What is usually called “the Rule of Law” is completely weak in these countries. Not only the workers, but the general masses don’t trust the institutions (justice, parliament) that are completely subservient to governments or oligarchs.

For example, the complicity between the judiciary, large local capitalists and multinational companies presents itself very openly and shamelessly. Thus, in the face of repeated violations of workers’ rights (that are already weak) from domestic and foreign employers, workers know that it is useless to resort to the courts.

Another example of this direct link between the capitalist class and the state is reflected in the many cases where the magnates of a particular industry’s sector are simultaneously deputies or ministers at local or national level (for example, in Ukraine the current president, Petro Poroshenko, is the head of a big chocolate firm and other companies). In other words, the local bourgeoisie, which is from the former Stalinist bureaucracy, is often directly in political power.

To all this we should add the total control of the mass media by oligarchic groups that are directly linked to the government and/or imperialist powers… Not to mention the cases of direct repression against opposition journalists or against those who are merely critical of the authorities.

This poses a problem even for capitalists, because the corruption and the lack of any independence between the state institutions, the governments and local ruling classes, creates the basis for a possible crisis of the state’s legitimacy. That crisis could develop not only among workers but also among the middle classes – including its most privileged layers. It is no coincidence that NGOs, foundations and imperialist leaders insist so much on the importance of strengthening the “Rule of Law” and the fight against corruption in these countries.

Global economic crisis and the crisis of capitalist triumphalism

The economic crisis that erupted in 2007-2008 is a historical crisis of capitalism. It has affected the central imperialist countries like the US and several major powers of the European Union (EU). However it was the peripheral imperialist countries such as Greece, the Spanish State, Portugal and Ireland that were the most affected. The semi-colonial countries of the European periphery have also been hit hard by the crisis.

This is also the case in several Arab countries in northern Africa where the revolutionary process that was born in Tunisia has led to the fall of dictators who were in power for decades: Ben Ali in Tunisia, Gaddafi in Libya and Mubarak in Egypt. Although these processes are experiencing significant declines, they remain open.
These struggles and crises are undoubtedly a blow to the capitalists’ triumphalist speeches worldwide. Remember that in the 1990s the imperialists openly proclaimed the “end of history” and that “there was no alternative” to liberal democracy and capitalism.

The crisis of the EU and the “old democracies” is an additional element of this crisis. The immense suffering that the “European partners” impose on the masses in Greece and in other EU countries, alongside the authoritarian, bonapartist turn of all political regimes of the continent, makes “the European perspective” less attractive to people in several peripheral European countries.

It is in this context that massive mobilizations and struggles have begun to develop in different countries of Eastern Europe in recent years. In none of these revolts was the requirement to move towards “European integration” a central axis. Even in Ukraine where this claim was initially important, the denunciation of the corrupt and repressive government of Viktor Yanukovych was the main focus (at least until a pro-imperialist government moved to Kiev and the conflict took the form of a civil war).

Although the rejection of the political caste is something that is gradually expressed in different parts of the globe and something that has deepened with the progress of the crisis, we should point out a particularity of Eastern European countries. In fact, given the form in which most political regimes were formed throughout the last 25 years in these countries (that is to say as “democratic counter revolution” and restorationists regimes) the questioning of political parties and governments is closely linked to questioning the whole process of capitalist restoration.

In other words, in these countries it is difficult to question the political caste in power since the early 1990s without questioning privatization, factories closures, layoffs, the destruction of public sectors, the loss social benefits, the deep deterioration of living standards of the population in general and of the working class in particular.

This obviously does not mean that the mass mobilizations in the former bureaucratised worker’s states of Eastern Europe mechanically lead to a questioning of capitalism. However, there is a tendency to establish very quickly the link between the issues of the political regime and economic issues, as if it was the same question. 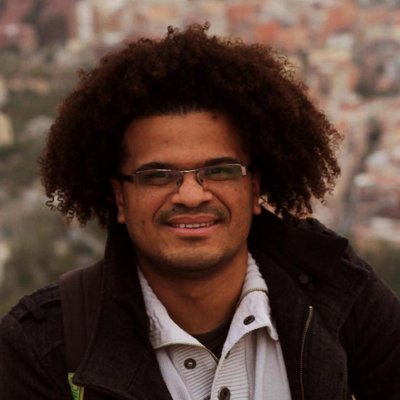