Activists in the city of Cambridge, Massachusetts have succeeded in forcing the city council to vote on a boycott of Hewlett Packard, one of the largest technology companies aiding the Israeli state’s occupation of Palestine. 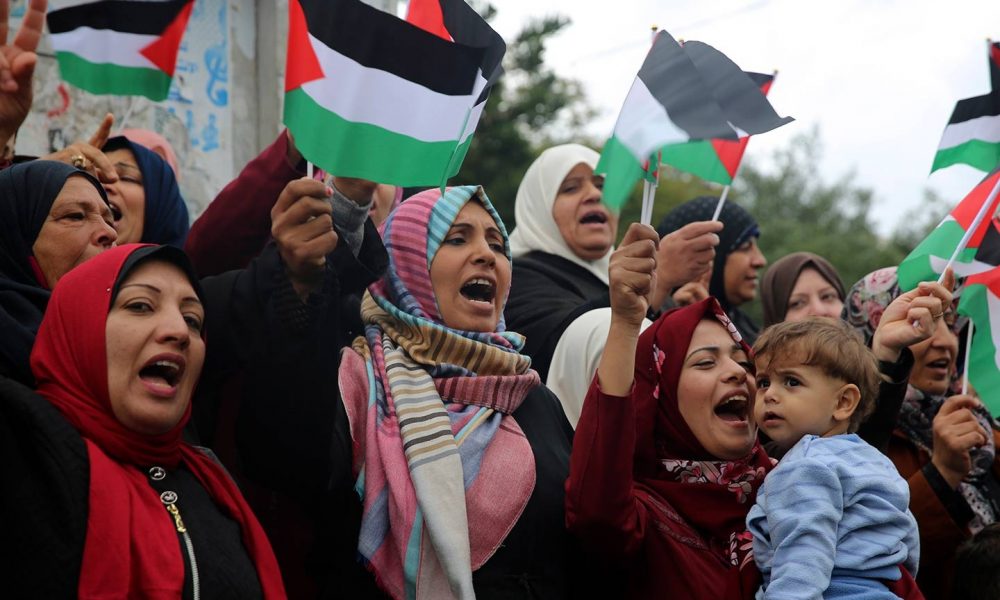 In today’s capitalist society, it is common practice for technology companies to collude with authoritarian regimes around the world. Hewlett Packard Enterprise (HPE) and Hewlett Packard Incorporated (HP Inc.) are no different: over the years, the companies aided the Israeli government in oppressing the Palestinian people and maintaining Israel as an “ethnocractic” state. The Israeli state contains a system of tiered citizenship that discriminates against Palestinian Israelis and Ethiopian Jews, tries defendents in military courts with a conviction rate of 99.7 percent, prosecutes Palestinian teenagers as adults, and deploys its military forces to defend illegal Israeli settlements on Palestinian land, among other forms of violence inflicted on Palestinians.

This oppression is actively aided by multiple corporations both inside and outside the U.S. military-industrial complex. Since 1962, the U.S. has provided over $100 billion in aid to the Israeli government, with most of the money allocated solely for “defense.” HPE and HP Inc are uniquely positioned at the juncture between the U.S.-Israel military relationship and the Israeli prison system. HPE is the exclusive provider of the servers Israel uses to run its population registry for its discriminatory citizenship system; it also provides servers and technology used by Israel’s prison system, which operates in conjunction with the country’s military court system to suppress Palestinian protest and resistance. HP Inc. is the exclusive provider of personal computers to the Israeli military, supporting and profiting from the abuse of Palestinian families who are starved, abused and evicted from their land.

HPE and HP Inc.’s active oppressive role extends beyond Israel. In the U.S., these entities have a history of collaborating with law enforcement agencies to discriminate and oppress people of color, especially immigrants. In 2001, HP donated multiple servers to the National Security Agency (NSA) following the passage of the Patriot Act, which aided in the warrantless surveillance of U.S. citizens. In 2010, HP was contracted by the Department of Homeland Security to design and implement a system to accelerate the process to track, detain and deport immigrants. Between 2015-17, HPE handled the distribution of information from ICE’s Secure Communications Initiative to local, state and federal law enforcement agencies. This initiative violates the civil rights of immigrants in the U.S., and has resulted in the deportations of immigrants without any criminal convictions; severely traumatizing family members, especially children, and occasionally sending people to their deaths. In 2016, HPE was awarded another contract from the NSA to provide equipment for services that are meant to protect NSA’s classified data. In an effort to keep their hands clean, HPE obscured its involvement with ICE and the California Department of Corrections by handing over its contracts to DXC Technologies, a company in which HPE maintained a controlling stake.

The liberation of the Palestinian people from the Israeli apartheid regime requires sustained resistance against the oppressive state and the colluding corporations. The Massachusetts Against HP campaign, as part of the broader Boycott, Divestment & Sanctions movement and the Global Boycott HP campaign, has been advocating for the city of Cambridge to cut ties with HP Inc. and HPE by ending all purchasing and leasing of products from these companies. During its meeting on either Monday April 30, or Monday May 7th, at 5:30 pm, the Cambridge City Council and community members will debate a resolution on this issue. In the fiscal years 2012-14, the city of Cambridge spent an estimated $740,000 per year on Hewlett Packard consumer office technology, servers, and information systems (FOIA Results, ITC47 Itemized Purchases FY2012–2014). Since this estimation is based on limited publicly available information, it is possible that the real amount in more recent years is much higher.

It would be naive to think that dismantling the ethno-religious supremist structure of the state of Israel can be achieved just by convincing the city of Cambridge to boycott HP companies. However, this resolution will be a step towards realizing that goal, as history shows. In 1979, Cambridge voted by popular referendum to become one of the first U.S. cities to end business with Polaroid and other companies still doing business with the South African apartheid regime. Throughout the 1980s, many other cities, universities, and ultimately nations around the world followed suit, using boycotts and sanctions to make South African apartheid utterly unsustainable economically, aiding the collective action to end the racist system of government.

Our international struggle for a free Palestine is the “long walk,” to borrow the phrase of Nelson Mandela. In this long walk, the campaign for Cambridge to Boycott HP Inc and HPE is but one of many steps, but it could prove to be a critical one. Cambridge boycotting Polaroid did not, in and of itself, end Apartheid in South Africa. Similarly, Cambridge boycotting HPE and HP Inc. will not, in and of itself, bring down apartheid in Palestine-Israel. As was the case here in Cambridge in 1979, boycotting HP Inc. and HPE holds the potential to ignite a new era of the struggle for justice and equal rights in Palestine-Israel. Passing this resolution in Cambridge would serve as an example for people across the United States and around the world to push their city governments, universities, and religious institutions to adopt BDS measures of their own. Together, this will take us one step closer to realizing what Yaser Murtaja, the Palestinian journalist killed by IDF snipers, dreamed for himself and for the Palestinian people — to be alive and free. Help us get HP Enterprise and HP Inc. out of Cambridge.

Nafis Hasan is a Graduate Student at Tufts University, and a member of the Democratic Socialists of America, Boston chapter.