This May Day, the international day of the working class, finds the world immersed in a crisis of historical magnitude.

The pandemic that plagues humanity in the 21st century has revealed the incompatibility of the capitalist system and its profit based interests with the preservation of the people’s health around the world. The policy of gutting public health care systems that all governments have implemented has been a constant, not only in semi-colonial countries but also in the centers of world capitalism. This process has intensified significantly since the global capitalist crisis of 2007/08, when governments poured all their resources into bailing out bankrupt banks, multinationals and capitalists. As a consequence, the damage caused by the spread of coronavirus has been magnified on a planetary scale. Nearly 200.000 have been killed by the virus. The world’s leading imperialist power, the United States of America, has become the epicenter of the health crisis. Other powers, such as Italy, England and France, are also among the most affected countries that are unable to control the multiplication of fatalities.

In a world crossed by commercial and currency “wars,” the arrival of the pandemic resulted in a qualitative leap and acceleration of the global capitalist crisis, a crisis that had been brewing for some time. All the bailout and stimulus measures for bourgeois sectors that imperialist and capitalist governments carried out from 2008 to the first months of 2020, intended solely to save the banks and a minority of big businesses, had already proved insufficient to prevent the world economy from falling into recession. The Covid-19 pandemic put an end to the ravings of bourgeois scribes, pushing the world economy in one fell swoop not just into recession, but directly into a depression. The “investors” fled to financial havens, the shares of the world’s leading companies sank, payment chains were broken and bankruptcy proceedings broke out. As a consequence of this crisis, all preceding social antagonisms are escalating to unbearable levels, while the only things that grow are layoffs, poverty and the misery of millions of working people. In the United States and Europe, layoffs number in the millions. And the same phenomenon of massive job destruction is spreading throughout the world, including our country. Although there are also signs that the working peoples of the world are preparing to confront capitalist austerity.

On Donald Trump’s initiative, the U.S. Congress voted to allocate billions of dollars to bailing out capitalist groups in crisis, in contrast to the scarce resources destined to reinforce the health care system. Likewise, the US government has used the pandemic and the capitalist crisis to promote a reactionary and criminal economic blockade against the peoples of Cuba and Venezuela, and to redouble its military threats against Iran. The European Union is promoting bailout measures similar to those of the US government. The conservative and right-wing governments of Europe, like those of Boris Johnson in the United Kingdom and Emanuel Macron in France, as well as the center-left or “progressive” governments, such as that of Giuseppe Conte in Italy and Pedro Sánchez in Spain, have revealed their criminal nature, by resisting social isolation in order to preserve the “economic activity” of their respective countries. Similarly, in Latin America, the pandemic blurred the differences between ultra-right-wing Jair Bolsonaro and “national and popular” López Obrador. Both, underestimating the impact of the pandemic, push their respective countries’ masses into massive contagion, with the aim of preserving business profitability.

In our country, employers press for a complete lifting of the quarantine, aiming to reactivate economic activity to preserve their profits, objectively threatening working people’s health. Sector by sector, the Fernández government progressively gives into business lobbies, while refusing to allocate the necessary resources to reinforce the health care system and promote massive testing, or to redirect industrial sectors to the production of essential supplies and instruments to face the pandemic. On the contrary, the Fernández government reaffirms the policy that it has defended since the day it took office: subordinating everything to the restructuring of the debt with private creditors and international credit organizations, without questioning the “hateful” and fraudulent nature of that debt. This debt restructuring plan was voted in Congress with the sole opposition of the Left Front’s representatives. The government has not only sustained rigorous payments of most debt maturities that have taken place in the course of this year, allocating 4.5 billion dollars that were provided the emergency law itself (even in the framework of the arrival of the pandemic), but has also presented the international loan sharks — in agreement with the IMF and the bosses’ “opposition” — a restructuring plan that establishes a deduction of only 5% of owed capital and recognizes a enormously higher interest rate than the one prevailing in the international market. Meanwhile, it recognizes the debt as a whole, which surpasses 400 billion dollars, including the loans that Macri took from the IMF, money that went entirely to the financial bicycle.

While the “national and popular” government was making extreme efforts to comply with the provisions of the IMF and international financial speculators, the arrival of the pandemic found the Argentine public health care system with a frozen budget that was inherited from the government of Mauricio Macri and all previous Peronist governments. The consequences of this underfunding were quickly revealed: Argentina today has the highest proportion of health personnel infected with Covid-19 in the world. The capitalists, for their part, unload their crisis on workers’ backs, with tens of thousands of layoffs, suspensions and violent wage reductions. The union bureaucracy, far from defending workers’ benefits, act as representatives of their respective employers, legitimizing the bosses’ attacks against labor rights. And the government allows the increase in layoffs, suspensions and salary cuts, while rewarding companies with state subsidies to cover wages that should be paid out of the fabulous profits those companies have obtained in previous years.

Capitalist governments in most countries, under the cover of the health crises, are reinforcing their security apparatuses and giving them a renewed role, foreseeing new uprisings by the masses in the face of widespread famine and health catastrophe. To this general trend, the government has added cyber patrols, which amount to no less than repressive preventive social control on social networks, against possible social protests and a rise in discontent.

The pandemic has exposed the criminal nature of the capitalist politics of the world’s different governments.

On the other hand, the exploited have begun to make our voices heard. Health care workers on the front line of the fight against coronavirus, are in turn leading the fight against capitalist governments’ gutting of health care, leading all kinds of demands, assemblies, hospital rallies and other possible actions in the framework of the pandemic. In the US, Mexico, Honduras, Colombia, Peru, Brazil and Argentina; in the United Kingdom, Italy, Greece and France; in Pakistan, Nigeria, Malawi, Zimbabwe and South Africa; health care workers stand up and lead the way for the entire international working class. Young precarious workers who have been actively denouncing salary cuts, like fast food workers and the international strike by delivery service workers, among others, are also embarking on this path.

In turn, the working people of the world do not enter the present crisis with a “blank slate.” 2019 was marked by the emergence of the proletariat in major metropolises and by the emergence of great popular rebellions in different Latin American, Middle Eastern, North African and European countries, such as France. The pandemic has imposed a relative containment of these mass struggles and uprisings, but in no way have these processes been closed. All the social contradictions that motivated these rebellions, far from dissipating, have become more acute. And just as various early expressions of protest have already begun to manifest against governments’ bad responses to the pandemic, the processes of struggle and demands will tend to grow, recovering the 2019 experience.

We reject the thesis posed by various progressive sectors that states that the problem is not capitalism but only neo-liberalism, suggesting that there could be a “more humane capitalism.” The current crisis shows the irrational, decadent and destructive character of the capitalist system in all its variants, with policies carried out both by so-called right-wing liberal governments and so-called “national and popular,” “progressive center left” or false socialist ones.

For this reason, the defense of workers’ political independence in current and future battles, as opposed to the disastrous policy of class collaboration, will be fundamental to lead working class and popular struggles to victory and to pave the path that leads workers to power once and for all.

To strengthen this perspective on this May Day, this day of struggle, of vindication of the international unity of the working class and of commemoration of their martyrs, the Workers Left Front Front — Unity raises an anti-capitalist and socialist program of comprehensive response to the pandemic and the capitalist crisis:

First published in Spanish on April 24 on La Izquierda Diario. 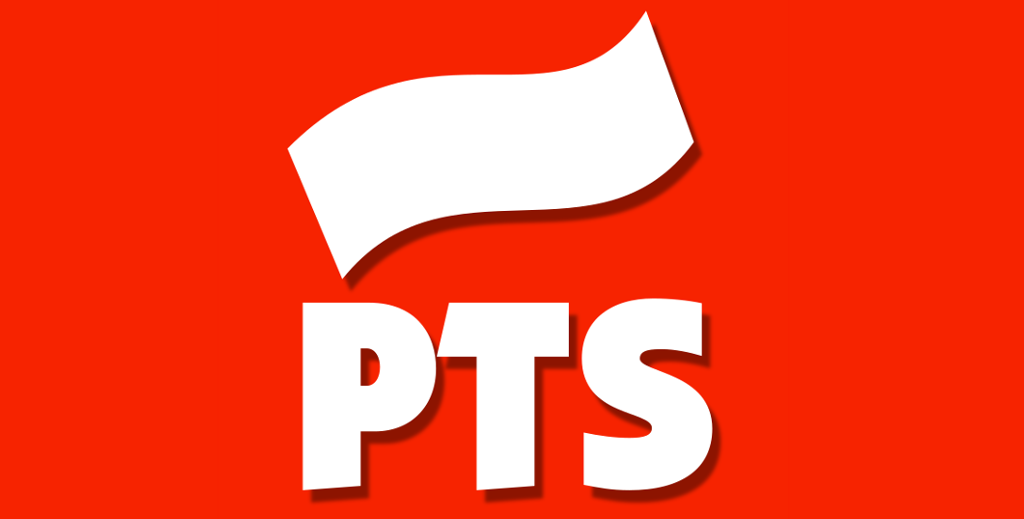 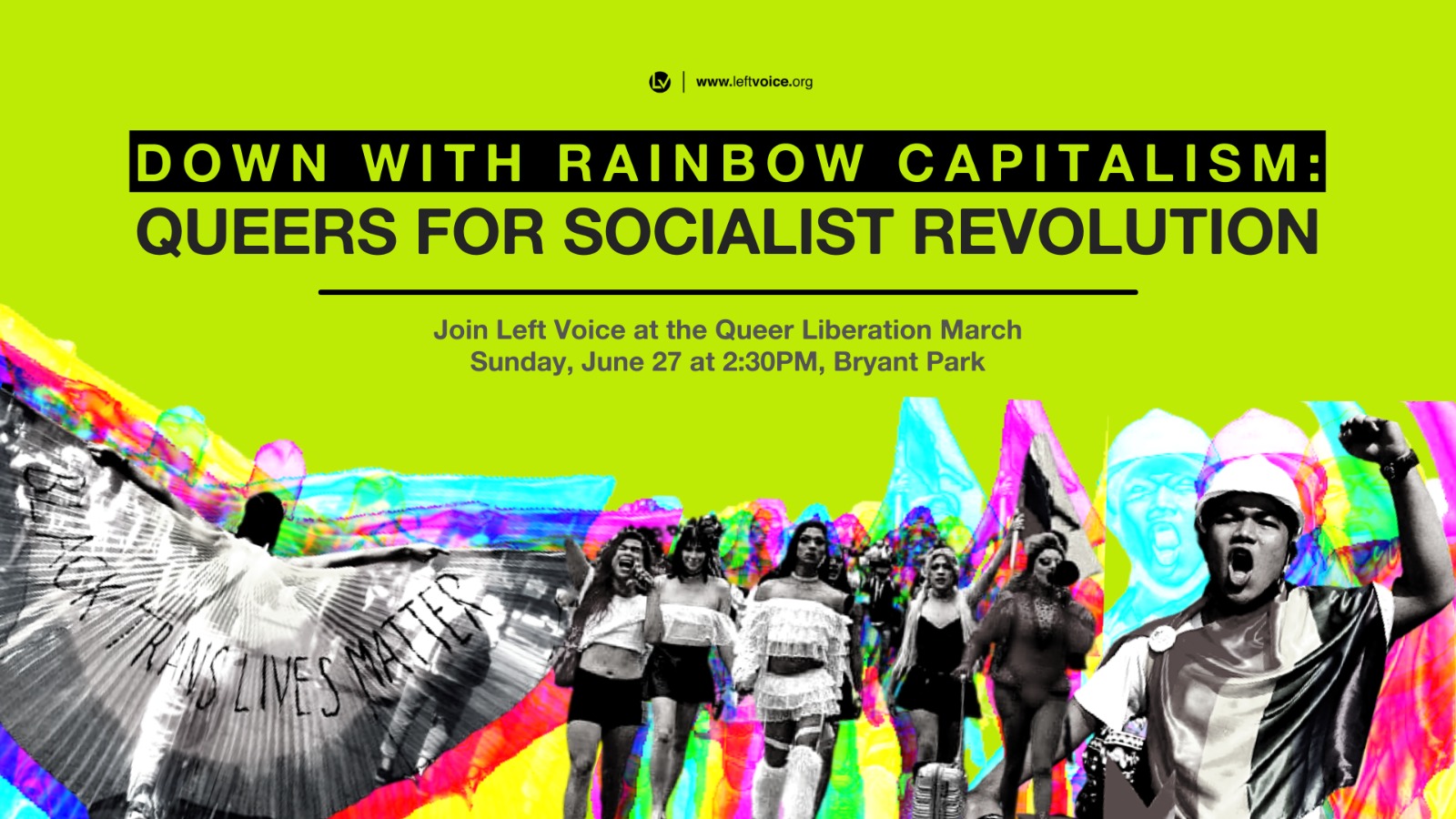