After reaching an agreement with the Chicago Teachers Union for an improved but insufficient reopening plan, Mayor Lori Lightfoot has shown her true colors when it comes to the labor movement and democratizing Chicago Public Schools. 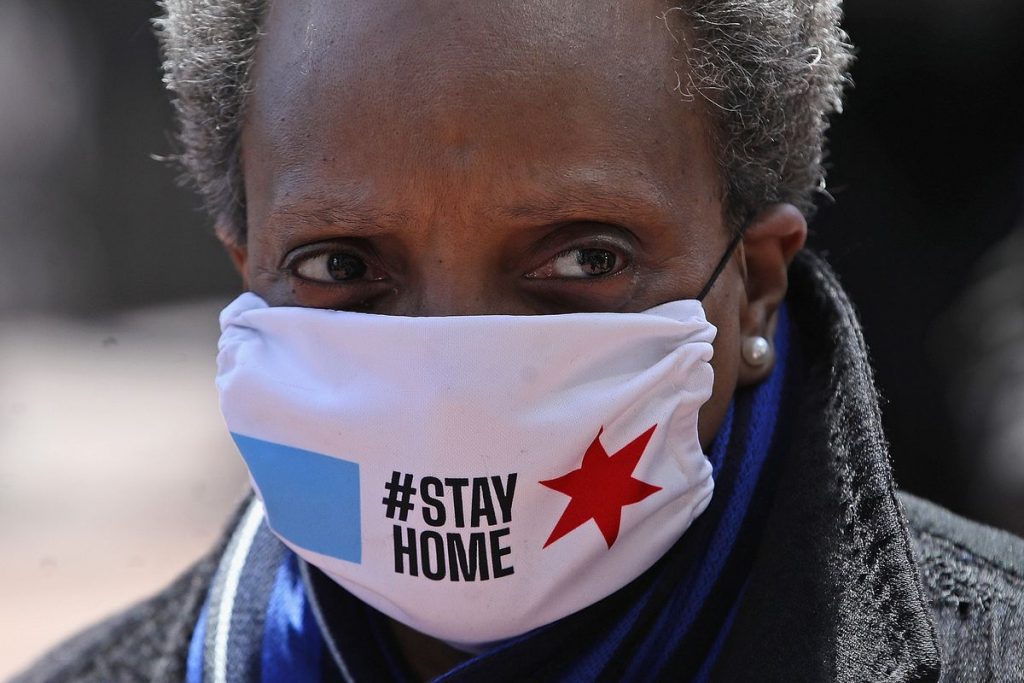 In April 2019, having won election but not yet sworn in as the new mayor of Chicago, Lori Lightfoot tweeted: “My mother was an elected school board member, so I understand the importance of giving parents and stakeholders a real voice in how our children are educated. I am looking forward to working with [the state legislature] to pass a fully elected and representative school board.”

Fast forward to today, and it’s hard to believe those words came from the same person who recently told the New York Times that Chicago Public Schools (CPS) “never would have opened without mayoral control” in an interview following the narrowly passed agreement she and the Board of Education struck with the Chicago Teachers Union (CTU), which represents more than 20,000 teachers and 3,000 paraprofessionals and other school-related personnel.

Lightfoot stated that student achievement was the reopening plan’s “primary focus,” pointing to learning loss and widening educational gaps. That remote learning is challenging and burdensome is indisputable — but sending students and teachers prematurely into the classroom is not the answer. The concern about learning is a convenient veil for the principal reason officials are pressing schools to reopen: capitalism. Open schools are crucial to getting parents back to work for the sake of capitalist profits.

Chicago’s public schools, as in many other major U.S. cities (including New York and Washington, D.C.) are controlled by the mayor and a mayor-appointed school board. Results of a 2015 referendum displayed Chicagoans’ overwhelming support for transitioning to an elected school board, which would give people a louder voice in the decisions affecting their children and communities. Lightfoot campaigned on a promise to transition the Chicago school board to an elected one, but has since put that position in doubt — showing her true colors when it comes to democratizing Chicago Public Schools.

Despite Lightfoot’s reputation as a “progressive” Democrat in office, her increasingly anti-union position wins praise from right-leaning publications. She has even accused the Chicago Teachers Union of having an ultimate goal of taking over Chicago Public Schools and the city government. This casts the union in a typical light: a bully working against the best interests of students and families rather than a crucial (if imperfect) organization of workers.

Asked about the district’s move to lock teachers out of their remote learning platforms if they refused to go back to the classrooms, Lightfoot bemoaned the “chaos” created by teachers by refusing to abide by the terms of their employment, even when the overwhelming majority of teachers and parents see those terms as putting their safety at risk.

Lightfoot’s implication that teachers should simply get over it and go back to work is denigrating to workers dealing with unprecedented circumstances beyond their control. CTU President Jesse Sharkey sent a statement to members after the votes had been counted: “We know that educators have not been standing in the way of reopening. A pandemic that has taken millions of lives across the world is standing in the way of reopening.”

In the New York Times interview, Lightfoot said her office enjoys “labor peace” with more than 40 organized labor units around the city, except for the Chicago Teachers Union. How this “peace” benefits other unions is unclear; the CTU had to fight tooth and nail to receive bare minimum concessions around safety concerns.

The concessions made by CPS are in no way insignificant. The reopening plan includes more vaccinations allotted to teachers, better ventilation in schools, and improved contact tracing — all bare minimum demands that were absent in the district’s previous iteration. Many workers and union officials have stated that this deal should have been the district’s starting plan, not where it ended up. Sharkey admitted the plan was far from perfect: “This plan is not what any of us deserve. Not us. Not our students. Not their families.”

Considering the stance of CPS just weeks ago, these concessions are certainly a win. This battle is evidence of the power of organized labor even when the bosses seem to take an intractable position. However, it also highlights the shortcomings of unions when they fail to take a hard stance in support of their members’ demands. The deal as it stands still forces thousands of teachers back into the classroom, even as many other parts of the state are maintaining remote learning plans.

Rather than capitulating to the capitalists in their individual cities, teachers unions should be organizing a national strike for all teachers to fight against unsafe reopenings. Politicians and union bureaucrats with whom they negotiate should not be the ones deciding how and when it is safe to reopen schools. That points to the need for rank-and-file teachers to fight for control of their unions. Right now, those decisions should be made by teachers, school personnel, parents, and community members in consultation with scientists and based on testing data.

The strength of the rank and file to disrupt the status quo is immense, and workers of all stripes should organize and stand together against the systemic problems that have existed in education since long before the pandemic.