McDonalds pretends to be on the side of women, but we know better. 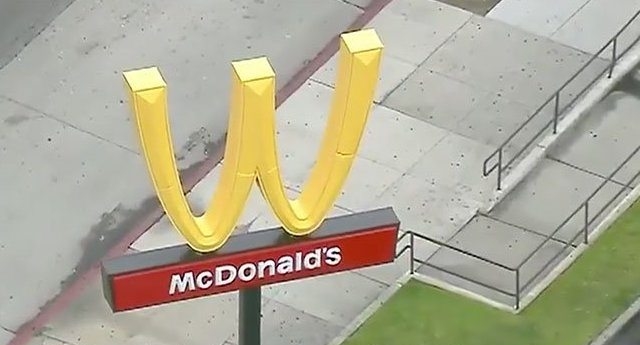 McDonald’s, the fast-food chain that makes toxic and addictive food, destroys the rainforest, and would rather automate their restaurants than pay their employees $15 an hour and recognize a union, has decided to change their signature “M” to a “W” for International Working Women’s Day (IWD). McDonalds, your slick ploy won’t work on your female employees or customers!

IWD was born from the struggles of working-class women. Now, McDonald’s would have us believe that they are on the side of today’s working women, whom they exploit and mistreat every day. Women who work for McDonald’s are burned by the hot grease, harassed by bosses, and intimidated when they try to organize. Adding insult to injury, this capitalist behemoth has the audacity to act like they are in solidarity with women! In reality, the only solidarity McDonald’s has is with capitalism.

Trying to score cheap points, McDonalds would have us forget that they do everything possible to further oppress working-class women and profit from the oppression of women and workers throughout the world, while putting poisonous food in communities and running out local (and often healthier) food businesses.

This attempt to cash in on International Women’s Day with a brazen lie is pathetic. It is also outrageous and absurd; it’s WacDonald’s! But we are not fooled. Working-class women know perfectly well that McDonald’s is not their friend. That is why, only a few years ago, they organized the biggest strikes in the history of the fast-food industry that culminated in the Fight for $15 movement.

Our solidarity is with the workers who fight for better working conditions and a living wage at McDonald’s and everywhere in the capitalist system. On International Women’s Day, we support a McWalkOfftheJob and a McStrike against the capitalist profit machine that exploits and degrades workers. Our solidarity is with the women who fight back against economic violence and struggle for a better world.