Disney, Amazon, and other capitalists give donations to the NAACP and other organizations to appear they support “Black lives.” Their treatment of their Black workforce shows otherwise. 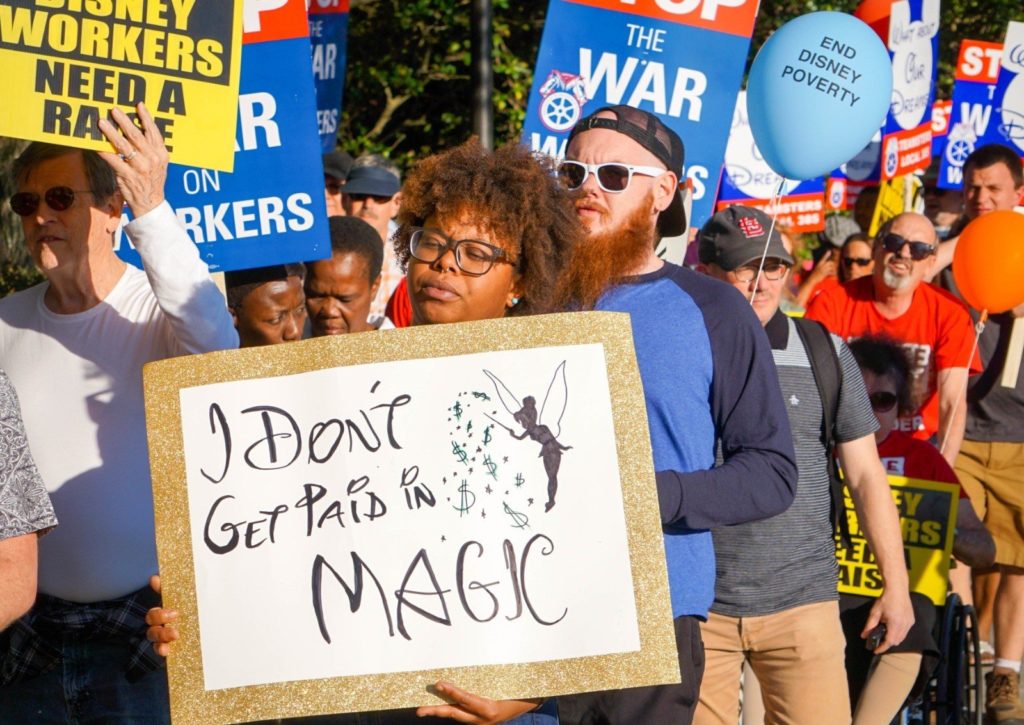 Disney has pledged to give $5 million to “social justice causes.” $2 million will go to the NAACP, while it is unclear where the other $3 million will go.

Amazon has likewise pledged $10 million to “social justice organizations.” They have also assembled a Black Lives Matter movie list on their online streaming service, complete with Black films and documentaries.

But wait — didn’t Amazon fire Black workers like Chris Smalls who challenged them for not providing proper PPE? Didn’t Amazon workers get sick and some die because they did not have PPE?

And didn’t Disney just cut off their worker’s benefits leaving them without income and health insurance? And didn’t a Black woman and Disney employee — Yeweinisht Mesfin “Weiny” — die in her car because she was overworked and did not make enough money to have a place to live? She lived in her car and died in her car, all because her wages from Disney were so low. Disney didn’t even pay for flower arrangements for the funeral. How dare they claim that they care about Black lives when their terrible working conditions helped end a life?

Disney, Amazon, Target, and other capitalists who are writing woke-sounding letters can’t hide the exploitation and repression of their workers. This is why in the first days of the uprising, the Target store in Minneapolis was “targeted” and burned to the ground. The store represents exploitation, union busting, and mistreating staff that is mainly made up of Black and Brown working-class people. These letters and donations are nothing more than charity and empty acts intended to obscure each company’s own history of racism, abuse, and exploitation.

Bourgeois charity means the powerful stay powerful but appear empathetic. The CEOs and Boards of Directors didn’t care about Black and Brown people before the uprising and they don’t care now. Amazon still exploits its workers, Disney has not restored the benefits it cut, and Target continues to union bust. The difference now is that there is a very real threat of a furious and organized working class. And the capitalists will throw a few pennies our way in hopes that it stops us from challenging the right to a system to exist.

But, really, we don’t need Disney or Amazon or Target to exist. We don’t need capitalism to feed, clothe, or house people, or to enjoy life and time with our families. We don’t need them, but the capitalists need us! To make their billions. To work for them for pennies. Our solidarity terrifies them.

Let’s keep fighting and let’s strategize to expand this fight against systemic racism to a fight against capitalism and imperialism. Companies will perform meaningless PR gestures and make paltry charity donations, but they can never liberate us. Only we, the working class and oppressed people, can liberate ourselves.