Workers at General Motors’ pickup-truck plant in the city of Silao, in the central state of Guanajuato, Mexico, voted to be represented by the independent labor union SINTTIA — a big win for workers trying to self-organize for better working conditions and pay. 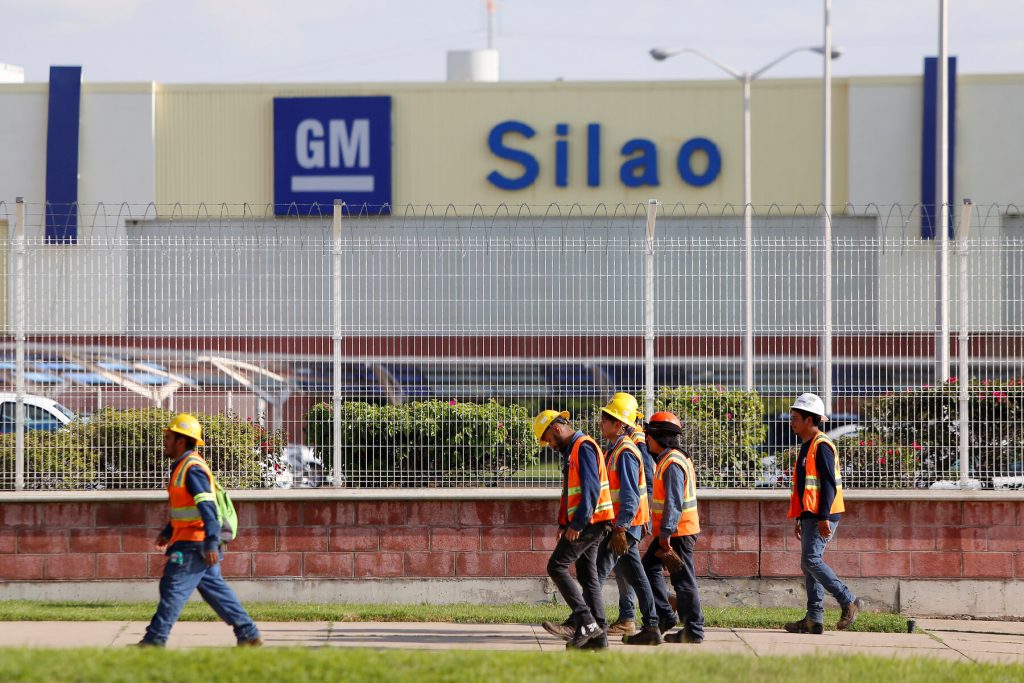 On Tuesday and Wednesday, workers at General Motors’ pickup-truck plant in the city of Silao, in the central state of Guanajuato, Mexico, voted to be represented by the independent labor union SINTTIA.

Workers voted to join SINTTIA overwhelmingly, with 4,192 votes out of 5,389 valid ballots, in an election with almost 90 percent turnout. Mexico is the fourth-largest vehicle exporter in the world, and this decision by workers to fight for a new union could have an impact on workers at other GM plants and on autoworkers all over Mexico.

Employees at the factory voted in August 2021 to dissolve the contract bargained by a corrupt local of the Confederation of Mexican Labor (CTM), preventing the CTM from representing workers at the plant going forward. ​​The CTM had held the Silao contract since the plant opened in 1995 and is aligned with the Institutional Revolutionary Party (PRI), in power from 1929 to 2000. The CTM’s leaders would sign union contracts with companies and corrupt government officials before they even opened plants. During the initial vote to remove CTM in April, Interior Department inspectors discovered that at the offices where the union itself kept the ballot boxes, ballots had been destroyed, undermining the vote’s legitimacy. This was a bridge too far even for the imperialist, union-busting U.S., and a labor complaint was filed under the United States–Mexico–Canada Agreement (formerly NAFTA). The vote was rescheduled for August 2021 with more inspectors and observers to try to ensure the vote’s integrity.

The GM workers in Silao start out earning less than $9 a day, 60 cents lower than Mexico’s national daily minimum wage. To try to grow extremely meager earnings, workers would put money into a yearly union savings plan to earn interest, but the CTM would hold these funds over workers’ heads to force them to support the union. To add insult to injury, the CTM would use these funds to ​​make loans to workers at a rate of 50 percent, forcing them to join the union to borrow money and pay interest on it. Thus, one of the proposals that this caucus was elected on was to raise wages enough that workers would no longer have to take out loans to survive. The fight to oust the CTM and bring in a new union demonstrates the hatred of the CTM bureaucracy allied with imperialist bosses and the desire for union democracy.

This unionization effort is a win for workers trying to self-organize for better working conditions and pay, but the new union has a challenge ahead. They have not yet organized assemblies, but to have true union democracy that allows workers to have representation, workers would need to put forward suggestions such as having general assemblies with rank-and-file delegates and recallable candidates. It’s vital for the U.S. working class, socialists, and labor activists to closely follow the process in Silao. The Mexican workers are leading the way, and unions and organizations of the working class and oppressed must show active support. The U.S. government and the capitalists of our country oppress and exploit our brothers and sisters in Mexico, continuing the cycles of imperialist exploitation. We must raise our voices on this side and fight together against our common enemy.