On June 4, teachers from four states in Mexico began a strike against the government’s education reform. Already, the teachers’ massive marches have been met with violent repression as several teachers have been beaten and injured. In addition to voting for an indefinite strike, teachers from several states traveled to Mexico City to set up an occupation in front of the Ministry of the Interior. The occupation extends for four blocks. The teachers have also organized marches, including one on Wednesday which marched to the Mexican stock-market and protested in front of the U.S. embassy.

The teachers are on strike against an educational reform law, passed by President Peña Nieto, which imposes a standardized test on all teachers in Mexico with the stated goal of more “competitive” employment. Teachers who do not pass this test — which is full of spelling mistakes and case-study questions with subjective answers — would no longer be able to teach, regardless of how many years they have worked in the profession. Additionally, the reform law removes resources and government funds from schools. It aims to eliminate rural teacher-preparation schools — such as the one in Ayotzinapa at which the 43 disappeared students studied — as well as threatening wage cuts and firing teachers who do not come to work, which is a measure that affects those that are unable to arrive at school due to structural issues (long distances, broken-down transportation, etc) but also aims to prevent them to go on strike. 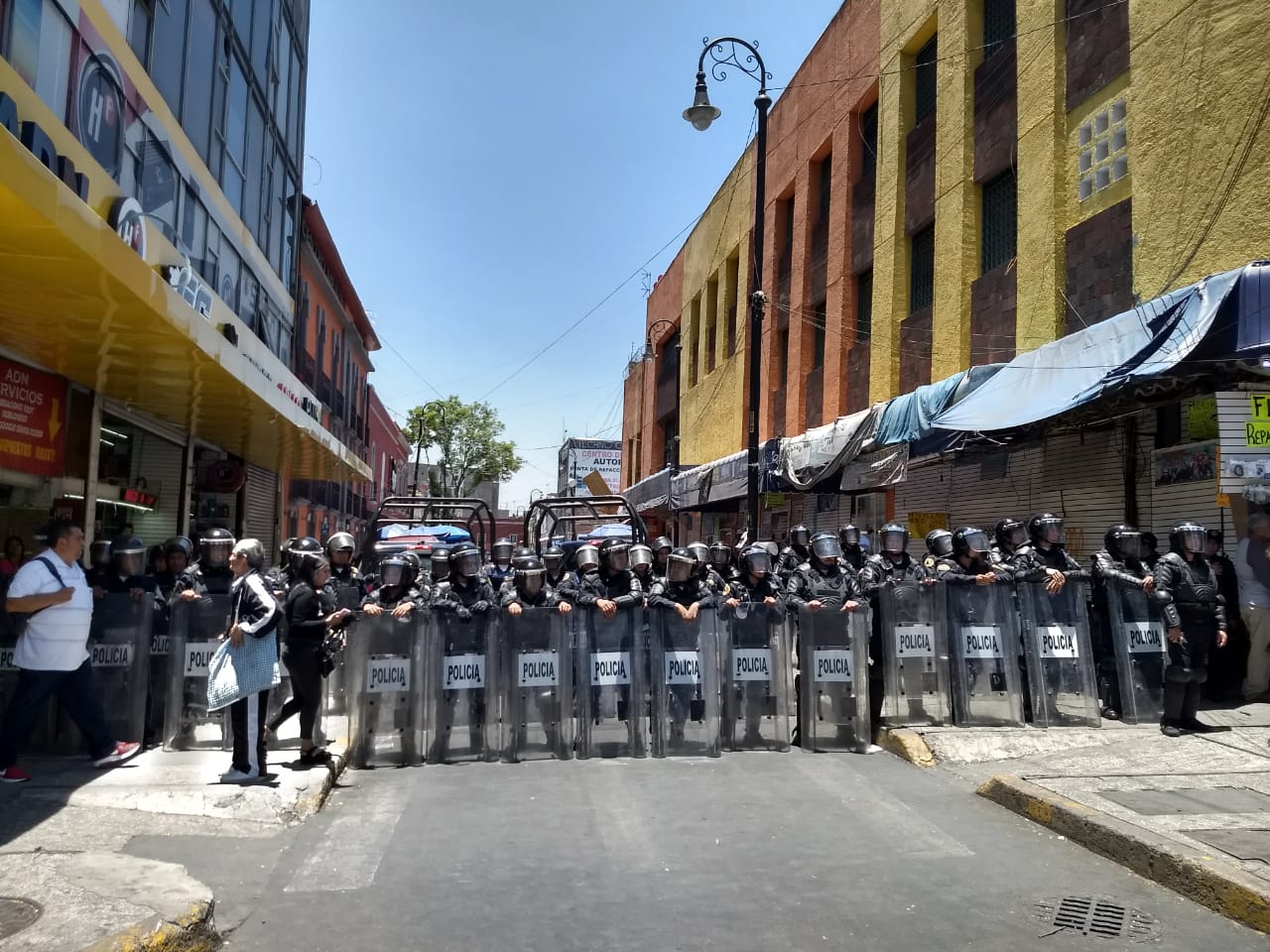 For years, the SNTE has been controlled by union bureaucracies (called “charros“) that impose the government’s draconian measures rather than representing workers in a fight against them. This is not surprising, since the SNTE is part of the Confederation of Mexican Workers (CTM). CTM is the trade union central that is entirely controlled by the PRI, the party of current President Enrique Peña Nieto. The CTM is the union organized by the party that has ruled Mexico for almost all of its history– the PRI , which ensures that the working class stays in check.

In 1979 the CNTE arose, positioning themselves in opposition to the charros of the SNTE. The CNTE is particularly strong in states like Chiapas, Guerrero, Oaxaca and Michoacán (and in some sections of other states) which have huge, poverty-stricken indigenous populations. Historically, the demands of these sectors of teachers have been completely ignored by the SNTE, which leaves room for an organization such as the CNTE. Famously, the CNTE was involved in the organization of the 2006 Oaxaca teachers uprising, when teachers and community members took over the city and organized popular assemblies to decide on the governance of the city. 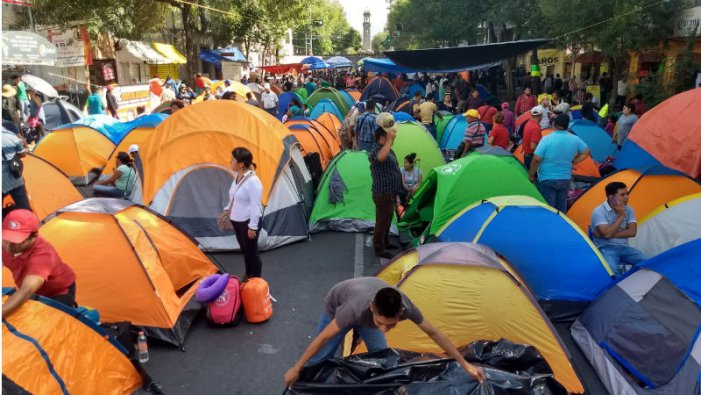 The educational reform measures will hit the indigenous rural communities particularly hard because the removal of government resources opens the way for privatizing education. Additionally, indigenous communities teach their own language and customs in these schools, preparing teachers to teach in their own communities.

The Mexican elections are only a month away, and the teachers overwhelmingly support the center-left candidate for the party MORENA: Andrés Manuel López Obrador. All of the parties in opposition to Obrador argue that the CNTE’s occupation is an electoral ploy. This idea was echoed by the PRI’s presidential candidate José Antonio Meade, who tweeted:

“I told you so: the #CNTE does not care about our children’s education. Not a single word about them in their demands. Nevertheless, López Obrador’s allies still create chaos in Mexico City, they’re violent and are absent from their classrooms, and they promise to end the #EducationReform. We must not allow this. Enough of this!”

While many of the teachers mobilizing are indeed supporters of Obrador, he has done nothing to support them. With the massive support for Obrador in the upcoming elections, a mobilization called by MORENA could make all the difference for the teachers. However, López Obrador has not engaged in any active support of their struggle.

This is not the first time teachers have taken to the streets against anti-labor attacks disguised as education reform. In 2013, when the new plan for education was still in the process of being discussed, thousands of teachers from the CNTE came to Mexico City to protest. Then in 2016, more teachers mobilized, but this time they were not from states where the CNTE has a strong presence; surprisingly, these teachers were led by the SNTE. There were protests and mobilizations in states that had not mobilized in decades. In fact, the nefarious effects of the education reform were enough for the rank and file to break with the bureaucratic control of the SNTE to mobilize in 2016 alongside teachers of the CNTE.

Now, teachers from the CNTE have once again marched to Mexico City — even though the education reform law had already been passed. Hundreds are now camping outside the Ministry of the Interior, the head of which is second in command in Mexico and whom they demand to set up a negotiation.

In conversation with La Izquierda Diario (the Spanish-language “sister site” of Left Voice), Arturo Méndez, a high school teacher from Mexico City, said, “it is very important to surround this struggle with solidarity so that teachers can win.” As part of this campaign, he called on “all teachers from Mexico and all of America to send photos with the hashtag #YoEstoyConLosMaestros.” 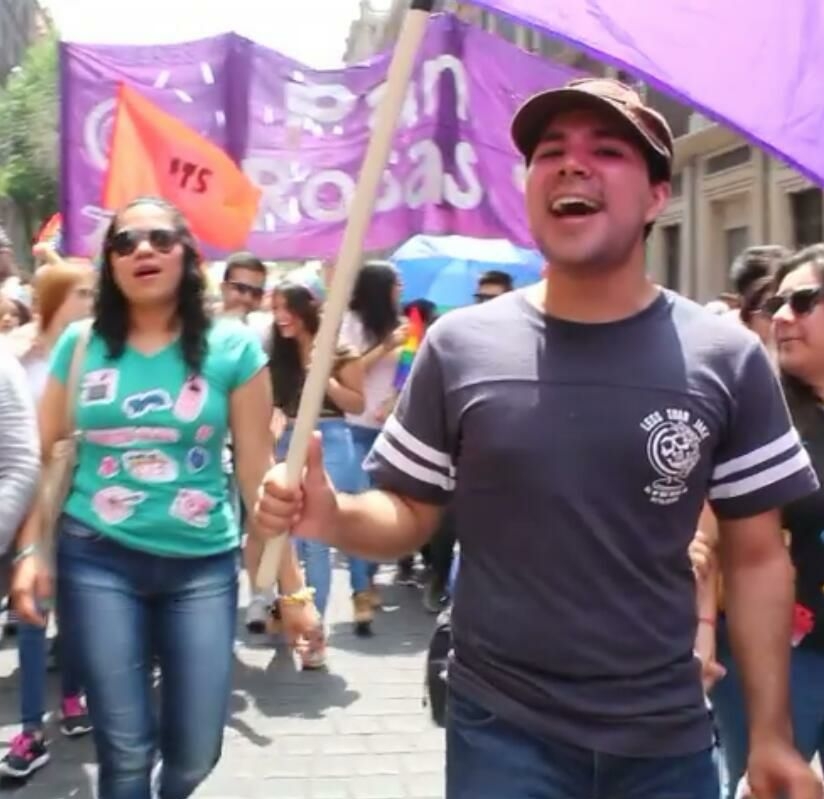