Mexico Represses a New Migrant Caravan Headed to the U.S.

On Sunday, the Mexican National Guard violently repressed another migrant caravan. AMLO’s administration continues to do the violent dirty work of the U.S. state. 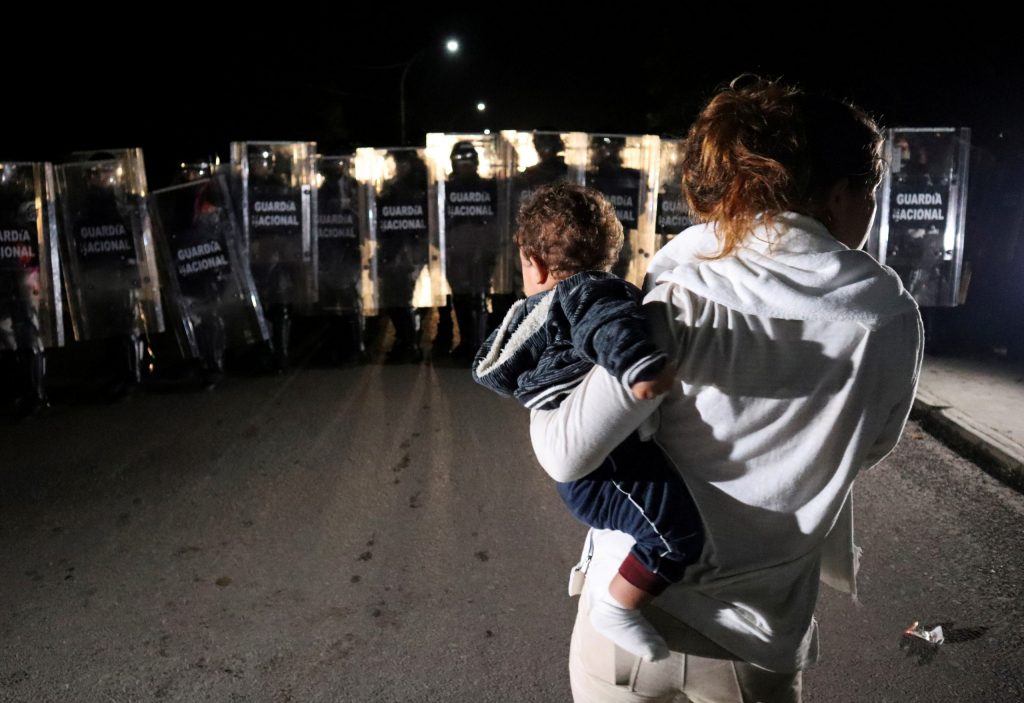 Early in the morning on Sunday, the Mexican National Guard and National Institute of Immigration (INM) repressed the fourth caravan of migrants that has arrived in the country in a week. These are mostly families with children fleeing violence and poverty in their countries of origin, headed to the United States to apply for refuge.

While Mexican president Andrés Manuel López Obrador (AMLO) has promised to speak with U.S. president Joe Biden to ask him to address the root causes of migration, the truth is that the Mexican National Guard and immigration officials continue to do the violent dirty work that Donald Trump entrusted with him while he was president, and which continues under the Biden administration.

This fourth caravan lasted less than 24 hours and was broken up in the municipality of Huixtla in the southern state of Chiapas after traveling just over 40 kilometers during the day on Saturday.

At 5:00 a.m. on Sunday, agents from the INM and the National Guard broke up this group, made up of some 500 migrants, the majority of whom were Haitian, Central American, Cuban, and Venezuelan. The military arrived in the early morning where the migrants spent the night in order to surprise and capture them, and allowed INM officials to violently attack the migrants.

Later, the repressive apparatus of AMLO’s government began search operations and detainments in the streets, avenues, parks, and the riverbank of the Huixtla river, as well as other places where the migrants were hiding.

First Published on September 6 in Spanish in La Izquierda Diario