130 politicians have been killed in Mexico this election cycle. 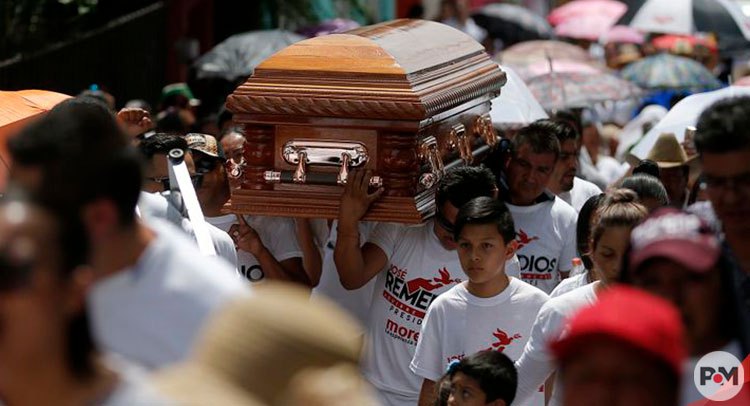 Today, Mexicans will go to the polls to vote in Presidential, as well as Congressional and local elections. While everything points to the possibility that the center-left anti-establishment candidate Andres Manuel Lopez Obrador will win, these elections have been marked by violence against candidates.

According to the consulting group Etellekt, there has been a total of 543 acts of violence against politicians. One hundred and thirty-two politicians have been killed including 48 candidates or aspiring candidates. Of those candidates killed, most were running in municipal elections. Ten of them were running for state Congress and one for federal Congress. 16% of municipalities experienced violence towards politicians during this electoral cycle.

Many of states that experienced violence against politicians are those deeply entangled in the “war on drugs”. Jalisco is where the Jalisco Cartel (New Generation) has its base of operations. The southern state of Guerrero also saw the penetration of organized crime in the so-called Hot Land zone (Tierra Caliente) and the Small Coast (Costa Chica) of Guerrero. The disappearance of the 43 Ayotzinapa students occurred in Guerrero– allegedly kidnapped by the drug gangs Guerreros Unidos (United Warriors) and Los Rojos (the Reds).

The murder of politicians is one more symptom of just how debased Mexican democracy is. The country was governed by one party for most of the 20th century, which in 2000, was replaced by a right-wing party. Electoral fraud, even in Presidential elections is common, occurring in 1988, 2006 and 2012.

These murders also occur in the context of generalized violence in Mexico. Even the most conservative figures estimate that in the “war on drugs” 160,000 people have been killed, 25 million have been displaced, and between 25,000 and 45,000 have disappeared; femicides increased 138% between 2007 and 2012. There are widespread murders of journalists as well; 65 in 2017 and 47 so far in 2018. The exacerbation of violence in these elections is one more symptom of the decomposition of bourgeois democracy in Mexico.