MEXICO: Solidarity Amongst the Rubble

After a massive earthquake hits Mexico City, a massive relief effort is organized by everyday people. 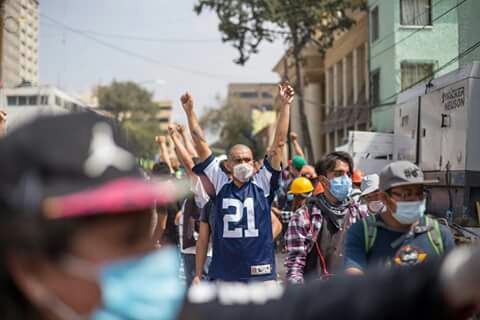 On Tuesday, September 19, Mexico City was bustling with activity. Many workers were on their lunch break, the streets were filled with people, and others were hard at work in factories and offices. At 1:14 pm, the ground began to shake, and the tremor lasted six to seven minutes. Pieces of buildings began to fall, and cars were crushed by the debris.

Shortly after the ground stopped shaking, several buildings fell. At least 50 building collapses were reported, including at least part or all of 16 schools. Over 30 students and several teachers died in one of the schools that collapsed, and two thousand other schools suffered structural damage.

Electricity, water, and gas were out for large parts of the city, and cell phone service was sparse. People were not sure if their loved ones were okay for hours after the quake, as the dangers continued for hours. Even up to 7 hours after the quake ended, buildings continued to collapse. Public transport stopped working, and people walked the streets in an attempt to get home.

Volunteer brigades began to work non-stop to try to rescue people from the rubble. Loudspeakers, which were installed around the city, recommended that people stay home, focusing on breaking up independent organizations of the people rather than on rescuing people who are still stuck under the rubble.
The epicenter of the earthquake that registered at 1:14pm was between Puebla and Morelos, a whole 120 kilometers from Mexico City. The death toll has risen to 225 after the 7.1 earthquake that shook Mexico. This was the second quake in less than two weeks to hit Mexico. The previous one, a 8.2 quake in Oaxaca and Chiapas, also leveled cities and killed at least 96 people.

Even seven hours after the earthquake, buildings can still collapse, and the volunteer rescue brigades continue to work nonstop as they rescue people trapped in the rubble. The government, on the other hand, did what they always do in the case of a national disaster– call in the military. This is part of what is called “Plan DN-III”, officially meant to protect “the life and property of Mexicans by calling in the military who merely get in the way of rescue efforts. 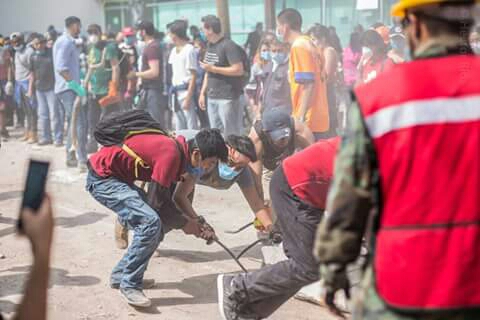 Many Mexicans could not help but feel a horrible sense of deja vu. On the exact same day, 32 years ago, a major earthquake shook Mexico City, causing major destruction and thousands of deaths.

Mexico City is prone to earthquakes — inevitable natural phenomena. However, what is not natural is that dozens of buildings collapse in the same areas of the city where they collapsed in 1985. Government after government has promised that buildings would be safer. They aren’t. The working class is forced to live and work in buildings that are poorly built and very vulnerable to collapsing during a quake.

The construction companies in association with corrupt politicians have made millions by overcharging for low quality buildings. Had there been effective supervision of the new buildings constructed after the 1985 earthquake, the effects of this tragedy could have been greatly lessened. It is the state’s fault that so many people died; this is not a natural disaster, it is a capitalist one. 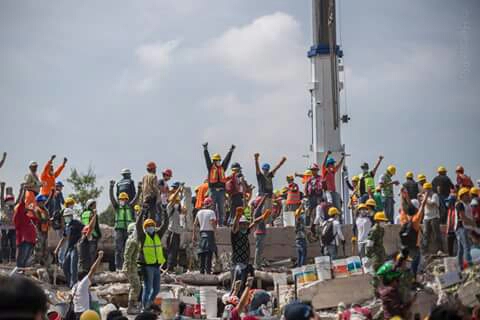 As soon as the quake ended, Mexicans began to organize brigades to rescue people from the rubble. They organized human chains where people pass the rubble from one person to the next in order to clear the debris from the area and look for survivors. Others have organized the distribution of food, water, supplies, and medicine. Still others are sharing cars to transport people around the city, and some are even opening their homes to those left homeless by the quake.

At UNAM, the largest University in Mexico, students and academics opened a food pantry and a place to keep medicine, latex gloves, bandages, and more. The day after the earthquake, hundreds of students organized rescue brigades throughout the city. This immense solidarity among the Mexican people is in stark contrast to the repressive measures taken by the government that encourages people to stay at home and deploys the military to protect private property rather than rescue people. In some areas, the military surrounds leveled buildings and prohibits people from looking for people trapped in the rubble. 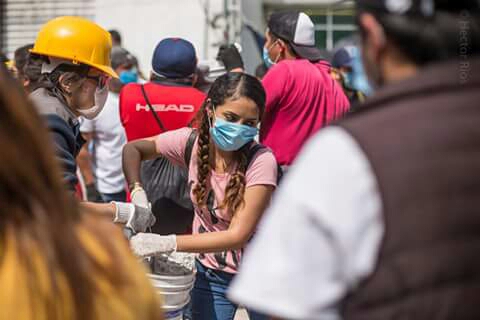 A Case Study of Solidarity: A Collapsed Textile factory

One of the worst cases of building collapses was a textile factory that collapsed with hundreds of people inside. Nearby workers and workers who were able to escape have organized a massive relief effort. Since yesterday, 200 volunteers have cleared four trucks full of rubble.

Sandra Romero of La Izquierda Diario News Network is among those volunteers. She says:

The situation is chaotic. The professional rescue personnel doesn’t have enough training or homogeneity to organize a rescue of this type.” On the other hand, the military is not participating in the rescue effort, and there are riot police that don’t let more volunteers pass.

The situation is terrible for the people inside. We don’t know how many people are in there, or if they are alive. I have been here for hours and we have only been able to get one person out. This really lifted our spirits after hours of lifting rubble to no avail.”

Every once in while, we wait in silence to hear if anyone is stuck in the rubble. Someone yells into the rubble asking for anyone in there to show some sign of life. The key isn’t to pick up everything, but to open up strategic areas to be able look for people.

After we organized everything and coordinated the rescue effort for hours, the military arrived and forced all civilian volunteers to stop help. There were some firefighters here, who now have to continue alone, without our help.
This government does not care about the lives of the working class, but underneath this rubble are my class brothers and sisters, people who work in poorly constructed buildings that collapse when there is an earthquake. While we spent hours searching for survivors, managers came by to drive their cars away from the parking lot. Their cars were dusty, but untouched. 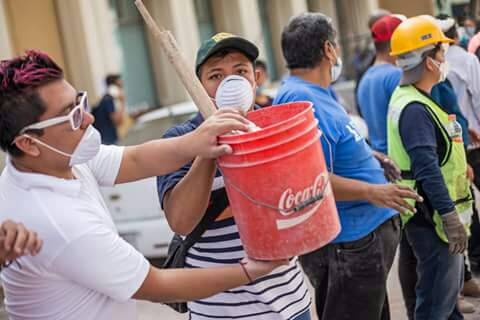