Michael Reinoehl Was Executed By the Police

New eye witness accounts have surfaced of the police gunning down Michael Forest Reinoehl while he was unarmed. 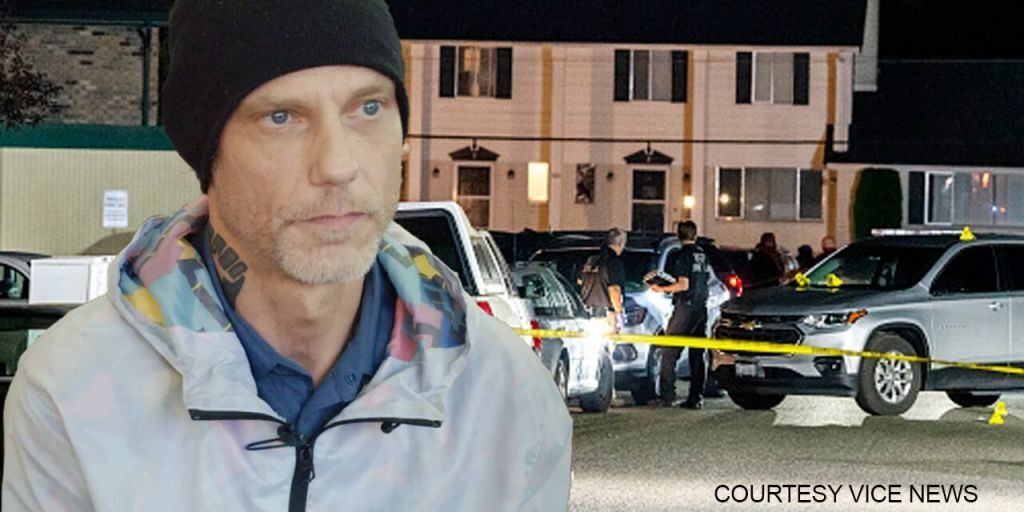 On September 3, Michael Forest Reinoehl was walking to his car, holding a cell phone and gummy worms. He was an anti-fascist Black Lives Matter organizer who was accused of killing a member  of the Patriot Prayer at a Trump rally. Officers from the Pacific Northwest Violent Offender Taskforce surrounded Reinoehl and began shooting — firing a dozen shots, without any sort of warning.

Reinoehl was executed by the police.

This is the account that Nate Dinguss, an ordained minister and neighbor, provided for The Oregonian. Federal authorities have told a different story, claiming that Reinoehl pulled a gun on the police.

That’s not what Dinguss claims. According to The Washington Post, “he watched as two unmarked police vehicles converged on Reinoehl as he walked to his car, holding his phone and chewing on a piece of candy. The officers never audibly identified themselves and didn’t try to arrest Reinoehl …”

he [ Dinguss] said they immediately began firing. When Reinoehl heard the gunfire, he ducked behind his car, which was pinned in by the law enforcement vehicles; he never tried to get inside, Dinguss said, and he never saw him reaching for a weapon. Dinguss said he watched police unleash rapid-fire rounds at Reinoehl, once pausing to shout ‘Stop!’  before resuming their fire. Dinguss added officers waited ‘multiple minutes’ before rendering medical aid to Reinoehl, who died at the scene from several gunshot wounds.

Michael Forest Reinoehl was accused of shooting Patriot Prayer member Aaron Jay Danielson.  The 48-year-old father of two had been a regular at the protests and was part of an informal security team meant to protect from far right violence. Reinoehl himself had been shot in the arm by a right-wing provocateur a month earlier, when he had tried to break up a fight between the man and a group of young people. In an interview with Vice News last week, Reinoehl implied that he had taken this action in self defense. . Trump has cheered on the execution, speaking in favor of “retribution” against Black Lives Matter activists. At a Labor Day news conference, Trump said local police should seek “retribution” against protesters and hailed the police murder of anti-fascist Michael Forest Reinoehl: “US Marshals went in, and they were not playing games. If somebody is breaking the law, there has got to be a form of retribution.” This dangerous rhetoric gives the green light to the cops, as well as to right-wing neo-fascists to attack protesters.

Danielson has become a symbol for the far right, who held pictures of him at last weekend’s far-right rally in Oregon. There, Trump supporters chased and beat up Black Lives Matter activists. As we have seen in right-wing actions around the country, the police support the neo-fascists and last weekend’s rally was no exception,with video emerging of the cops and two arrested Trump supporters happily chatting after they beat up BLM activists. In Kenosha, the cops even thanked the right-wingers, offering them water and thanking them.

Donald Trump is supporting and emboldening a dangerous far-right inside and outside of the police force to engage in violence against protesters. The execution of Reinoehl is just one more example of this violence.

We need to fight police violence, whether it is violence against Reinoehl for being an anti-fascist defending himself or Breonna Taylor and Daniel Prude for being Black in America. We will need mass movements in the streets, as well as to organize where we are strongest: as a working class. We can and should shut it down against police violence — in the streets, as well as in our workplaces.