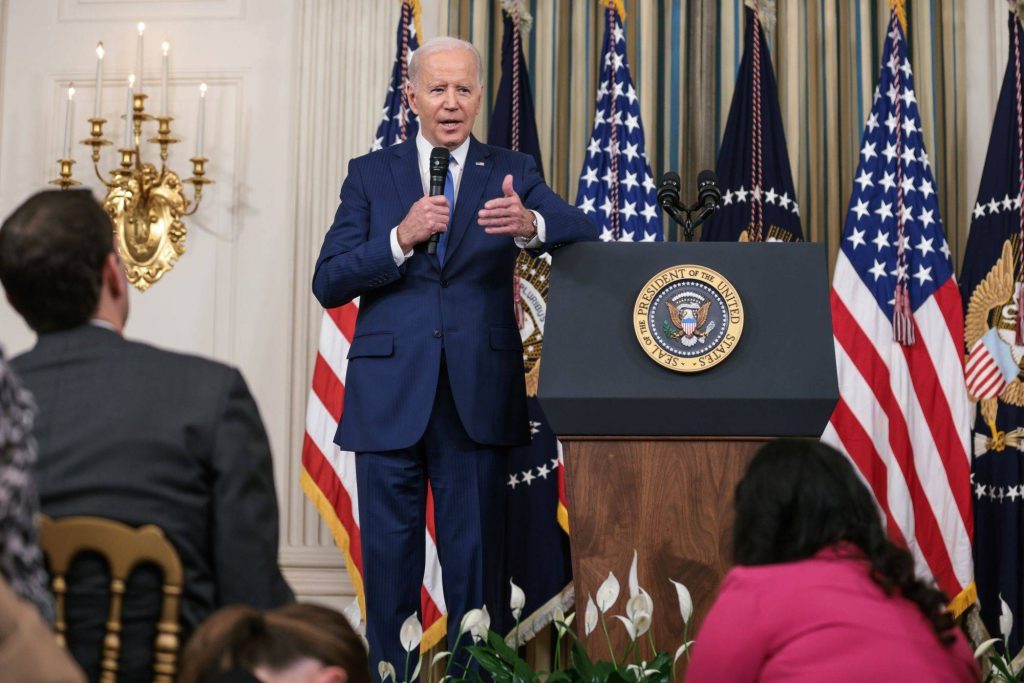 It will probably be a few days before the composition of the U.S. Congress after the midterm elections is known. So far, projections indicate that the Democrats will retain their slim majority in the Senate, and that the Republicans will regain control of the House of Representatives, but by a much smaller margin than expected.

If this is confirmed, the result will leave two years of “divided government,” that is, a sort of institutional impasse through which several presidents, including Obama, have already passed.

Even if the Republicans advance in positions of power, for example, controlling the lower house, they have been left without their “red tide” in a year that looked very favorable for an opposition triumph, with a yearly inflation rate of 8 percent. Meanwhile, the Democrats, despite President Joe Biden’s unpopularity, had a better-than-expected result, although they had nothing to spare.

The midterm elections function as a sort of plebiscite on the government in office, in particular, the progress of the economy. This year, however, other elements entered into the balance, such as abortion rights (and other democratic rights) and above all the weight of the Republican extreme right of former president Donald Trump, who at least until yesterday led the Grand Old Party almost unchallenged.

The results of the midterms show that in general terms, there was no swing to the right. And that the decline of Trump’s leadership may have begun with the defeat of the ultraright candidates sponsored by the former president, particularly in Pennsylvania and Arizona. But this definition is too general to explain the deeper political trends that have been developing since the capitalist crisis of 2008 and deepened with the election of Donald Trump in 2016.

As an expression of a right-wing “populism,” Trumpism is here to stay, although it failed to expand beyond its hard core. But this hard core of the extreme Right is an intense political-social force, not a phenomenon of occasion, arising from the deep political and social polarization that has been installed as a sign of the times, and which is expressed in a distorted way in the so-called culture wars. Almost 70 percent of Republican voters consider Trump the winner of the 2020 presidential election, and the Biden administration, therefore, illegitimate. The most ultra sector of this electoral base staged the attempted takeover of the Capitol on January 6, 2021, under the political direction of the president himself, who was trying to prevent Congress from validating the election result.

In Florida, two leading lights of the Republican Right, Ron DeSantis and Marco Rubio, won their elections, in one of the exceptions of the day. DeSantis is a kind of well-mannered Trumpist. He won with a tough “law and order” speech. He promises to defeat the “woke,” that is, “progressives.” He defines himself as “pro-life,” but unlike other Republican states, Florida has not completely eliminated the right to abortion, having limited it to the 15th week. But it does not appear at first to be a generalized phenomenon. Florida is largely concentrated in the more right-wing Latino electorate, composed mainly of Cuban and Venezuelan exiles. Although it is a warning sign.

The result leaves DeSantis well positioned as an alternative to Trump in the Republican presidential primaries. This was greeted with some relief in the U.S. imperialist establishment, which was already worried about Trump’s possible return to the White House in 2024 — especially at a time when the White House, with its role in the war in Ukraine, had regained leadership over European allies for its dispute with China.

Biden, a classic representative of the Democratic “center,” arrived at the White House driven by the “anti-Trump” wave and helped by the “lesser evil” strategy of more radicalized political sectors that both inside and outside the Democratic Party that were the basis of the “Sanders phenomenon.”

After the murder of George Floyd at the hands of the police, Biden and the Democrats managed to contain and channel popular anger into the elections. Biden’s government, however, which has become very unpopular, now has a left flank in which very interesting phenomena are expressed, among them the trend toward unionization of broad vanguard sectors in the labor movement, the so-called “Generation U,” which managed nothing less than to unionize Amazon plants and warehouses. If current trends deepen, we have two years ahead in which, according to most economic analysts, a recession is likely, and perhaps also new class battles.