Militant Journalism and the Revolutionary Left

What part can a revolutionary publication play in the fight for socialism today? 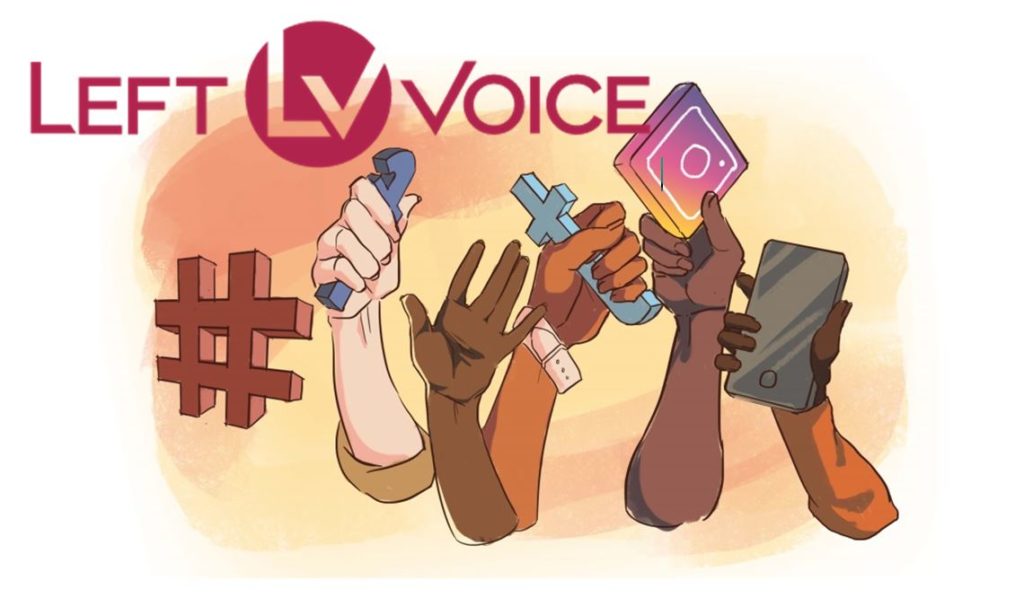 The following speech was given at the Left Voice Journalism School in October. If you are interested in collaborating with Left Voice, sign up here.

Hello, comrades. Thank you all so much for being here today — we’re really excited to meet you and for you to collaborate with us. I want to talk a little about Left Voice’s project and how we see our publication and the press as part of a larger task of building a revolutionary Left in the United States — a Left that can truly liberate all the working class and oppressed from this exploitative system.

Why, in the current moment — a moment of crisis on multiple fronts — would socialists choose to build a publication?

The bourgeois media exist to parrot the capitalists’ line on this crisis — to encourage stability where there is none, and when they cannot stretch the truth that much, to suggest that the crises we face can be solved within the capitalist system. But in this time when capitalism’s cracks are showing — a period that began way before the pandemic and recession — we’re way beyond that. A revolutionary socialist publication has a huge part to play in such moments: amplifying the struggles taking place across the world, showing the injustices of the capitalist system for what they truly are, and suggesting a path forward that doesn’t make the mistake of relying on our enemies to save us.

But that’s not everything. With problems as urgent as those we face today, we need to organize to fight for the kind of society we want to build, one that is finally free of all exploitation and oppression. We don’t have time for the lesser evil or to wage a losing battle to reform capitalism from the inside. In that perspective, Left Voice is building more than a publication. When we started out five years ago, we saw the publication as a first critical step toward a much bigger project. The dozens of people who make up Left Voice are more than just journalists — we’re organizers, shop stewards, activists, and, first and foremost, revolutionary socialists.

That means that our project is to fight for socialist revolution, one that replaces this heinous capitalist system with a government of workers, run democratically and in the service of all people’s needs. And of course, we’re not at that moment yet. But as I’m sure all of us here feel, we can’t just wait around for it to come either. We need an organization of our own, one that fights in the interests of the working class and oppressed when they come under attack, but one that always fights with the perspective of preparing for the revolution we need to liberate ourselves from this system.

But that organization can’t just come out of the blue. Especially not in a moment when the Left is so divided and the working class hasn’t had a clear example of how it can win socialism in a long time.

With those conditions in mind, Left Voice began as a publication in order to build a solid foundation for the formation of a revolutionary organization — an organization that is part of the rank and file of the working class, that is truly internationalist and independent, that has thousands of members with clear revolutionary ideas, and that has influence way beyond its forces — not only among the Left but among broader sectors of people who might be drawn to our politics. An organization that is made up of radicalized workers, and the new generation of people who have been radicalized in the wake of the 2008 crisis and both Black Lives Matter movements. An organization that is led by people of color, women, queer folks, and all those who suffer under capitalism and want to fight for socialism.

And we see the publication as our most important tool in this project, the bones of this future organization. With the website, we can serve as a hub or pole of attraction for revolutionary politics, an organizer and training ground for people who want to fight for revolution. We can have political debates out in the open and discuss how to draw revolutionary conclusions from the struggles we wage in real life. And with a website, we can reach many more people than our actual forces with these ideas, with revolutionary analysis and revolutionary strategy. If we use the website the way we want to, we can reach millions of people with those ideas, whether it’s through articles, videos, infographics, podcasts, etc.

Of course, Left Voice isn’t there yet, but we’re on our way. In just five years, we went from a website with a couple of thousand hits each month to a multimedia publication with hundreds of thousands of views. That’s thousands of people who are reading about class struggle, the pandemic and crisis, and theory from a socialist perspective. Though we’re mostly based in New York, we have comrades in LA, Philadelphia, and DC. And we want to expand our coverage to other areas — to report on class struggle and issues that affect the working class not just in the U.S. but across the world.

And this last point is incredibly important. As Left Voice, we are staunchly internationalist and anti-imperialist — we recognize that the working class is only artificially divided by borders and that we have the same enemy. We believe that socialists in the United States need to fight tooth and nail against the U.S. imperialist regime and that we cannot have a revolutionary movement that trades the fight for the working class and oppressed in the U.S. for the subjugation of the working class and oppressed abroad. That is central to how we view the website as an organizer, not just of revolutionaries in the U.S. but across the world.

I’m really proud to say that Left Voice is part of an international network of publications. We have publications in 14 countries in seven languages across the world, that reach millions of people. Those publications are linked to groups within the Trotskyist Fraction, groups like the one we hope to have here in the U.S. very soon, working-class organizations that are rooted in class struggle and that fight for revolution on a mass scale. And they use their publications to amplify and organize around these struggles and spread socialist ideas beyond their physical forces.

Just as one example, our largest group in Argentina, the PTS, made up of thousands of open revolutionary socialists, is intervening in a movement of thousands of students, people of indigenous descent, and immigrants who recently seized empty lands in the city of Guernica and who were violently evicted by a government that calls itself “progressive.” Our comrades were there on the ground covering the occupation, intervening to protect the site, and showing their millions of readers and viewers how the people of Guernica are fighting for a roof over their heads.

Examples like this can inspire movements around the world, and the socialist press is critical to amplifying these struggles to show that the working class is powerful, that it can advance with its own solutions, and that it can win.

For the website to function as the organizer we think it can, to lay the groundwork for a new Left, we need to be ambitious and creative in thinking about what a socialist publication can do — how we can use it to reach new sectors and discuss politics with them, highlight new struggles, make videos and graphics and other art that will get revolutionary ideas to as many people as possible; how to make it the voice of a new generation of people standing up to this racist, murderous capitalist state.

That’s the spirit in which we’re holding this journalism school. It’s really exciting to have you all here, and we are so excited to collaborate with you. You don’t have to agree with all of our ideas to contribute to the website, but we want to get to know you and for you to make Left Voice yours — and for you to be a part of this larger project, to help build the type of independent, working-class organization that we need to shine a light on the atrocities of capitalism and to carry forward the fight for socialism.