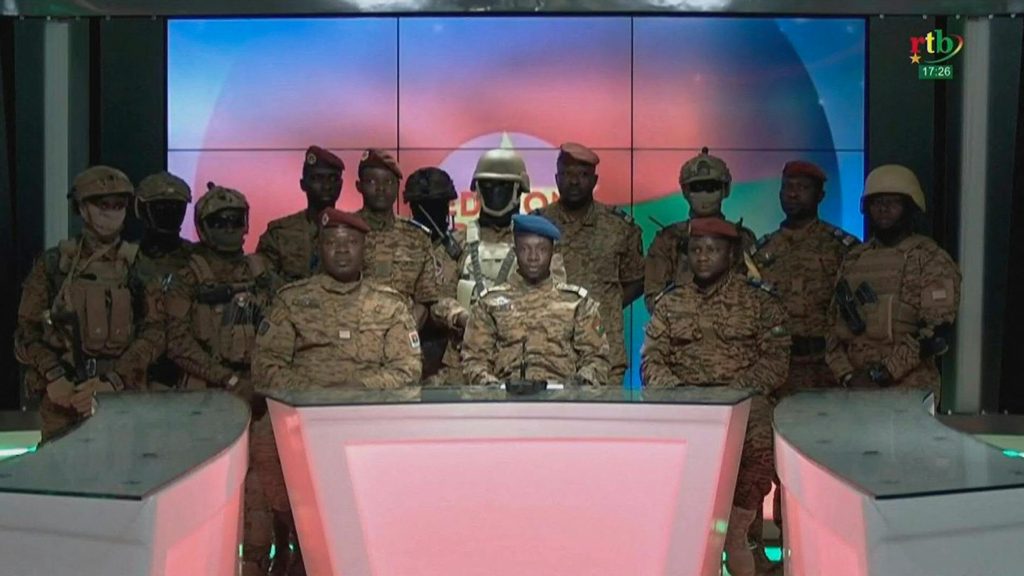 Barraged by uncontrolled attacks from Islamist groups and the colonialist intervention of the French military, Burkina Faso has seen months of protests against the government’s inability to stop the Islamists. Protesters also want the French troops gone.

On Sunday, with popular discontent continuing to brew amid a difficult social and economic situation, a group from Burkina Faso’s armed forces decided to stage a coup d’état to remove President Roch Marc Christian Kaboré, which they justified by saying that any new popular mobilization would get out of control. Detachments of mutinous soldiers rebelled at several bases across the country that day, and on Monday soldiers arrested the president, detaining him in a barracks in Ouagadougou, the capital.

Agence-France Presse (AFP) quoted a security source as saying, “President Kaboré, the head of parliament [Alassane Bala Sakandé] and the ministers are effectively in the hands of soldiers” at the Sangoulé Lamizana regiment in Ouagadougou.

On Monday morning, AFP tweeted that armed, hooded soldiers had taken up guard positions at the gate to the headquarters of Radio Television Burkina, which broadcasts entertainment programs.

The mutiny began Sunday at several bases of Burkina Faso’s armed forces. The soldiers demanded the resignation of the top officers and “adequate means” to fight the jihadists, who have been active in the country since 2015.

The government immediately responded by insisting that the rebellion was not a coup. “Information on social media would have people believe that there was an army takeover,” said Alkassoum Maïga, a government spokesman, in a statement on Sunday. “The government, while recognizing the validity of shootings in some barracks, denies this information and calls on the population to remain calm.”

On Sunday, protesters supported the mutineers by erecting barricades in several of the capital city’s main streets, but they were dispersed by police.

Backdrop to the Coup

The situation in Burkina Faso has deteriorated drastically since 2015, with the rise of jihadist movements affiliated with Al-Qaeda and the Islamic State group across the Sahel. Jihadist attacks have killed more than 2,000 people and forced 1.5 million people to flee their homes in the northern part of the country.

The French intervention in 2013, as part of Operation Barkhane, has made these attacks worse. Using the excuse of ensuring security in its former colonies, French troops have remained in Mali and Niger, as well as Burkina Faso. Meanwhile, Islamist organizations have only grown and expanded their influence in the region. Simply put, since the beginning of the French operation, the military and security situation has deteriorated.

The failure of the “war on terrorism,” which has been used to justify the military intervention in Africa, has been compounded by the multiple atrocities inflicted on Burkina Faso’s population by both the French army and its allies in the local armed forces. That is the breeding ground that has given rise to the demonstrations that surface and resurface again and again. Monday’s coup — a preemptive assault on further demonstrations — is a new chapter, in which elements of the military are trying to divert the masses’ anger at the government and at the French intervention.

First published in Spanish on January 24 in La Izquierda Diario.