The millennial generation has a bad rap: selfish, self centered and always online. The Mexican earthquake of 2017 dispels all of these myths and is forging a new definition of millennials. 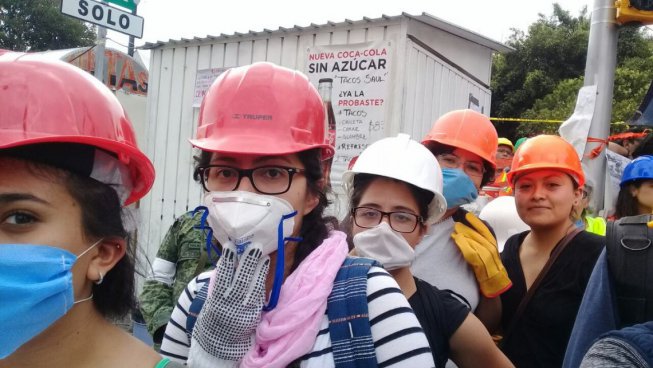 A lot has been written about millennials, usually defined as between 18 and 35 years old. We’re the children of the baby boomers and our understanding of the world is shaped by the 2008 financial crisis. Not much has been expected from us. We were born into a digital era, and many of us are well-educated and innovative. At the same time, we are maligned as egotistical, consumerist and selfish. They say we are cut off from reality, living in the world of facebook and twitter. Still, we millennials have taken part in different struggles in countries around the world– in the French Nuit Debout, the Argentine Ni Una Menos and the US based Black Lives Matter.

Mexico is a country battered by an epidemic of femicides, drug dealing, corruption, exploitation and impunity of the police and politicians. An already struggling country was recently hit hard by a 7.1 magnitude earthquake, knocking over buildings in Mexico City. Mexican youth had never experienced a similar quake. We were not born or are too young to remember the earthquake of 1985, which killed thousands. Now, in 2017, we experienced a situation like the 1985 quake in the flesh.

During the earthquake, we used our cell phones, broadcasted live, recorded and uploaded to social networks. It only took a few seconds to realize the magnitude of the tragedy.

In less than an hour, the neighborhoods of Mexico’s cities were crowded with children, workers, stay at home moms, and neighbors eager to help. We realized we had no experience in a true catastrophe when we saw the collapsed buildings with people trapped inside. We forgot about selfies, and social media “likes”. We set all individualism aside and took up the task of helping. We carried supplies, directed traffic, moved the rubble, and criss-crossed the city to find disaster areas where we could be of the most use.

Not even 24 hours had passed and we had already formed rescue teams in our schools and universities. The same social networks we use to share memes were now used to call thousands of people to the places where help hadn’t arrived yet.

Putting aside our middle-class sensibilities, we hitched rides on trailers, pick-up trucks, and even garbage trucks to the far-off parts of the city. Some of us walked. We shared cars, food, and water with complete strangers. We took shovels and buckets from our houses and bought boots, helmets, and gloves. The internet generation got their hands dirty. 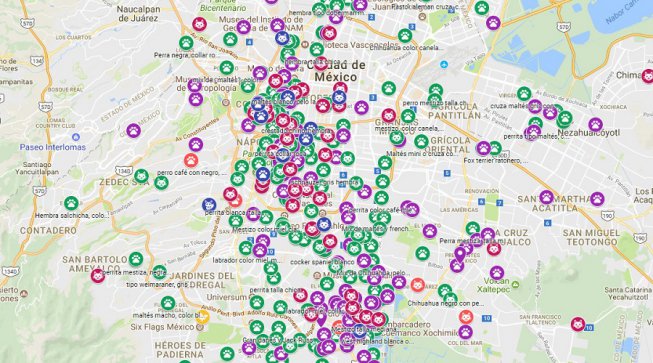 A map of areas where help was needed.

The generation that didn’t experience the horror of 1985 seemed to have an instinctive response to the disaster. We used maps of the damaged parts of the city, supply lists, aid collection zones, and above all, the strength of our resolve– the resolve to find survivors, no matter how much rubble we had to carry.

This generation has nothing to lose and everything to gain

We are taught to compete, to consume, to passively accept what happens around us. We are a generation of subcontracted workers without labor or health care rights. The right to an education is being eroded and the government and corporations want to privatize everything. We’ve been told a million times that nothing will ever change. The best we can do is look out for our own interests and climb over each other to save ourselves.

But the millennials of Mexico respond with a resounding: No. The youth that showed solidarity in the face of this disaster will no longer accept individual solutions to social misery . We won’t forget that debris was cleared by long rows of volunteers. We won’t forget that the heavy machinery — which the military attempted to use even though it could have killed survivors — was stopped by youth, workers and neighbors blocking the military’s way. And we won’t forget that survivors were found when we raised our fists to call for silence so that we could hear their voices.

This earthquake not only tore down whole areas of the country — it tore down the limits of what millennials can do when they organize side by side with the working class. 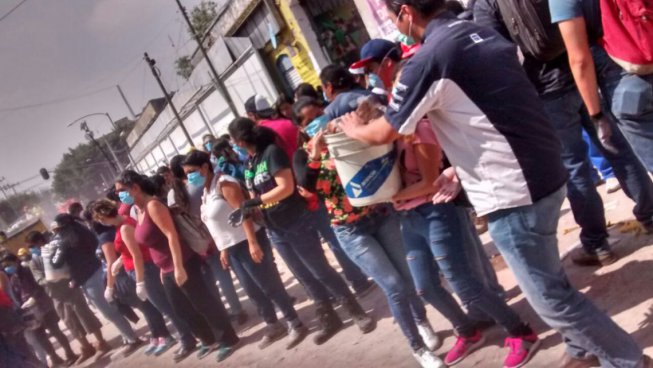