Millions on the Streets of South Korea

This year, South Korea has been the setting of important struggles and widespread discontent with the government and effects of the global economic crisis. Millions of South Koreans have gone from rejecting Park’s labor reforms to demanding her resignation in recent weeks. 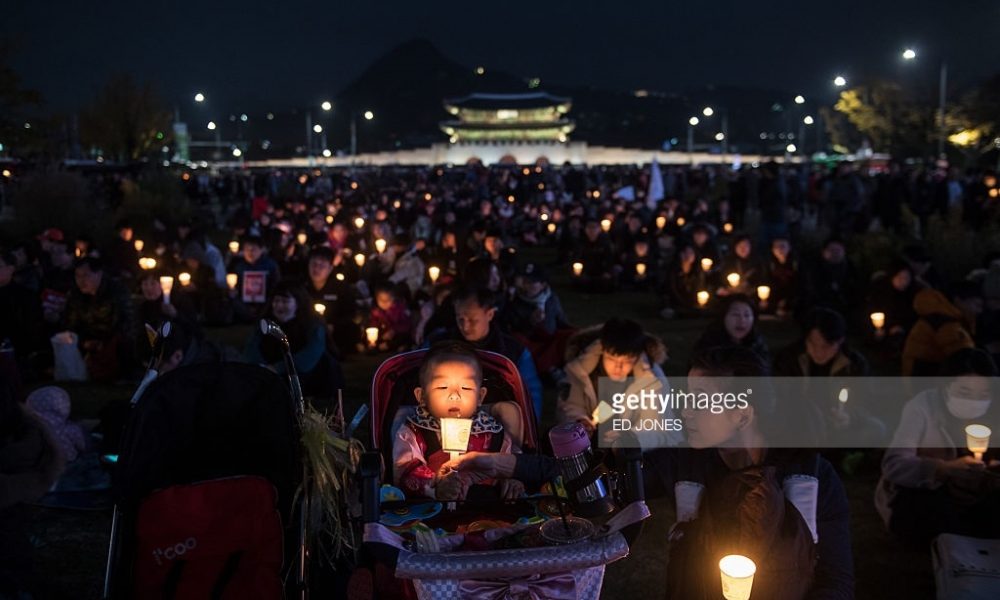 Although official media outlets have understated the numbers, organizers say up to 2 million people have taken part in the protests.

According to BBC correspondent Stephen Evans, the social situation is becoming increasingly tense: “The protesters are more raucous than they were last week–still peaceful but there’s more chanting than there was then,” he stated.

Candlelight wave at the gates of Gwanghwamun Palace.

The demonstrations have centered on the public repudiation of the president and the demand for her resignation. The largest protests are being carried out blocks away from the Blue House (presidential palace). About 30,000 members of the security forces are on guard, to prevent the approach of the demonstrations; large metal barricades have been set up around the perimeter.

According to the press, these are the most massive protests that have taken place in South Korea since the 1980s–the rallying cry, “Down with Park!” can be heard in every corner of the country.

This is not the first time that Park Geun-hye has faced public condemnation. In late 2015 and at the beginning of this year, Korean workers demanded her resignation as a result of her labor reform
bill.

The Korean Confederation of Trade Unions (KCTU) called a partial general strike in December 2015 against the new labor legislation. About 26 labor unions took part, led by the workers of Hyundai and Kia.

Yoy may interested in South Korea: The Fight Against Labor Reform and State Repression

The current corruption scandal has added considerable fuel to the fire of public discontent. These events have taken place against the backdrop of an unabated global economic crisis, which has had severe effects on the already impoverished South Korean working class and low-income sectors. It is estimated that South Korea has the largest proportion of precarious workers among countries included in the Organization for Economic Co-operation and Development (OECD).

Throughout the year, unionists and activists have denounced the government’s heightened repression. They have even accused Park of “returning to the time of the dictatorship,” alluding to the 18 years of military dictatorship under her father, Park Chung-Hee, who took power after a coup in 1961 and ruled until his assassination in 1979.

In the midst of this scandal, the South Korean government faces a serious political crisis, as high government officials and business executives are directly implicated in the corruption case. A worsening crisis in South Korea, a strategic regional ally of the United States, has the potential to exacerbate the elements of crisis that have reverberated throughout the world after the triumph of Brexit and president-elect Donald Trump.