Jacob Frey, the Mayor of Minneapolis, has tried to control the narrative since the very beginning of the current uprising, offering crocodile tears and vague promises of reforms. However, as his interaction with protesters on Saturday shows, the people of Minneapolis aren’t buying it. 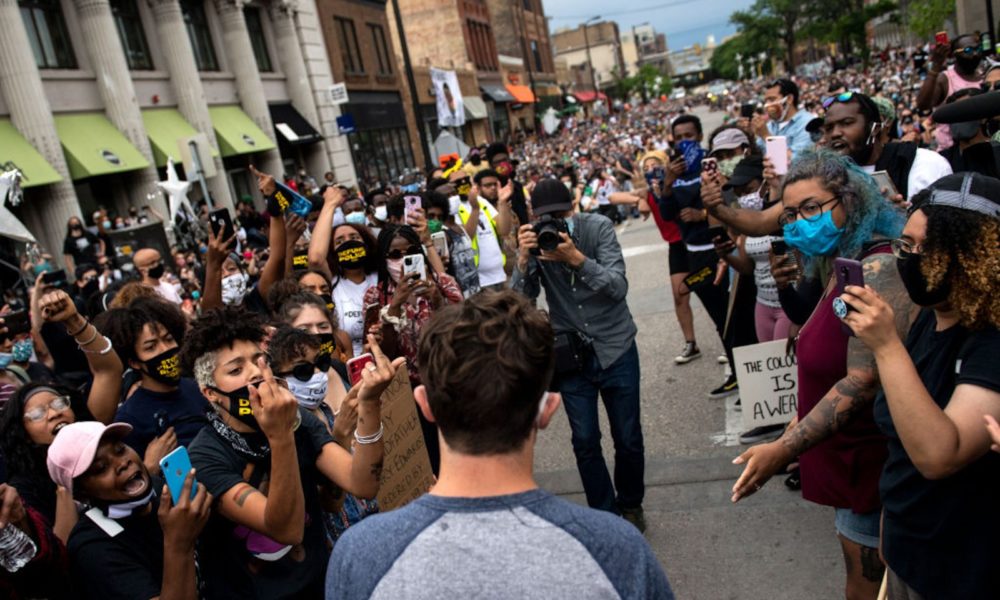 Minneapolis Mayor Jacob Frey was boo-ed out of a rally in Minneapolis today after he stated that he did not support abolishing the police. Over the past week and a half, following the murder of George Floyd by the Minneapolis Police Department, the city has been in the midst of an uprising of combative protests — including one in which protesters burned a police precinct.

Frey, a Democrat, has been struggling to find ways to dialogue with the movement. His initial attempts at sympathetic speeches were betrayed both by how long it took to arrest the murderers and his support of the harsh repression against protesters, including the use of the National Guard. However, concessions have been made. First one and then all four of Floyd’s killers were arrested, with the charges eventually getting increased for the officer who personally killed Floyd. Throughout the current situation, Frey has been talking out of both sides of his mouth: on the one hand, echoing empty rhetoric about the “system,” but on the other hand, not really proposing much of anything in response. This contradiction could be clearly seen in the rally held in Minneapolis on Saturday afternoon. Protesters gathered and marched to Frey’s home, chanting “Come out, Jacob” and demanding the defunding of the police.

Frey made his appearance at the rally in Minneapolis after an activist declared that they were no longer “asking for small crumbs” and that their demand was to abolish the police, to cheers of support from the crowd. The activist then said that Frey had “come out of his motherfucking house” and had agreed to talk with the crowd. As Frey walked to the impromptu stage, wearing a rather ironic “I Can’t Breathe” mask,  protesters jeered “come here Jacob, come here.” The activist addressed Frey and attacked him for not listening to community complaints over the past several years. They then said that the rally had only one question for Frey.  The activist demanded to know whether or not he would “vow, right now, this is the only question we have for you, to abolish the Minneapolis Police Department?”

After receiving the microphone, Frey launched into a fairly standard speech for a “progressive” Democrat. He talked about how he’d been coming to grips with his own “brokenness” and how reforms were needed in the criminal justice system. Midway through his response, however, another activist grabbed the mic. She told Frey to stop and pointed out that the question warranted a simple yes or no answer, saying: ““we have a yes or no question for you, yes or no, will you commit to defunding [the] Minneapolis Police Department, what did I say? We don’t want no more police, is that clear?”

Frey paused and then quietly shook his head and said that he didn’t “support the full abolition” of the Minneapolis PD. The crowd erupted in boos, and someone threw a bottle at Frey. As he walked away from the stage, the crowd began to chant “go home Jacob, go home” and “shame.”

The interaction was captured in a live stream from Unicorn Riot. A protester interview by the Unicorn Riot reporter summed up the situation well: “You can’t cry for a death and say no for the politics.” Frey has, since the beginning of the current uprising, tried to control the narrative of the situation, offering crocodile tears and vague promises of reforms. However, as Saturday’s interaction shows, the people of Minneapolis aren’t buying it. As the activist running the rally said, they are done asking for crumbs.