Minneapolis teachers went out on strike this morning. They are demanding increased wages, smaller class sizes, mental health support for students, and support and retention of BIPOC teachers. 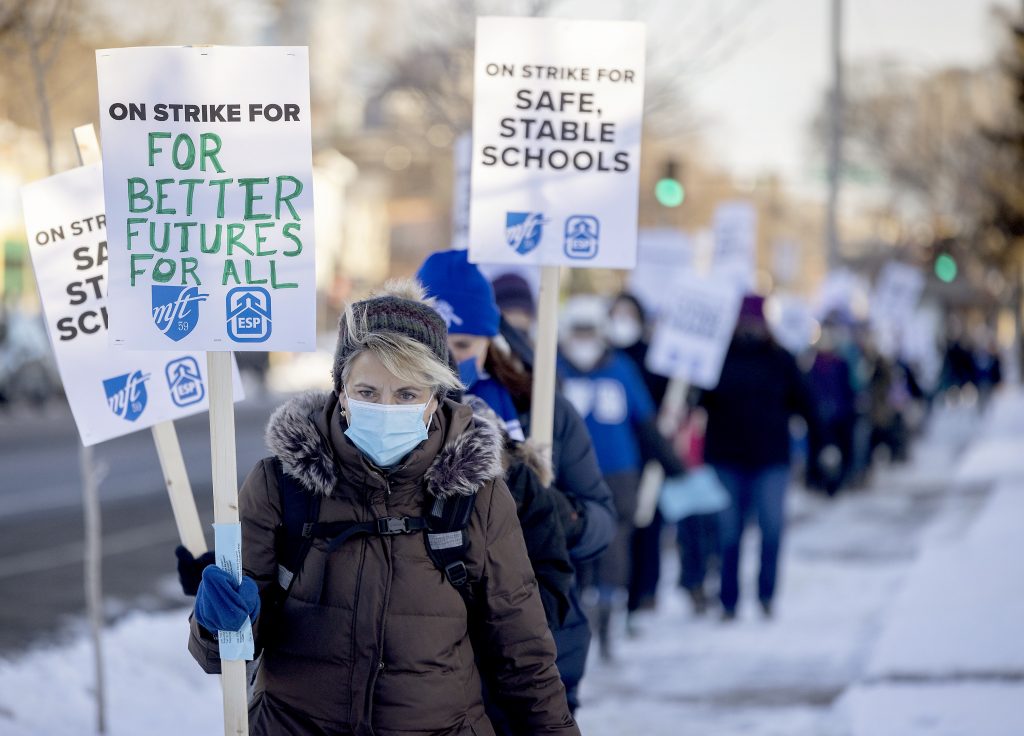 In the birthplace of the George Floyd uprising and on International Women’s Day, Minneapolis teachers and support staff have gone out on strike. At 7:00 this morning, the public schools in Minnesota’s biggest district were surrounded by teachers holding signs and chanting: “Who’s got the power? Union power!” Their signs read “smaller class sizes,” “living wage now!” and “WTF: where is the funding?”

This is the first time Minneapolis teachers have been on strike since 1970. The strike vote passed with over 97% approval; over 93% of educators participated in the vote. Teachers in St. Paul, Minnesota were also set to go on strike, but reached a tentative agreement late last night.

Among the Minneapolis educators’ demands are increased wages, smaller class sizes, mental health support for students, and support and retention of BIPOC teachers.

A central demand is increased wages for Educational Support Professionals (ESPs) — who are mostly people of color. The Minneapolis Federation of Teachers includes classroom teachers as well as support professionals in the same union, and the demands of ESPs are central. Their duties range from one-on-one support to students, to providing food, custodial, transportation, health, and interpretation services. The current starting wage for ESPs is a meager $24,000. At 40 hours a week, that’s $11.54 an hour while inflation is at 7.5 percent. Currently, workers on strike are demanding a $35,000 salary for these essential support staff.

The money is there. And teachers should go on strike until they get what they need for themselves and their students. After all, teachers’ working conditions are students’ learning conditions.

Drew Valle, a Black special education teacher in Minneapolis explained, “We want fair pay for our education support professionals who are often BIPOC and are unfairly compensated for the real work they do. I am a Black teacher and I want to see the working conditions of my peers improve.”As one ESP with the Minneapolis Federation of Teachers told the Lincoln Journal Star: “We are here to create systemic change and refuse to accept anything less.”