After 130 years, the Mississippi Constitution will no longer include the last of its Jim Crow-era provisions to keep the Black majority out of power after Reconstruction. 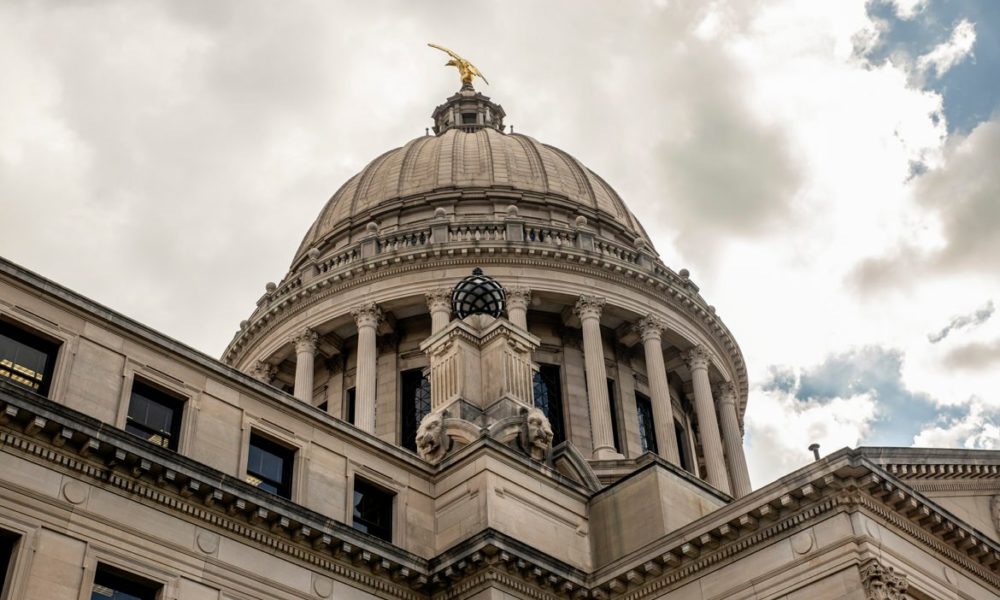 In Mississippi politics, 1890 was a very busy year. Reconstruction had ended in the state 15 years earlier, but Black people were still active in politics and were winning elections. That summer, the leaders of the state’s racist power structure got their wish in the form of a special constitutional convention. It was poised to turn back the clock.

The delegates — all but one of them white at a time when Black people were the majority of the Mississippi population — had several issues on the agenda. They addressed the building of levees for flood protection and how to regulate the railroads, for instance. But the main focus of this gathering was to disenfranchise the state’s Black majority. And so, they wrote a new constitution that focused on race. Section 207 of the new constitution established that “separate schools shall be maintained for children of the white and colored races.” Voting requirements were hotly debated, and the delegates ended up approving several voter suppression measures that decades later would become the focus of a mass civil rights movement centered on voting rights. Section 243 instituted a $2 “uniform poll tax … on every male inhabitant” of the state between ages 21 and 60 (women could not vote at the time), with a few exceptions for the disabled, and counties were empowered to increase those taxes. Section 244 required that every voter “be able to read any section of the constitution.” And section 140 required that a candidate for statewide office receive the most votes cast in total throughout the state, but also the most votes in a majority of Mississippi’s House of Representative districts.

That 1890 constitution, with some amendments, is the one that governs Mississippi to this day. A volume of the Mississippi Historical Society explains that section 140 was written to ensure white minority rule and was “the legal basis and bulwark of the design of white supremacy with an overwhelming and growing negro majority.”

The 1954 Supreme Court ruling in Brown v. Board of Education of Topeka made section 207 unconstitutional, although white Mississippians fought school desegregation with violence. The civil rights movement of the 1950s and 1960s challenged sections 243 and 244, also ruled to be in violation of the U.S. Constitution — with the 1965 Voting Rights Act sealing their fate. But it was only years after federal court rulings before Mississippians removed any of them from the constitution. Amidst all the tumult, section 140 stood — until this year.

On Election Day 2020, Mississippians overwhelmingly jettisoned section 140. The margin was huge — 72 percent voted to change the constitution — but that’s not the only thing that makes the vote significant. As Mississippi Today reported, “The vote marks the first time Mississippians on their own, without federal courts stepping in, have opted to remove from the Constitution one of the multiple Jim Crow-era provisions designed to prevent African Americans from holding office.”

The vote came on the same day that Mississippians approved a new state flag that gets rid of the old banner from 1894, which included a Confederate battle symbol. Mississippi was the last state in the country whose flag included the Confederate emblem. Anti-racist protests across the country this past summer finally moved the legislature to begin the process after years of claims that doing so would “erase” history.

The significance of section 140, often likened to the Electoral College, cannot be overstated. It was created to reinstitute and then preserve white political power in Mississippi by keeping the popular vote from deciding statewide elections. One state representative in 1890 made it very clear. He said, “There is no use to equivocate or lie about” the constitutional convention, and outlined that it “was held for no other purpose than to eliminate the n— from politics — not the ignorant and vicious, as some apologists would have you believe, but the n—. Let the world know it just as it is …. In Mississippi, we have in our constitution legislated against the racial peculiarities of the Negro.”

And he added, in a harbinger of things to come with the Ku Klux Klan, “When that device fails, we will resort to something else.”

Mississippi set a precedent in 1890 with its new constitution, one that swept the South. Over the next two decades, “Every Southern state instituted literacy tests and poll taxes to effectively remove African Americans from the citizenship they were supposed to have been guaranteed by the 14th Amendment,” writes James Loewen in Five Myths About Reconstruction. And they did it with new state constitutions, first in South Carolina, and then Louisiana, North Carolina, Alabama, Virginia, Georgia, and so on — in rapid succession.

As Dr. Martin Luther King Jr. famously said, the “arc of the moral universe is long but it bends toward justice.” It took 130 long years to repeal Mississippi’s unjust section 140. Over that period, there were a lot of ballots and a lot of bullets — to paraphrase Malcolm X’s speech of April 3, 1964. Most of the bullets in Mississippi during that period of the long arc were fired by white supremacists, but this time the ballot prevailed.