MLK Would Have Supported Striking Amazon Workers, Not an Auditorium Named After Jeff Bezos in His Library

After public backlash, Jeff Bezos withdrew his name from having an auditorium named after him at the Martin Luther King library in Washington, D.C. MLK himself would have been out on the picket lines, supporting the unionization campaigns of Amazon workers. 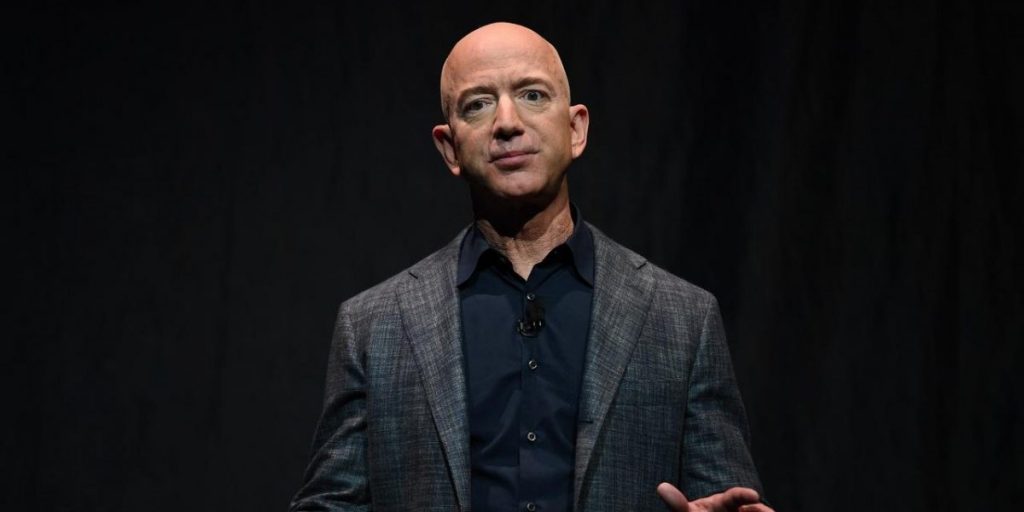 On January 26, the director and board of trustees of the Washington, D.C. Public Library system (DCPL) decided to rename the auditorium of the Martin Luther King Jr. Memorial Library “the Bezos Auditorium” in honor of Jeff Bezos, the third richest capitalist on Earth.

The Amazon owner, whose personal wealth is estimated at $184 billion, bought this self-celebration by donating $2.7 million to the D.C. Public Library Foundation (DCPLF). However, the auditorium rechristening quickly threatened to bring Bezos more embarrassment than positive PR.

The library’s namesake was no fan of capitalists. In 1967 MLK declared that “capitalism was built on” Black slavery “and continues to thrive on the exploitation of the poor – both black and white, both here and abroad.”

A few local politicians derided the renaming. The MLK Library Friends said that Bezos’s business practices run counter to King’s principles. The group’s president accused the DCPL Board of sneaking the renaming through by voting on a motion in an online “public meeting” without discussion or public comment, and without mentioning Bezos’s name. 18,000 people sent letters opposing the move via an online campaign that argued, “Bezos is on a world tour to launder his reputation.”

On February 4, Bezos beat a diplomatic retreat and emailed the DCPLF declining the honor. Denying that he had “sought naming rights” with his $2.7 million donation, Bezos suggested naming the MLK Library auditorium instead for Toni Morrison, whom he described as a personal friend — apparently because she taught his ex-wife MacKenzie Scott at Princeton University. The DCPL director immediately applauded Bezos’s suggestion.

Martin Luther King was emphatically in favor of union struggles. He embraced the interracial dockworkers union ILWU in the Bay Area, and he was supporting a strike by Black garbage collectors in Memphis when he was assassinated.

Bezos, in contrast, is the biggest union buster in the United States. Jobs at Amazon are so exhausting, insulting, low-paying, and precarious that 150 percent of its workforce turns over annually. 6,100 workers at the Bessemer, Alabama Amazon warehouse are voting right now on whether or not to unionize. They are re-running the election because even the National Labor Relations Board says Amazon cheated. Black workers make up a huge section of the Amazon workforce nationwide — and in Bessemer about 85 percent.

Thousands of workers have signed in support of unionizing at two major Amazon warehouses in New York City. Amazon was just exposed for illegally firing Daequan Smith for organizing on the job there. The company routinely employs captive audience meetings, automated text messages, and signs inside bathrooms for anti-union propaganda. It sent a threatening letter to Isaiah Thomas in Bessemer for walking around the warehouse during his break to talk with co-workers about unionizing.

The DCPL Foundation’s website spotlights a photo of D.C.’s Carnegie Library. In the early 1900s, Andrew Carnegie, once the richest man on Earth, funded the creation of 2,500 public libraries in the U.S. and Britain. The DCPLF calls Carnegie a “philanthropist and library enthusiast.” Obviously, that is how the steel magnate wanted to be remembered — not as a robber baron who stole workers’ sweat and blood and was responsible for the murder of seven workers in the 1892 Homestead Strike.

Jeff Bezos is following Carnegie’s script. Like the robber barons of 1900, Bezos is also concerned with buying political influence. This past November, he donated $100 million to Obama’s foundation (and made the gesture of asking to name a pavilion in honor of 1960s civil rights leader and subsequent congressman John Lewis). Bezos, who last year officially retired from managing Amazon, has so far kept 99 percent of his wealth.

What is he spending his money on? $500 million is going to the world’s largest yacht. MLK held that, because of the profit motive, “the giant triplets of racism, extreme materialism, and militarism” oppress African-Americans, the people of the Global South, and all poor people inside the U.S. Honoring MLK’s goals means fighting against Jeff Bezos and for Amazon workers.