Faculty and academic professionals at Temple University in Philadelphia have issued a statement calling on the AFT and the AFL-CIO to mobilize the labor movement to defend abortion rights. All unions must heed this call. 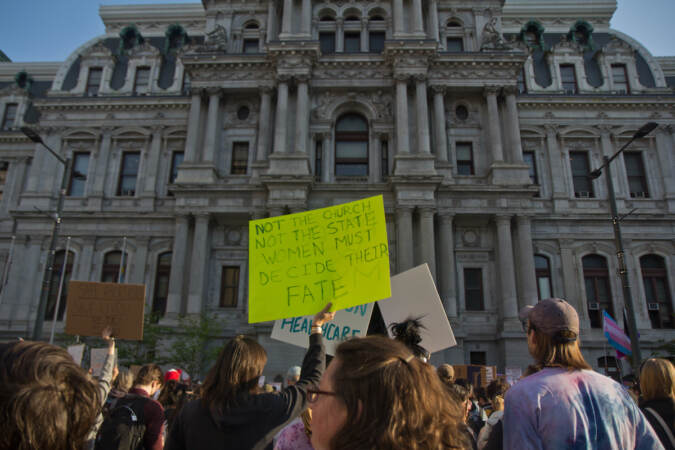 Today, my union — TAUP, AFT Local 4531 — released a statement on abortion rights. TAUP organizes the teachers and librarians at Temple University in Philadelphia.  The statement was written mainly by my union’s caucus, RAFT (Rank and File Temple).

The Supreme Court is planning to overturn Roe v. Wade. in other words, they’re getting ready to attack a key victory that the working class and oppressed won through hard, constant, and decades-long struggle.

Statements are important, but they’re not enough to defend our rights. Democrats like Biden tell us that the answer is just voting in October. But we have a key chance to influence the decision, and the ruling class’s attack on our rights, right now.  By saying the answer is voting for democrats, the Democrats are refusing to fight. That means, as always, winning is up to us — workers and oppressed people, in all our racial and gender diversity. If we want to win free, safe, legal abortion on demand, it will take disruptions in the streets and in our workplaces.

Unions must play central role in this struggle. Now is the time for union leaders everywhere — union locals, nationals, internationals, and federations like the AFL-CIO — to go all-out  to flood the streets for the national day of action on Saturday, May 14 and beyond. But we must do more than demonstrate. As workers we have the power to stop production, commerce, and the provision of services in cities all across the country. By building strikes in both unionized and non-unionized workplaces, we have the ability to follow through on the threat:

A leaked Supreme Court document shows that the Court is preparing to overturn Roe v. Wade. In other words: nine unelected lawyers are threatening one of the most basic democratic rights: the right to bodily autonomy.

TAUP denounces the Court’s preliminary decision. Abortion, as necessary healthcare, is a labor issue too. Working people must be able to make decisions about their bodies and their lives. Bodily autonomy is at the heart of labor rights!

There is far more at stake than the right to an abortion. Alito’s draft opinion also criticizes Lawrence v. Texas (in which the Supreme Court ruled that Texas’s “sodomy” laws were unconstitutional) and Obergefell v. Hodges, which made same-sex marriage a constitutional right.  According to Alito, “like abortion, these decisions protect phony rights that are not ‘deeply rooted in history.’”

This Court’s decision will do great harm to workers and the oppressed. Already women of color are suffering disproportionality from the laws restricting abortion. This will only escalate once they repeal Roe v. Wade. But it is also the working class and oppressed people who must lead the fight against abortion bans. Now is the time to fight. The Court itself claims that the decision is not yet final. It will be by summer. Thus the next several weeks give us a chance to unite in the struggle to protect the right to an abortion and for reproductive justice.

TAUP therefore calls on the AFT, and on the AFL-CIO to mobilize all our union siblings. Now is the time for us to demand: “Safe, free, universal access to abortions!”

We won’t go back.