“Mom, I’m too Tired to Walk”: Children of the Migrant Caravan

Over 1,000 children are part of the migrant exodus from Central America. What is their experience on the long and perilous journey? 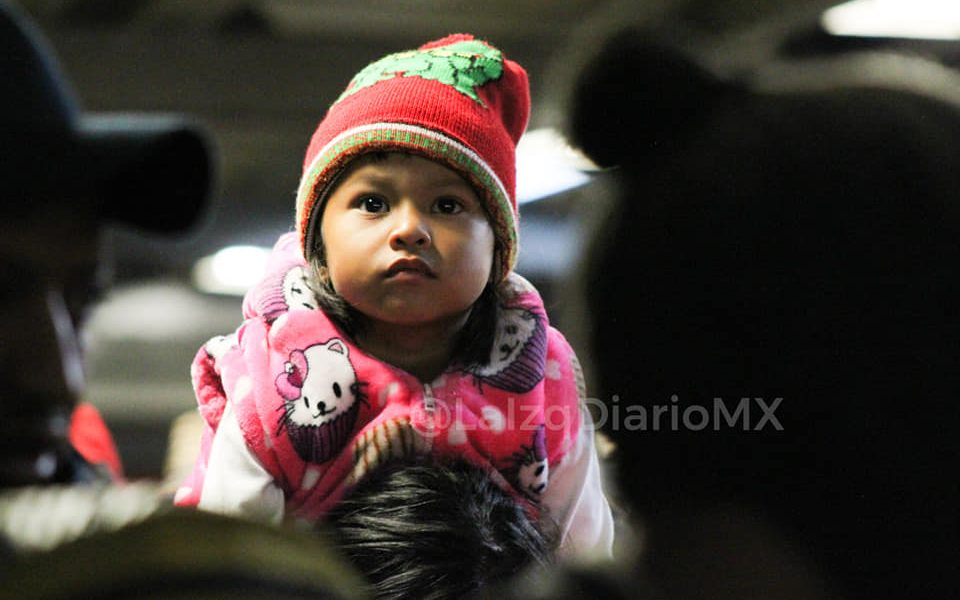 “I was just tired. Tired of waking up in the morning and my son saying ‘Mom, I’m hungry’ and having to count coins to get him a juice box. And at the same time, the big businessmen throw food away.”

This desperation and poverty drives countless families to leave Central America, bringing their children along with them. To them, 1,000+ miles of walking with children is less scary than the prospect of a life of poverty and violence in Central America. The US is direct implicated in this poverty and violence due to CAFTA, the war on drugs and a US backed coup in Honduras. Both the Democrats and Republicans are responsible for these policies.

Thousands of children have joined their parents in the long trek to the United States, traversing over 1,000 miles by foot and sometimes hitchhiking. According to organizers, some children are traveling alone in hopes of a better life in the U.S., while the majority are accompanied by relatives.

What is new about this mirgant caravan is that they visibilized the long and treacherous journey that countless migrants have taken alone or in small groups. 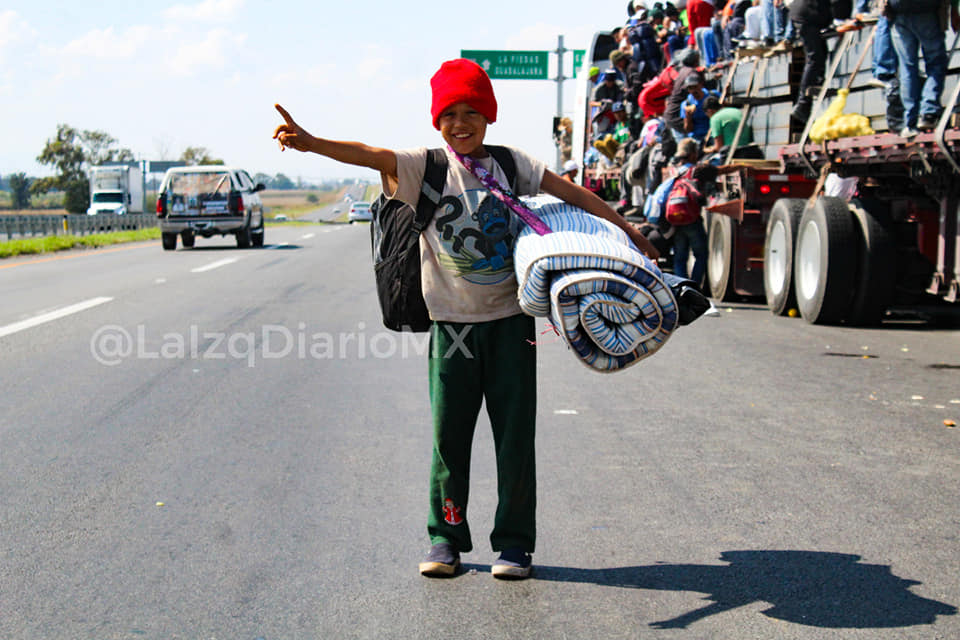 On almost all days, there are 12 hours of travel. When no trucks stop to pick up the migrants, that means hours of walking in the rain or hot Mexican sun, sometimes in up to 104 degrees. Clean water isn’t always easy to come by, which means that the migrants either drink contaminated water or go without.

Hitchhiking is also a problem. People are crammed into dark trucks or crates, an easy way to spread diseases. Others climb atop trucks with nowhere to hold onto. Local media reports that two migrants have died from falling off of trucks.

Already 100 migrants have gone missing, likely kidnapped by drug cartels. The fear of children being kidnapped and sold into the sex trade is a very real fear; it is one of the reasons that people travel with the caravan. There is strength in numbers. 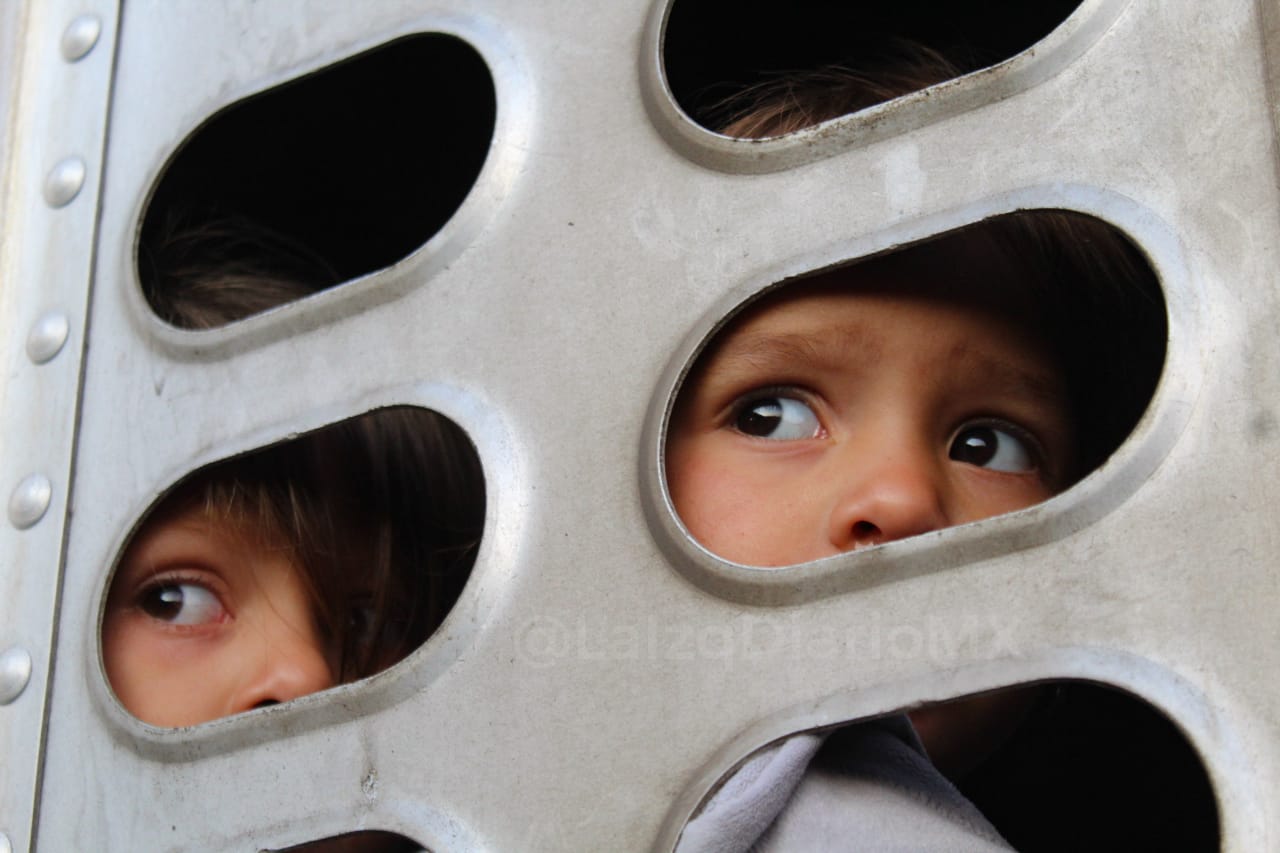 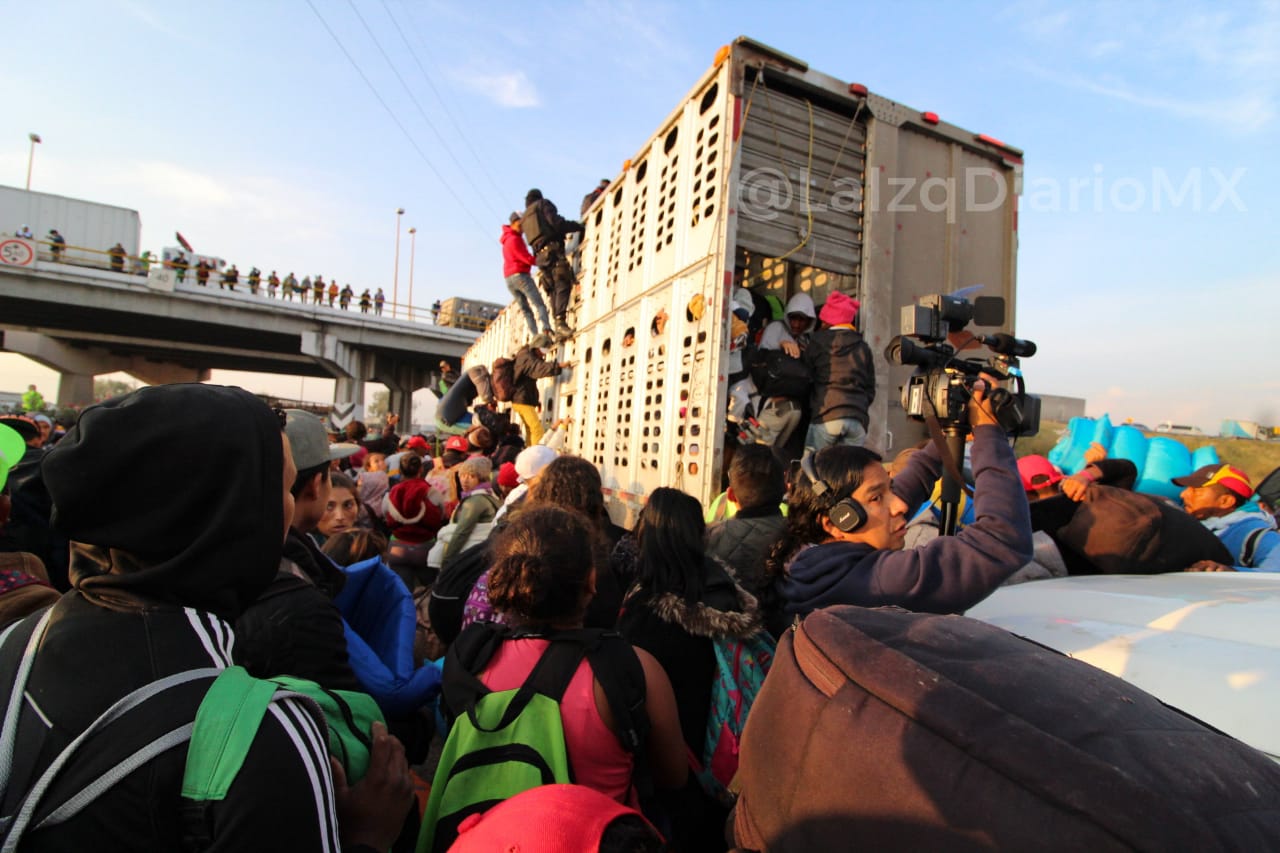 At night, the temperatures cool, but then the problem is a lack of blankets. The migrants sleep on the floor of churches and auditoriums, but blankets are too heavy to carry and are in short supply. Moreover, there are usually no showers available, and sometimes migrants can’t even find a place to wash their hands.

Manuel Valenzuela, an El Paso pediatrician has been walking with the caravan, offering health services. However, a few children have had to be hospitalized. He says that the biggest problems for children are gastrointestinal problems which cause fever, diarrhea, and vomiting, as well as dehydration, which has led to fainting. Lastly, some of the children have bronchitis, making it difficult for them to breathe. These problems are also affecting many adults, but the children are the most susceptible.

Sometimes, Mexicans provide toys for the kids: stuffed animals, soccer balls, and coloring books. One child said, “I only have clothes. No toys because my dad said it would be too heavy to carry.” 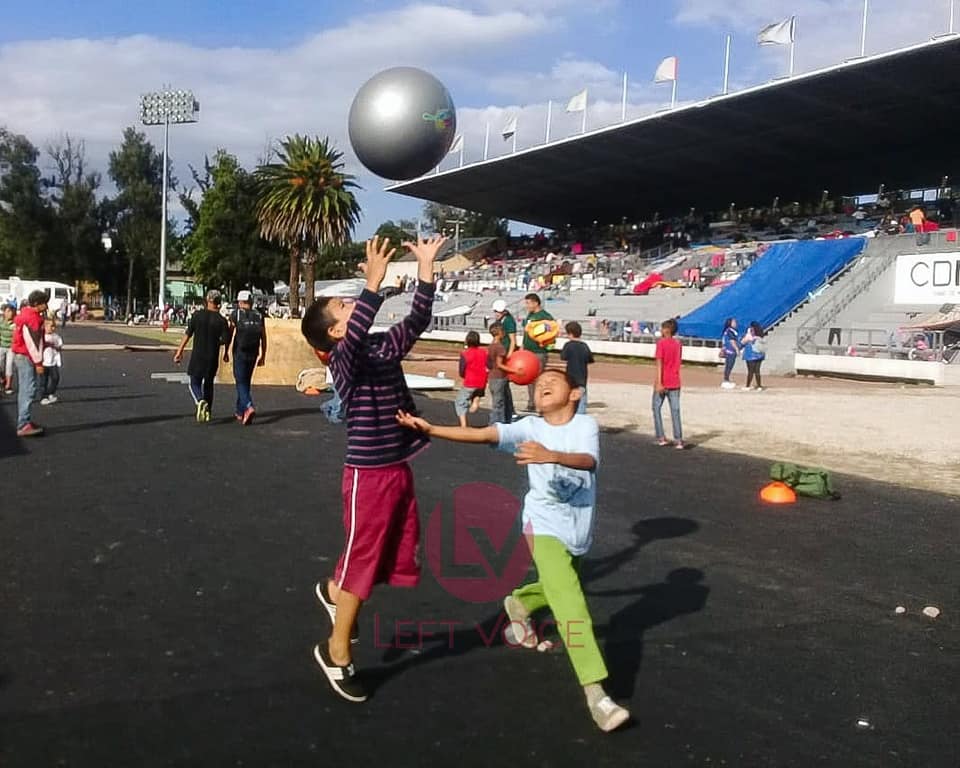 Pamela Valle, a 28-year-old from El Progreso, Honduras said, “I don’t think you can prepare children psychologically, but we have to in some way make it like a game, like telling them it’s a vacation. It’s not right, but sometimes the situation obliges you.”

These children have indeed experienced a lot on the long walk. They were tear gassed at the Mexican border, and many crossed the border on small rafts or by swimming. They have walked hundreds of miles, as most are too heavy to be carried for the entire trip.

In Mexico City, community organizations and nonprofits came to read stories to the kids. Dozens of kids crowded around the storytellers. One of the stories was about bravery, as well as solidarity and compassion with others.

Daniela, a child of the caravan says, “I have three friends, and if they gave me a piece of chocolate, I would split it in three pieces and share it!” 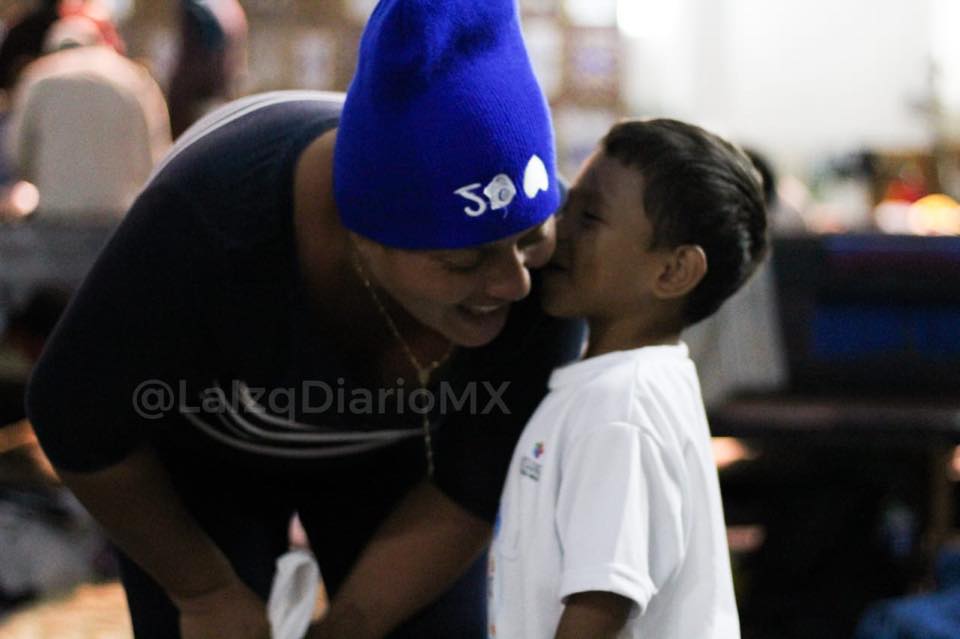 After almost a week in Mexico City, asking for help from the Mexican government and the U.N., the migrants were denied buses and had to leave on foot. Many are hitchhiking, piling into overcrowded trucks. 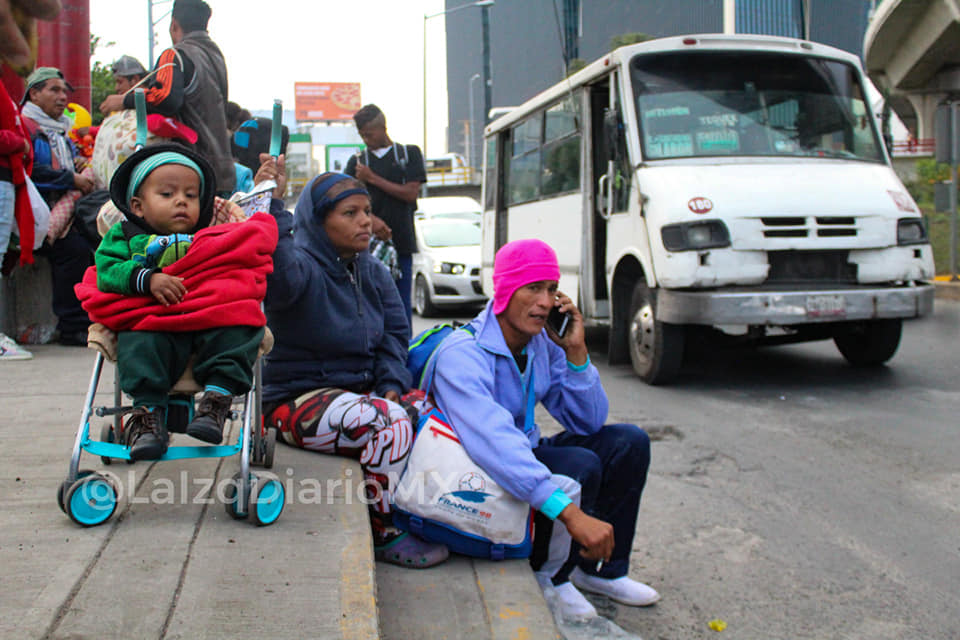 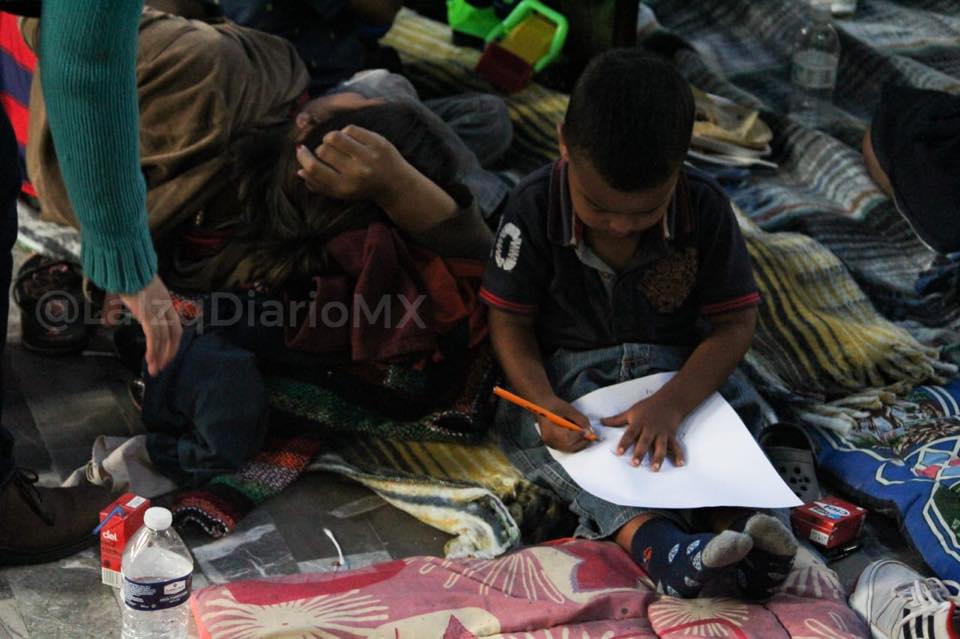 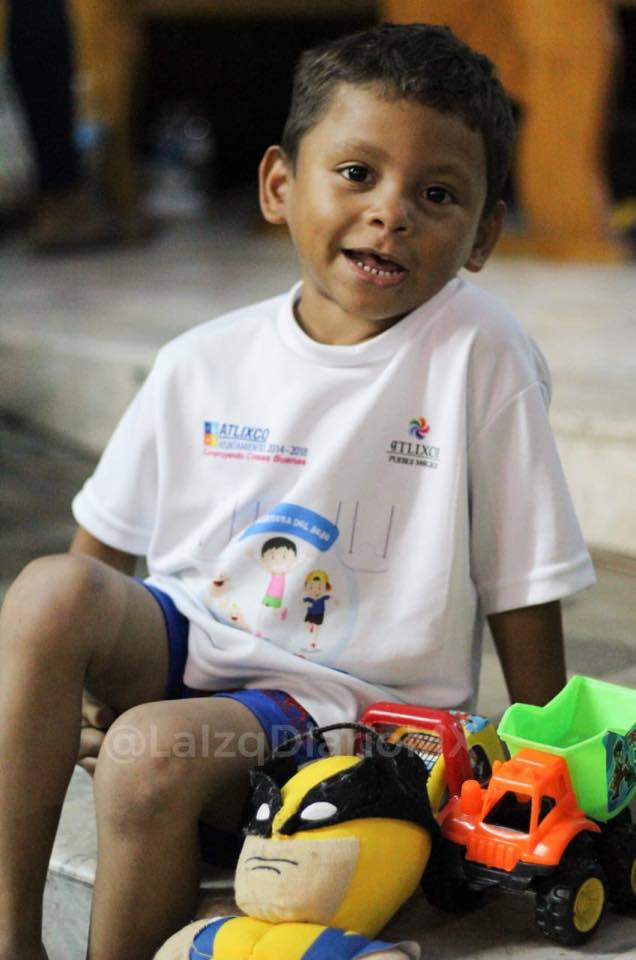 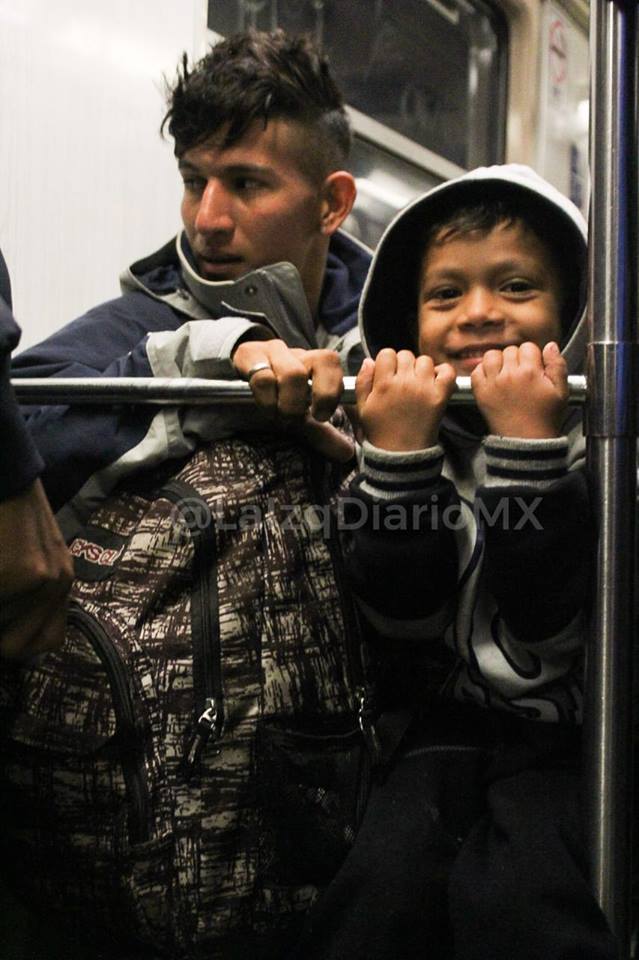