More Than Universal Healthcare: The Meaning of Socialism

Young people are turning to socialism, and Democratic Party politicians are adopting the term. But what is socialism? 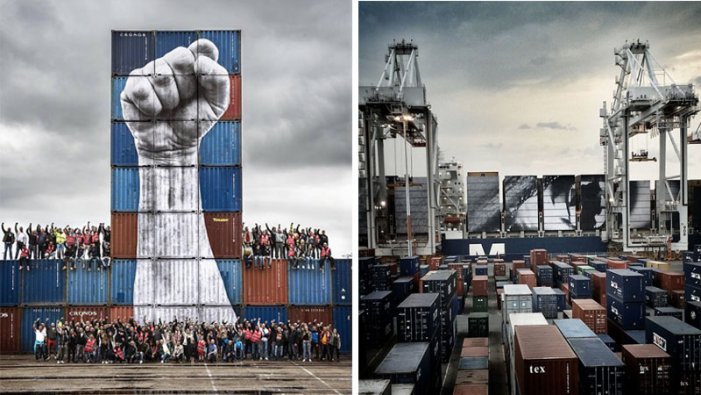 Schemes of state and municipal ownership, if unaccompanied by this co-operative principle, are but schemes for the perfectioning of the mechanism of capitalist government – schemes to make the capitalist regime respectable and efficient for the purposes of the capitalist; in the second place they represent the class-conscious instinct of the business man who feels that capitalist should not prey upon capitalist, while all may unite to prey upon the workers… To the cry of the middle class reformers, “make this or that the property of the government,” we reply, “yes, in proportion as the workers are ready to make the government their property.”

A recent op-ed in the Los Angeles Times boldly stated, “Americans like socialism now.” Increasingly among younger people, the word “socialism” has lost its Cold War stigma. According to the article, the new-found interest in socialism is linked to the 2008 crash and its recovery, “which has seen nearly all newly created wealth claimed by the 1% while wages stagnate, has led to a rebirth of the American left.”[2] In other words, for most people, capitalism just wasn’t working.

Tapping into this discontent was the campaign of “democratic socialist” Senator Bernie Sanders, who won millions of votes in his 2016 presidential run with his promises of a “political revolution against the billionaire class.” Carrying on Sanders’ mission is the Democratic Socialists of America (DSA), which has mushroomed from roughly 7,000 members in 2016 to 46,000 members in July 2018, making them the largest self-described socialist organization in the United States since the 1950s.

However, what is the meaning of “socialism” for its adherents? What do they want? One popular answer is provided by DSA member and New York Congressional candidate, Alexandria Ocasio-Cortez on Meet the Press:

“[T]he definition of democratic socialism to me, again, is the fact that in a modern, moral and wealthy society, no American should be too poor to live. And to me, that means every working-class American in this country should have access to dignified healthcare. Should actually be able to see a doctor without going broke. It means you should be able to send your kids to college and trade school if they so choose. And no person should feel precarious or unstable in their access to housing as our economy develops.”[3]

Ocasio-Cortez’s definition of socialism is unclear to say the least. What she proposes is not much more than the New Deal and the Great Society with their promises of affordable health care, social programs, housing, jobs, and higher wages. Others see a positive example of socialism in the Nordic countries with their welfare systems as a desirable socialist system.

This raises more questions than it answers. Does that mean socialism is just government programs and a welfare state? Was the Bernie Sanders campaign a socialist opening in US politics, even though he supports the Democratic Party and approves of imperialist wars and Apartheid Israel? Are the Nordic countries socialist despite hereditary monarchies and exploitative relationships with the third world?

The answer to all these questions is an uncompromising “no.” The surest way to deradicalize and discredit socialism is to empty it of all revolutionary content and make it perfectly compatible with the status quo. The simple fact is that words have meaning, and definitions matter. As socialists and communists, it is our task is to defend the revolutionary definition and meaning of socialism.

Before we can define socialism, we need to define its antithesis: capitalism. According to Russian revolutionary V. I. Lenin, “Capitalism is the name given to that social system under which the land, factories, implements, etc., belong to a small number of landed proprietors and capitalists, while the mass of the people possesses no property, or very little property, and is compelled to hire itself out as workers.”[4]

Capitalism is the system that we endure now. Workers go to alienating and exploitative jobs with no purpose, save to buy the bare necessities and while their labor enriches the capitalists, who know no other mission save profit at any cost. The capitalist drive for profit has brought bloody wars, environmental devastation, and poverty. Billions live in dire poverty. Thousands of children die daily from easily curable diseases.

In the face of all the misery that capitalism brings, it is a wonder that there is not a general uprising against their rule. However, the ruling class has the state at its command with soldiers and police ready and willing to crush any revolt. In fact, the function of the state is the same – whether in Germany, Argentina, the United States or Iran – to maintain the rule of the bourgeoisie.

The capitalists do not rely only upon the stick, but during times of crisis and the threat of upheaval from below, they are willing to concede reforms. For instance, the New Deal in the 1930s came about due to mass movements led by trade unions and communists who forced the state to make wide-reaching reforms to forestall a revolutionary challenge. Under threat, the bourgeoisie will grant every reform, save for one: power. If the capitalists lose power, then the road is potentially open to socialism.

So what, then, is socialism? We can say socialism consists of three interrelated parts: (1) the class rule of the proletariat; (2) the abolition of private control of the means of production and the drive for profit by replacing them with social ownership and production for social need; (3) finally, a lengthy transitional stage whereby society is transformed with the ultimately mission of ending exploitation and oppression in order to create communism. Let us look at all three parts in turn.

Firstly: socialism is a system of class rule by the working class. It is the historical mission of the working class to emancipate itself and all the oppressed by overthrowing the capitalists and establishing their rule over society. Marx and Lenin identified this as the dictatorship of the proletariat. While the word “dictatorship” may leave a sour taste in the mouth, what they meant was something different than its modern meaning. The dictatorship of the proletariat is the beginning of real democracy for the vast majority of the people. As Lenin said:

Examples of the dictatorship of the proletariat in history are those new organs of popular power and broad democracy that arise in revolutionary upheavals like the Paris Commune of 1871 and the Russian soviets of 1917. In other words, socialism means for the first time in history that ordinary people truly govern, which allows them to transform society. By contrast, a “socialism” that defends the privileges of a bureaucratic elite or that denies democracy is both a fraud and a lie.

Secondly, socialism means the end of capitalist control of the means of production and the drive for profit by replacing them with social ownership and production for social need. Under socialism, the means of production will pass out of the hands of the capitalists and into the hands of the workers. This transfer of ownership is the first step toward ending the dominance of the rule of profit. In place of the anarchy of the market, socialism will institute a planned economy to provide for the needs of the vast majority. However, the goal of a planned economy is not merely increasing the number of factories or production outputs, but to enable the working class to consciously control production to decrease inequality. When the economy is under control of the working class, then planning does not express the law of value and profit but instead meets the needs of the people.

Lastly, socialism is a protracted process of transformation with the aim of eliminating classes and inequality throughout the world in order to realize communism. This cannot happen at once, as Marx notes: “What we have to deal with here is a communist society, not as it has developed on its own foundations, but, on the contrary, just as it emerges from capitalist society; which is thus in every respect, economically, morally, and intellectually, still stamped with the birthmarks of the old society from whose womb it emerges.”[6]

The realization of communism is a long-term goal to overcome millennia of exploitation and oppression. At the same time, there are holdovers from the old society and the danger that they can block further social transformation. As the example of the Soviet Union shows, when a bureaucratic caste usurps the rule of the proletariat, the result is the restoration of capitalism.

Ultimately, socialism is not the end goal. Rather, it is the road we must travel to the real goal: communism. We are unapologetically fighting for communism. Communism is the abolition of all classes, exploitation, states, and oppression. It is a society that will allow the full development of humanity to its greatest potential. If socialism does not lead to communism, but compromises on the end goal, then it is not worth fighting for. As the English Marxist William Morris said:

“I will begin by saying that I call myself a Communist, and have no wish to qualify that word by joining any other to it. The aim of Communism seems to me to be the complete equality of condition for all people; and anything in a Socialist direction which stops short of this is merely a compromise with the present condition of society, a halting-place on the road to the goal.”[7]

Many who are attracted to Bernie Sanders, Alexandria Ocasio-Cortez, and the DSA are no doubt sincere in their desire for a better world, but the socialism they defend falls far short of the goal of a truly liberated society. Electing politicians, no matter how well-meaning, to legislate a twenty-first century New Deal is not socialism. It substitutes reform for capitalism as the goal as opposed to its overthrow. It is a different road than a socialist one. Socialism has the goal of suppressing the freedom to enslave and exploit, bringing about real democracy for the vast majority, and opening the way to communism. If we are serious about socialism, then we should settle for nothing less.