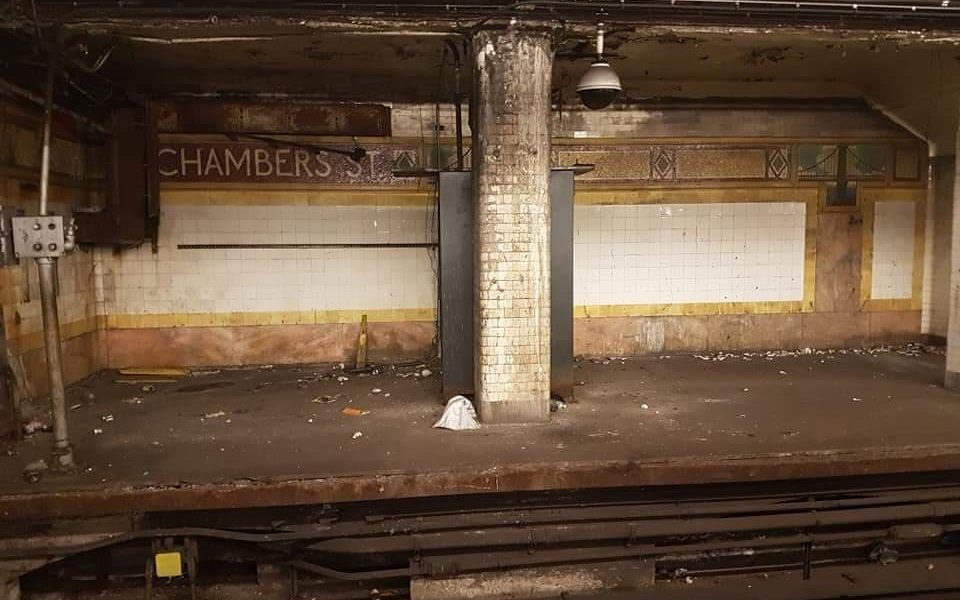 Photo by Signy A.

Once again the New York City Metropolitan Transit Authority (MTA) has raised the subway and bus fares, but major improvements in service, safety, and accessibility remain elusive. As of Sunday, April 21, the price of a 30 day Metrocard increased from $121 to $127, the 7 day unlimited went up to $33 from $32, and the express bus fare increased from $6.50 per ride to $6.75. The MTA is also eliminating the 5% bonus on pay per ride cards.

Despite the extra money from this and past fare increases (effectively a tax on working class people), subway stations and trains remain inaccessible for many, including people who are disabled, elderly, carrying large bags, or are with small children. Most stations do not have elevators, while those that do may be far apart, affected by train reroutes, or simply have elevators that are not working. Some larger stations may be accessible on one line but not another. For example, the Union Square station has an elevator down to the N/Q/R/W platform but not to the 4/5/6 platform. The 4/5/6 is one of the busiest lines in the city. While longtime residents may be familiar with which stations are accessible and which are not, this information may not be easy to find for visitors. Sometimes elevators can be hard to find inside the stations that do have them. The inaccessibility of many stations received brief mainstream attention this past January when Malaysia Goodson, a woman visiting the city from Connecticut with her infant daughter, fell down the stairs and died while struggling to carry a stroller on the station stairs. There is no elevator at that station, the Seventh Ave B/D/E. Some believed that a medical condition may have been to blame, but if she did have a medical issue it only further highlights the critical and immediate need to make stations accessible.

In 2016, the MTA was sued by disabled rights groups for violating the Americans with Disabilities Act, specifically by not installing elevators during station renovations. In March, a judge agreed, ordering the MTA to install an elevator whenever a station without one is renovated in a way that affects its usability. The US Attorney also sued the MTA for the same reason in 2018. These lawsuits have not resulted in any substantive change to the subways, and people with disabilities continue to suffer.

Even outside of serious incidents, the subway system can often be a struggle to use. The stairs to exit the north end of the 33rd St 6 station are so long that two separate landings were required. There is no elevator at this station. At the Halsey J station, there is only one useable stairway on each side, often leading to long delays to exit the station during peak times (not to mention the hazard if an evacuation were required when the platform is crowded). There is a stairway at the other end of that platform, but it is always locked up, and there is no elevator at this station either.

Under the ADA, disabled people must be given priority seating on trains. Sometimes this actually happens if a person looks elderly or has a cane, but a number of disabilities are not benefited by a visible assistance device (including many chronic illnesses). For a disabled person traveling alone, it might not always be safe to ask to sit, especially if said person is a woman and/or visibly trans. While many abled riders may kindly offer their seats, some will question a person who doesn’t meet their idea of what a disabled person looks like. When scrutinized by a more aggressive person, a disabled rider is then vulnerable to further appearance or identity-based harassment. This may be rare, but who wants to take the risk? One possible solution would be to increase the number of trains running, thus reducing crowding. To do that safely on most lines would require implementing Communications-Based Train Control (CBTC), which currently only exists on the L and the 7. Not an easy or cheap fix, but most readers will likely agree that it would be a better use of the city and state’s resources than many other things that this money is currently spent on (such as the city contributing over $5 billion to the Hudson Yards “Vessel” complex).

Safety on station platforms has also long been a concern, and dozens of people are struck by or killed by trains every year. Just the other day, a person was struck by a train and killed at the 1st Ave L station. Besides the tragedy of a completely preventable death, the incident resulted in significant delays across much of the subway system. This was made worse by a signal malfunction on the J line, which is the other line that serves Northern Brooklyn. Signal malfunctions happen almost daily, as the reports from the NYCT Subway twitter account attest.

Excessive heat in the mostly unventilated stations is another major concern. One day in the summer of 2018, the 4/5/6 platform at Union Square was measured at 104 degrees F. When the temperature outside approaches this level, a heat advisory is issued. Nearly anyone would call such a temperature very hot (and given that this is New York it is also very humid), but for people with chronic health issues it can be downright dangerous.

With the L train tunnel project set to begin this Friday, one group of transit workers have raised serious safety concerns. The demolition of sections of the bench wall that were damaged by Hurricane Sandy will release clouds of silica dust. Silica dust is known to cause lung disease and lung cancer if inhaled. The original project plan was to completely shut down the L train for over a year. But earlier this year, Cuomo suddenly changed all that. Now the L will run with greatly diminished service during nights and weekends. The group of transit workers say that this plan does not leave enough time to clean up the dust to safe levels before the next train comes through. They have also raised concerns about the safety of the damaged wall itself because of the risk of both collapse and fire. The walls contain electrical cables and are in close proximity to the tracks. Trains in operation often produce sparks. Track fires have been caused by sparks igniting litter. The MTA has insisted that they can sufficiently control the dust and will monitor the air quality in the tunnel.

Under the original plan, 14th Street in Manhattan was to be made for bus use only, which would have let the M14 buses run faster there and would have created a small car-free zone in central NYC. Crowding at a few high-traffic L stations is expected to be severe, potentially even dangerous. Streetsblog detailed the difference between the original plan and Cuomo’s new plan.

New York City is one of the wealthiest cities in the world. Its subway system has been systematically underfunded for decades, and much of the switching and signaling system is over 100 years old. With more funding, CBTC would allow the position of each train to be known much more precisely. This would boost capacity by allowing for more trains to run at once on the same tracks and also increase safety. Installing platform doors in stations would prevent people from falling, or getting pushed, onto the tracks; this measure would also help to keep trash off the tracks, thereby reducing the likelihood of track fires, which are a constant source of irritation and delays.

In New York, a well-functioning subway system could be easily paid for via several means. Besides fare increases that mostly hit the working class, a number of ideas to fund upgrades and improvements have been proposed. A proposal for congestion pricing, which would place a toll on access by car to Central and Lower Manhattan, is already being studied by the state government and a plan might even be approved this year.  But there are much more direct funding sources, none of which are being discussed or debated: taxing real estate development and second homes, taxing the rich and taxing Wall Street. New York City is one of the wealthiest cities in the world, home (or the second or third home of) many of the country’s rich and famous. While the subway falls apart, over 250,000 apartments are sitting empty, many of which are luxury apartments owned by the wealthiest as a way to access the city but avoid its taxes. In this sense, we have to reject the narrative that there just isn’t money to fix the subway.

If all available sources were tapped, the subway system could dispense with charging a fare entirely. And why shouldn’t it? Even the UN, far from being leftists, have recognized freedom of movement as a human right, and free access to safe, fast, and accessible transit would have the greatest benefit for those who most need it — homeless people, disabled people, and the entire working class.